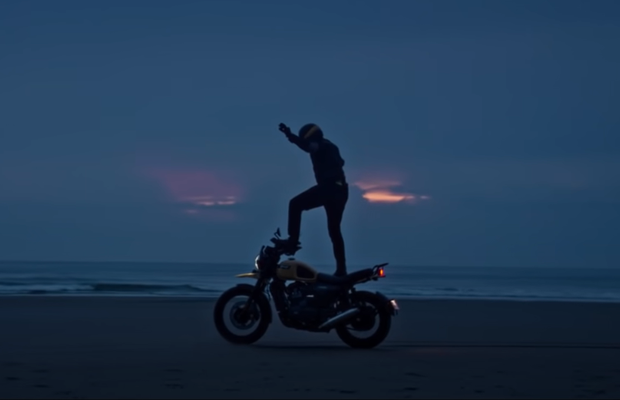 The much-awaited launch of the cult brand Yezdi by Classic Legends was done with a disruptive and non-conventional film that unveiled its daring positioning – #NotForSaintHearted. Conceived by Lintas Live, a digital-first creative PR agency, the campaign is based on the insight that the fearless, fun-loving motorcycle that Yezdi was, was more than just a motorcycle – it was a state of mind, a way of life. Yezdi is back thundering thrice in three new avatars – all notorious and borrowing hugely from its wild past. It’s a ride reserved for the not-so-saint-hearted.

Yezdi’s campaign not only talks about the launch, but also displays its young, unorthodox, spontaneous and rebellious attitude. It showcases a fearless, fun-loving storyline that may not be amusing for the ‘saint-hearted’. It rides on the feeling that occurs when you are journeying through life – the realisation that there are things you can do and there are things that are off limits; just like a ride on Yezdi that’s reserved for the not-so-saint-hearted.

Commenting on the campaign, Anupam Thareja, co-founder, Classic Legends said: "Yezdi has transcended many dimensions to offer meaningful and distinctive stories to motorcycling enthusiasts. All motorcycles run on roads, but the Yezdi runs in the blood, and I have always wanted to go after rekindling that feeling. Our campaign showcases an attitude that gives a youthful heart a sense of direction, allowing it to test its limits with ‘Yezdi, #NotForSaintHearted'."

The campaign film displays distinctive character elements emphasising the sense of adventure and encourages one to embark on challenges that are off-limits. The film is centred around protagonists who don’t know the saintly stuff but believe that it is good for the rest of the world to remain sane to stay within limits. Lintas Live tastefully highlights that if the world didn’t have the non-saints, there would have been no cautionary tales for the good boys and girls.

Speaking on the campaign idea, Sarvesh Raikar, Creative Head, Lintas Live, said: “Rebuilding this fearless and fun-loving brand was quite a journey, it’s like picking up a Shakespearean classic and rewriting the narrative for today. Especially because we decided not to dwell too much into the past imagery, but to recreate the timeless Yezdi state-of-mind.  The goal was to reflect the mindset of Yezdi Mad-Men who seek out challenges and adventures and strive to achieve them in a way that pushes them to challenge their limits.”

The campaign is already live across the brand’s online platforms.