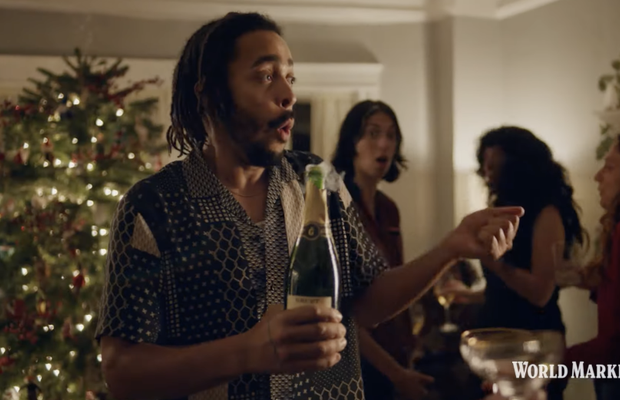 barrettSF is launching ‘Make It Magical,’ World Market’s largest campaign this year to position the specialty-import retailer as the holiday destination.

The campaign will break with digital and social on October 18th and run through December 20th with a 60, 30, 15, and 06 second spot as well as three 15 second product-centric spots. ‘Make It Magical’ will run on regional TV and radio in the Los Angeles area and online and on social media nationally.

For the 60-second spot, barrettSF recreated the holiday classic ‘Sleigh Ride’ out of sounds made by World Market products. To do this, the agency worked with acclaimed director Mike Mills and composer Roger Neill to discover and build the song with the perfect product sounds. From the sound of glasses clinking and knives chopping, every World Market product and its sound was considered. On top of building the song, the team worked closely to integrate the sounds and build of the song seamlessly into the story of the spot: a family getting ready to host a holiday party for their friends and family.

“In creating something so interconnected and precise, the process was almost like reverse engineering a spot, so that was certainly new for us,” said ACD Byron Wages. “That said, we were in incredibly capable hands with Mike Mills. He worked with us to make something deceptively complex appear incredibly simple. His creativity and thoughtfulness remain unmatched.”

Shorter spots (:15) that focused on products took the idea of 'magic' a bit more literally, showing how smaller products like a cocoa mix, an ornament, and a snow globe might add some unexpected magic to the holidays.

“‘Make it Magical’ perfectly captures what we wanted our holiday campaign to convey,” said Colleen Cavanaugh, vice president of creative at World Market. “All of us focus on others during the holidays, and that's the true magic of the season. Whether it's decorating your home, hosting a party or picking out the perfect gift for everyone on your list, World Market plays a role in making all the moments of the season special.”

Holidays are critical for retailers, and 2021 will be a holiday season unlike any we've seen before: a return to in-person festivities, long-held traditions and tables filled with loved ones. World Market is eager to get back to holidays on its own terms and is poised to win big. From gifts and décor to entertaining staples and food and beverages, it has everything to help customers go all out and make their return to in-person celebrations as festive and memorable as possible.

The campaign is intended to drive online and in-store traffic and sales in the fourth quarter as well as build brand awareness and affinity through impactful creative that engages current and new customers. It prominently showcases all product categories and educates viewers on what World Market has to offer.

World Market’s audience has held steady over the years with female-skewing adults ages 25 to 49.

Madwell, The Ad Council and NHTSA Tackle the Topic of Drug-Impaire­d Driving