Are NFTs just the latest tech bubble or a lasting and transformative technology? REWIND explores... 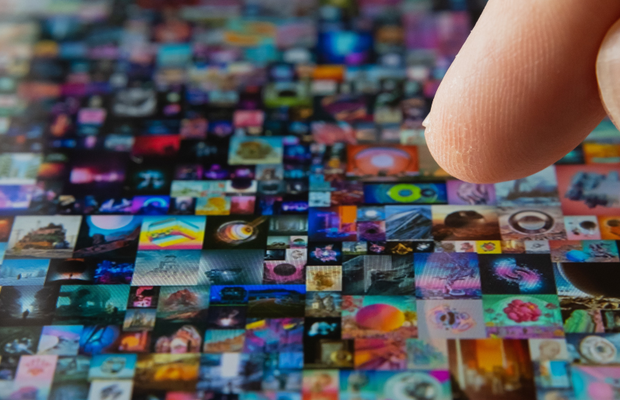 You might have heard the term Non Fungible Tokens (NFT) used a lot in the media recently. Although they’ve been around for many years, interest in the space has rapidly increased after reports of multi-million-dollar sales of NFTs.

NFTs track the ownership, guarantee authenticity and allow the monetisation of digital artefacts. But are they just the latest tech bubble or a lasting and transformative technology?

NFTs are a type of cryptocurrency that hold assets like art, tickets, and music rather than money. The “token” part refers to the fact it is a blockchain-related product — they are encoded using the blockchain — the same digital ledger that powers cryptocurrencies like Bitcoin.

The “non-fungible” bit comes down to the difference between assets. In economics, a fungible asset is something with units that can be readily interchanged, like money. For example, you can exchange a £20 note for two £10 notes and the value would be the same. However, if something is non-fungible, this is impossible as it has unique properties so it cannot be interchanged with something else. So if you were to lend your friend your car and they returned a different car to you, that would be unacceptable — your exact car is non-fungible.

How do they work?

A rare painting is coveted and scarce, it has monetary value but it also gives the owner social worth which adds to its value. Your child’s first painting has sentimental value because of the memories it evokes — to you it’s priceless but it’s more than likely worthless to others (unless your child becomes a world-famous artist). We are all different with different tastes and preferences which impacts how we value things. 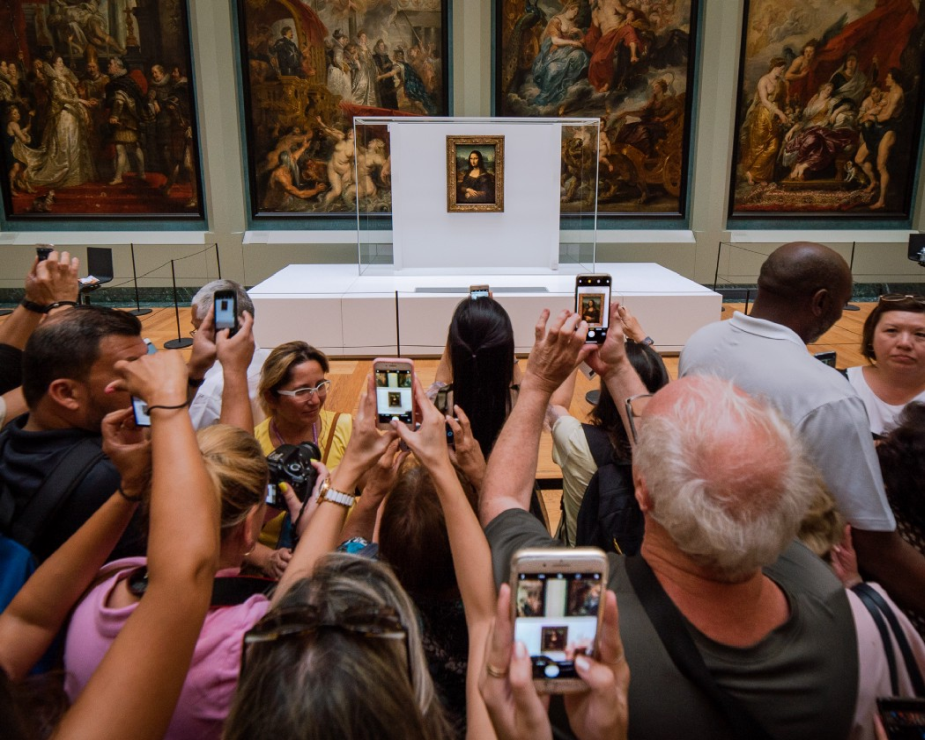 Photo by Mika Baumeister on Unsplash

Until now, we haven’t had a secure system for valuing digital items. Digital files can be easily and endlessly duplicated, so NFTs create a digital certificate of authenticity and ownership that can be bought and sold. Anyone can see the details of any NFT transaction and access records of who owns what.

NFTs are not just a niche art thing and in the future, we could see them being used to watermark all manner of objects — from source code to a volumetric capture of a performance — any digital possession.

Crypto is hard to get into unless you are already working in finance, technology, philosophy, and geopolitics, but NFTs have allowed the artists and craftsmen in, creating a wonderful convergence of tech, creativity, and finance.

Whilst the hype around Beeple’s digital art that sold at auction for a cool $69.3m has raised awareness of the term NFT, what many people won’t know is that the innovations, movements, and platforms around NFTs are vast and have been around for a while. There’s already an Instagram-like experience for NFTs—Showtime—a social network for crypto art.

At the helm of it all is Metapurse. The self-proclaimed “authority in NFTs” purchased Beeple’s work and focusses exclusively on the up-and-coming world of blockchain-verifiable projects. Whilst the fund is partly responsible for the sudden media attention around NFTs, it has quietly spent the past several years amassing what might be the world’s biggest collection of tokenized collectibles and art.

And now there are plans to build a virtual museum to house and display Beeple’s art…in the Metaverse.

The Metaverse, another buzzword, is a persistent shared virtual space providing an experience that spans and operates across platforms and the real world. According to Twobadour, whose position is described as “Steward of Metapurse,” the virtual museum will only be accessible via virtual reality headsets because they felt the piece deserves a truly immersive viewing experience.

What’s the Metaverse got to do with NFTs?

Writing in a blog post, Metakovan the founder of Metapurse, said of his journey so far, “All of these experiments and opportunities seemed to coalesce into one big world: a Neal Stephenson-like Metaverse, built on virtual reality, virtual currency, and NFTs.”

The appeal of the Metaverse is that it will allow anyone to create, buy, and see NFT art in an engaging way—VR elevates works higher than a computer screen or phone ever could.

Virtual showcases for NFTs already exist, for example, Somnium, where you can not only display your NFT and experience it in 360° degrees but create and sell too. Users experience something that is so much more than a space to display art as the pieces come to life through immersive media. Creatives are embracing these worlds and using them in ways even the developers didn’t imagine.

Whilst there are innovations in displaying NFTs, there are also whole new movements developing creating like Async Art. This Silicon Valley NFT platform is helping to create a new art revolution built on the Ethereum blockchain. Users create, collect, and trade programmable art comprising a “Master” work and “Layers” that are independently owned and controlled. Last month, the company secured over $2 million in seed funding, highlighting the growing value proposition of programmable art. Whilst currently only in 2D, we’ll no doubt see Async Art move to immersive media in the future with collaborators working across digital and physical worlds to add layers and then trade in real-time.

The building blocks are there. The crypto art movement has given power back to the creatives and as we move towards a Metaverse, it presents opportunities for further innovation in NFTs. Influencers and celebrities are jumping on these opportunities making NFTs even more alluring and palpable to the average human.

Thanks to 3D avatar companies like Genies, and the need for influencers to find new ways to connect with fans, artists including Cardi B, J Balvin, and Justin Bieber have a digital representation or Genie. Genies will soon be up and running on Flow, the new blockchain built by Dapper Labs, and then artists could issue a limited number of digitally unique collectables that can be sold and traded amongst fans…in the Metaverse.

It’s easy to get caught up in the excitement of NFT’s, but many are unaware of the huge environmental impact they, and other cryptocurrencies, are having on the planet. A new study from Cambridge University found that mining bitcoin now consumes more energy per year than the entire nation of Argentina.

The computing power and energy needed to mint, bid, cancel, sell and transfer ownership of cryptocurrency are responsible for millions of tons of carbon dioxide emissions. As it takes a network of computers running millions and millions of cryptographic checksums until one finds the right combination of numbers to “mint” a transaction — the electrical consumption and CO2 emissions are enormous. 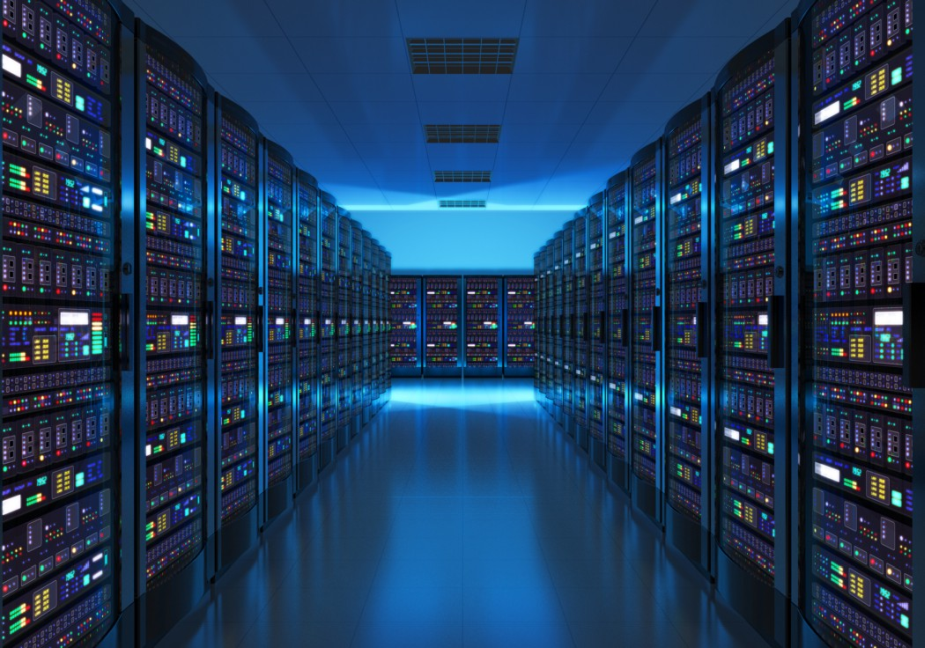 Memo Akten, a computational artist, engineer, and computer scientist became excited by the idea of purely digital platforms generating sustainable income for digital artists, but knowing that they could have an ecological effect, he started to investigate this impact. His research led him to write an article here on Medium (which has subsequently gone viral) and create the website http://cryptoart.wtf/ which allowed people to see the energy use and environmental impact of the growing Proof-of-Work (PoW) based CryptoArt and NFT markets.

“The original cryptocurrency Bitcoin (BTC), is estimated to have annual energy consumption in the range 80–120 TWh, which is about ~0.45% of the world’s entire electricity production.” Memo Akten

The website has since been taken offline, as Akten realised his findings were being attributed to one single NFT, rather than an NFT marketplace’s emissions. As the NFT and crypto art market is in a nascent stage, none of the data that’s out there so far has been reviewed by outside experts. Akten admits in his Medium article that his analysis is deliberately “one-sided”.

The conversation around the environmental impact of this technology has definitely been kick-started and we are already seeing alternatives with Tezos-based Hic et Nunch, the first energy-efficient NFT marketplace developed by Brazilian developer Rafael Lima. Influencers are also taking action, for example, Jacob Collier is just one artist who has shelved plans to hold an NFT auction until “methods are more sustainable and ecologically sound”.

With the vast infrastructure in place, it’s clear that NFTs are more than just hype and the bubble isn’t going to burst anytime soon. In fact, this is just the beginning. The rise of mixed reality provides more opportunities for collectables and commercialisation fueling further growth. Hopefully, this growth will continue in an environmentally sustainable way to ensure the lasting impact of NFTs is positive, rather than negative.

Behind the Work: The Ollie-Popping Burgers and Basketball Dunking Meatballs of ‘Flavourhood’