Why Is This South African Agency Melting Down 27 Years’ Worth of Advertising Trophies? 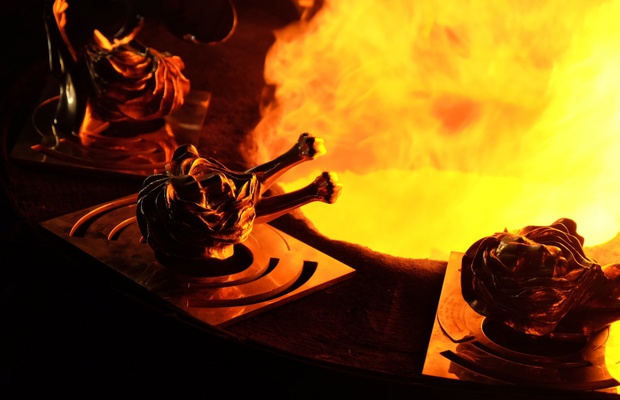 Advertising awards are funny things. Something physical and tangible to hang our intangible success on. Something to celebrate. Something to remember past greatness by. After the celebrations and hangovers have faded, they sit on a shelf – maybe in a lobby or someone’s office. It’s hard to share them around, though (unless agencies let you take awards home at the weekend to look after, like the class hamster?).
But great creative work is a collective effort. That’s why South African agency Net#work BBDO has decided to democratise its award collection. They’ve melted all the bling earned over 27 years of hard work and created jewellery for every one of their 670 current and former employees.
It comes at a time of considerable change for the agency. MD Leo Manne and his team have reinvented Net#work BBDO into a 51% South African and black-owned business recently adding Oppo, SA Taxi, Ford After Sales, Budweiser, Stella Artois and Corona brands to their portfolio as creative lead partner. What’s more, artistic visionary Roanna Williams has joined the agency as chief creative officer and she’s keen to make sure that an agency that’s renowned for its mantra ‘the work, the work, the work’ takes a moment to celebrate ‘the people, the people, the people’.
Roanna spoke to LBB about the molten glory of bringing this idea to life.

LBB> What was the conversation or thought that kicked off this idea? Was it frustration with awards, the desire to recognise the team...?

Roanna> The idea was inspired by an office move. Boxes and boxes and boxes and boxes of awards arrived at our new premises, and we had to think ‘out of the box’ on where we were going to put them. So instead of us placing them onto bookshelves or into trophy cabinets to gather dust again, we reinvented them. As a business that has been severely impacted by the Covid-19 pandemic, we have been afforded the opportunity to review and revitalise our business. We believe that creating a new legacy starts by paying gratitude to those that have walked through the revolving doors of Net#work and Net#work BBDO. Not just the people whose names are inscribed on all the awards we have won, but everyone that has ever worked for us, inspiring and providing a workable environment for the creation and the development of the work. So, we did the unthinkable. We melted 27 years of awards into our # logo – and created 670 hand engraved gratitude pendants – and gave one to every employee who has ever worked, past and present, at Net#Work BBDO. We are an agency that is all about #TheWorkTheWorkTheWork but we would not have The Work if it wasn’t for the incredible people behind the work. #ThePeopleThePeopleThe People. 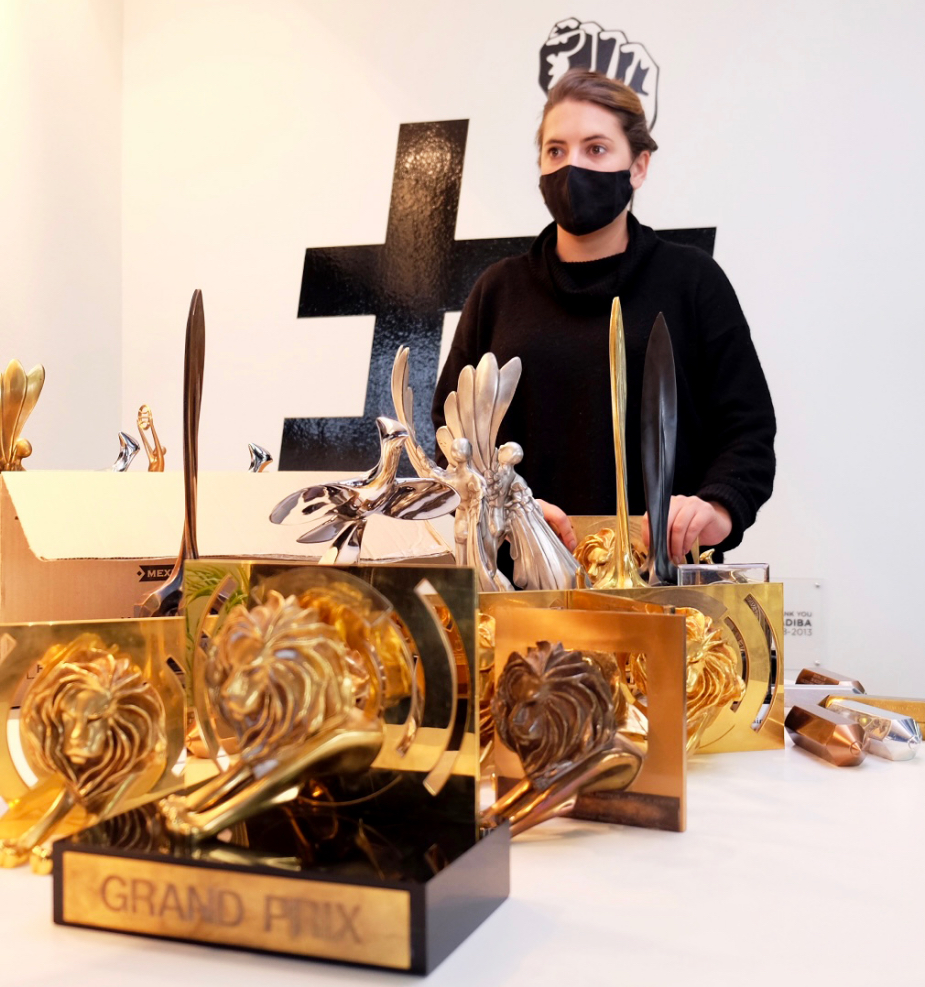 LBB> And how did you get to the idea of making a pendant?

Roanna> When one looks back, jewellery is one of the most common forms of gifts since the beginning of time. And when gifted to someone else, it is an expression of how important that person is to you. Our hashtag logo is the perfect symbol to cast into a pendant and the fact that it has been made from 27 years of winning awards, makes it all the more precious.

LBB> Was there much resistance when you pitched the idea?

Roanna> No there was no resistance. The team was in fact blown away when we presented the idea. They believed in the power of the idea and its beautiful intention.

LBB> Tell us about the design - how did you approach it?

Roanna> The design was easy. We used our logo, the hashtag, and briefed an esteemed blacksmith to create the finished pieces. Our hashtag logo has an interesting story and is part of our DNA. It came from a receptionist who had a bad lisp. “Morning. Welcome to Nethwork.” So instead of people calling us NETWORK, they called us NETHWORK. ‘What!!!’ We had to fix this. Keith Shipley, one of our founders, looked down at his keyboard and noticed that the # on a keyboard resembled an H, so it was adopted as our logo: NET#WORK. The little symbol that has come to mean so much in our connected world. It is used to signal a word or phrase of importance, something that people or brands want you to see and remember. There are billions of them today. And Google will tell you that the first hashtag was used in 2007 in San Francisco by a Twitter employee, Chris Messina. Sorry Google, but on this one, you’re out by 13 years and 17,000 km. Net#work BBDO. About the #work since 1994. 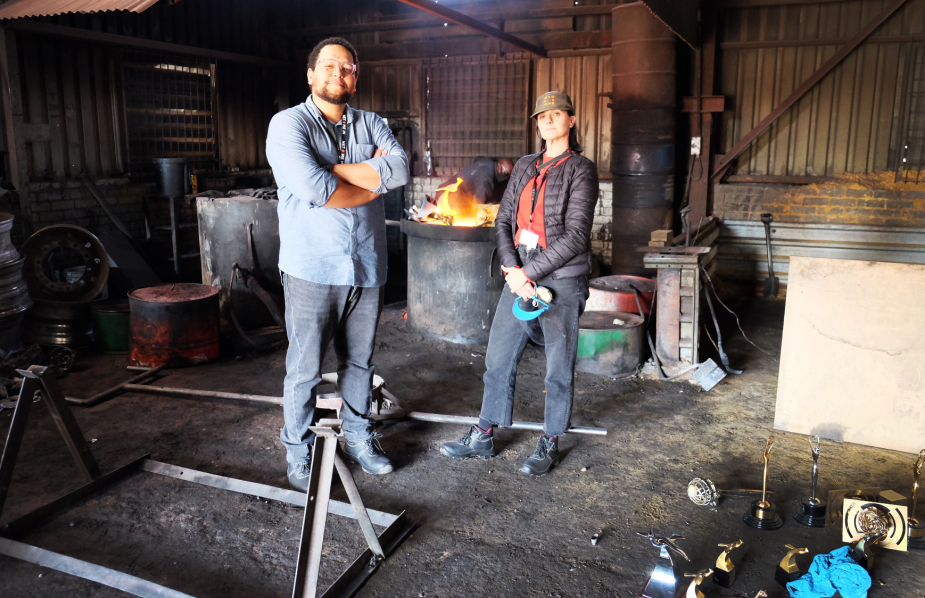 LBB> What were the most interesting or unexpectedly challenging aspects of turning awards into jewellery?

Roanna> Most advertising awards are made from really impure metals so finding the right mix of all the metals that would cast a pendant successfully, was our biggest challenge. But in the capable hands of our Blacksmith, Leslie Becker, we got it right. 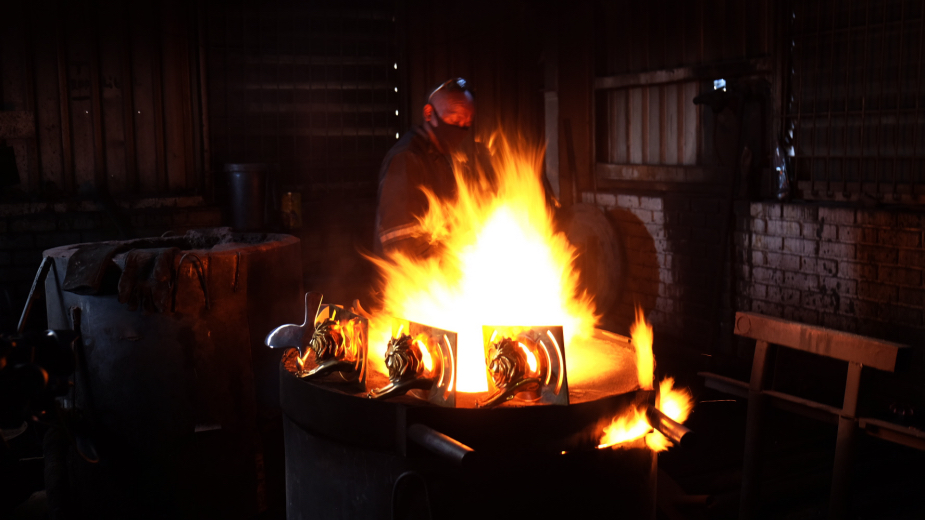 LBB> I bet seeing all of those awards melt down was pretty satisfying - if you got to go and see it happen, what are your memories of watching it?

Roanna> We stood there and acknowledged that we are officially crazy. Never in a million years did we ever think that we would watch Cannes Lions, Loeries, One Shows, Clios, LIAs, D&ADs, CC awards, Bookmarks, etc. melting at 1025 degrees celsius in red hot flames. What a crazy experience. People have worked tirelessly to make great award worthy work that received the accolades and now we are melting them. WTF! WTF!
However, knowing what our intention was behind the meltdown, filled us with a sense of great satisfaction. This idea is not about melting awards because we don’t believe in them. Actually, it’s quite the opposite. WE LOVE AWARDS! But being able to put the awards back into the hands of every employee that was part of building an agency that had a culture that wins them, that felt good. And knowing that we’re igniting a new era of Net#work BBDO – felt brave, bold and inspiring.

Roanna> Some took longer than others to meltdown but turning up the heat to the right degrees Celsius, ensured they all melted beautifully. 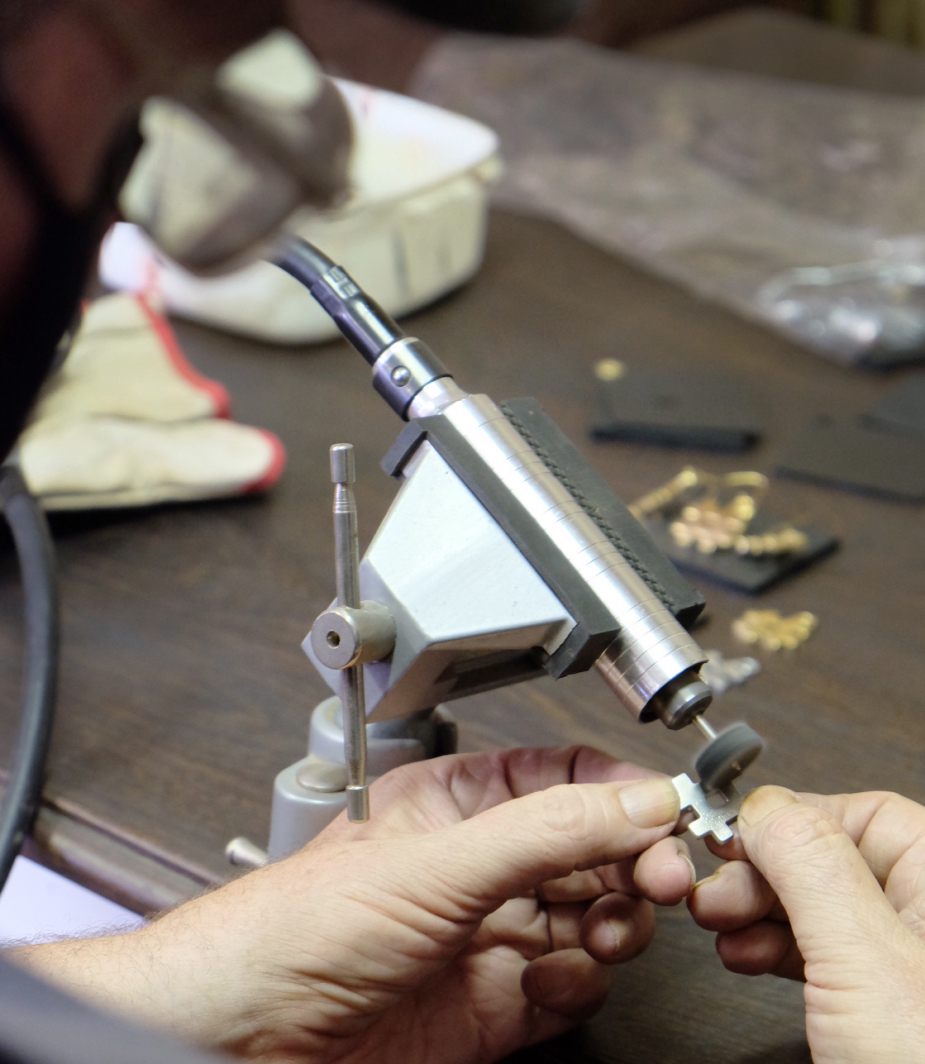 LBB> So you've cleared out the awards shelves of the agency - there's definitely something quite Marie Kondo about it! And there have been lots of changes at the agency? How much of this is about clearing the decks psychologically to focus on the future?

Roanna> The decks are clear and it’s time to make some new music.
As a business that has been severely impacted by the Covid-19 pandemic, we have been afforded the opportunity to review and revitalise our business by looking backwards and sideways in the now, to start a new story.
Before the world was transformed by the pandemic, the journey had already started. In early 2020, Mike Schalit had decided to handover the creative leadership reigns to myself, Tebogo Koena returned after an entrepreneurial stint, as the head of strategy for the agency, Ryan Livvie was promoted to client service head and Leo Manne stepped up to the MD role as our CEO, Boniswa Pezisa said her farewell. So many people we could not pay tribute to and thank properly for their time and legacy. Project Meltdown is an attempt at that: a wonderful, once in a lifetime opportunity for any agency to reset the clock. For us it is an opportunity to acknowledge the past and ignite a fervent passion to impact our client’s businesses positively and continue to use creativity to make a difference in the world while filling up our cupboards with many, many more awards. 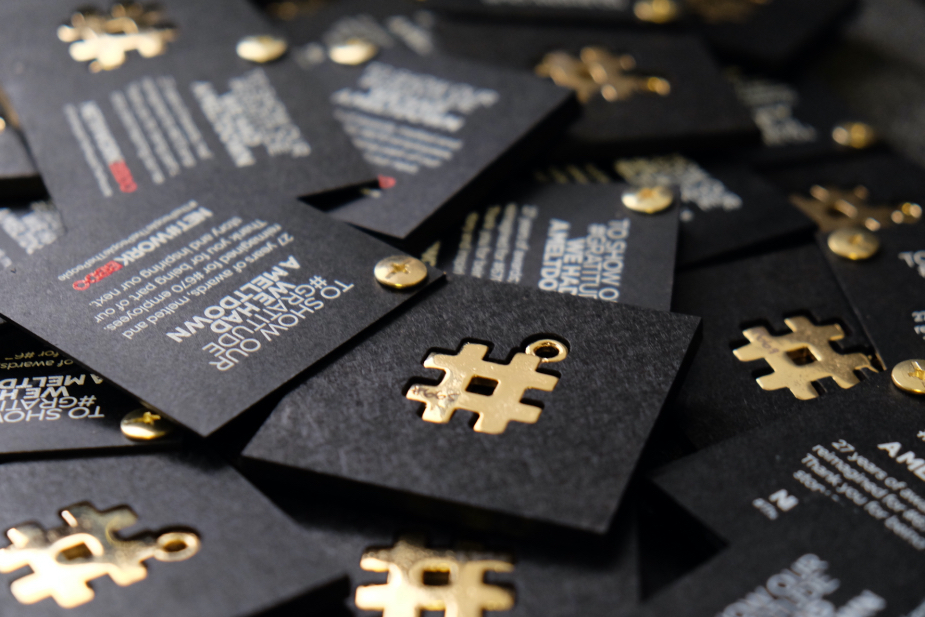