The Stitch editor discusses the untraditional cut behind the powerful campaign 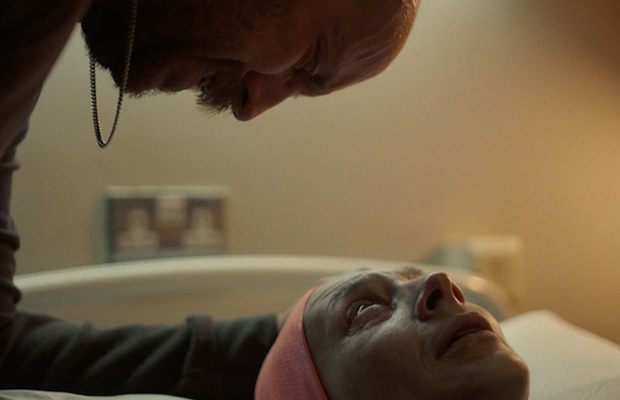 Editor Nicolas Larrouquere recently worked with director Jonathan Alric, one half of Paris-based music & video duo The Blaze, on the stirring new campaign for Macmillan Cancer Support, produced through Iconoclast for AMV BBDO. The lead film both warms and rends the heart, paying tribute to the compassionate warriors battling to provide the best care and support for people living with cancer.

“This job was very special, but it was definitely a tough one,” says editor Nicolas Larrouquere. “We knew from the get-go that we could have got it very wrong if we had started cutting it in a more traditional way, exploiting all of the camera work and all of the angles that had been shot.”

The new campaign portrays Macmillan staff doing whatever it takes to support those who face the daily challenges and triumphs of living with cancer, with whole stories told through brief moments of compassion, pain, humour, anguish and bravery.

“In the end,” continues Nicolas, “we decided to only use close-ups and to avoid shots with dolly or camera movements - we wanted to avoid wide angles and anything that could relate the story to a cinema set. Then, we let the shots live without cutting them too short, in order to get as much realism as possible and to be fair to the fabulous cast that Jonathan brought in. He directed them so well, across such a varied range of acting styles, which allowed me to really fine tune the tone of each scene.

“Ultimately, this edit was as much about not showing than showing, so we ended up using only 60% of the whole material, which was unusual and pretty amazing. We also made a pledge to find music that didn’t push too hard on emotion - with the wrong track it could have gone far too deep, far too easily. We tried Max Richter’s “Spring 1” and it felt so natural, rising at the right time and with exactly the right tone. Once we watched it with that, it was impossible to cut the music out. It was a battle to clear it, but we stuck to our guns because this project was so important… I’m very proud to have been a part of it.”

“In the past three years,” says director Jonathan Alric, “I've worked with Nico on several projects, from music videos to commercials. During our collaborations we've developed our own editing grammar - becoming more and more efficient on each project, which is a pleasant way to be! As an editor, Nico never hesitates to think outside the box and his experience in cutting commercials was especially important on this project; he helped me fight with passion to complete the film as we imagined it. He's more than an editor - he’s an artist, with passion for what he does, which is really really important to me.”

Nico & Jonathan have collaborated on many projects, including acclaimed music videos for The Blaze and the "I'm Your Man" campaign for Dior. To see more of Nico's work, watch his reel on Stitch's website - check out Jonathan's work as part of directing duo The Blaze, here.