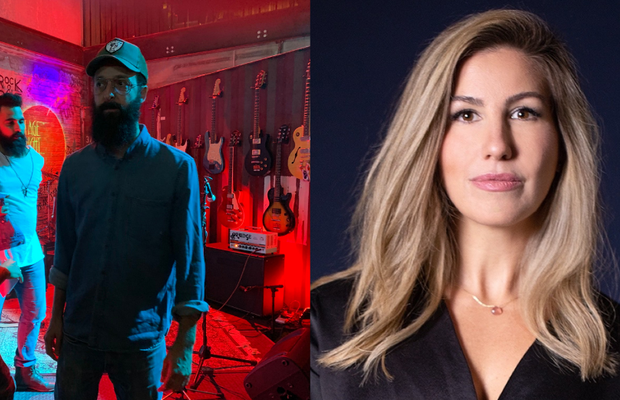 Full-service production company WeThePeople Pictures, led by industry veterans Jesse Ford and Susan Rued Anderson, announced today that Tiffany Caprice has joined the company as executive producer-business development, and Imanol Ruiz de Lara has joined its diverse roster of filmmakers. Caprice is an accomplished advertising and entertainment executive who will lead the company’s sales team, and de Lara is a masterful visual storyteller who recently directed his first campaign with WeThePeople for The Zebra via Argonaut San Francisco. The new additions help build on the shop’s model of partnering with brands, agencies and studios to create thought-provoking, visually arresting content for all-sized productions, any medium or platform.

“We have always been super hands-on with projects and our directors,” said WeThePeople partner/executive producer Susan Rued Anderson, whose past experience includes launching B-Reel Films in the U.S. “Jesse and I are do-ers and get it done-ers. Tiffany is a great fit for us both strategically and culturally. She will energize our team, expand our network and be an excellent resource for our clients. We’re excited about the new relationships and opportunities she will bring to our company.”

“I look forward to teaming up with Tiffany on commercials and branded content, and bringing our long-form content offering to studios,” added WeThePeople founding partner/executive producer Ford, who recently produced the award winning feature-length documentary Dare to Struggle, Dare to Win, and was a founding member of renowned Detroit creative collective The Work.

Caprice most recently ran her own consulting practice where she partnered with Curation Entertainment, leveraging industry relationships to develop content for strategic partners such as Netflix, Disney Plus, Lionsgate’s Pilgrim Media Group, MGM and many others. She also held Executive Producer/Business Development positions at production companies Matter Films and Pictures In A Row, doing everything from developing and pitching content and scouting directing talent to leading a national sales team, managing social media and creating an extensive network of vendors and resources for production.

“With a name like WeThePeople it was hard not to be drawn to the company,” Caprice said. “The way they support and encourage their directors is inspiring. I'm excited to be a part of the continued growth and expansion of WeThePeople’s offerings;  from traditional commercial production to full feature and episodic branded and original content. Merging entertainment with advertising is a true passion of mine and I feel honored to be here.”

“It’s an exciting time for us at WeThe People with not only an ace executive producer like Tiffany joining our team, but also a very talented filmmaker like Imanol joining us, too,” Ford said. “Imanol has been amazing from the start - about everything from communicating his vision for the The Zebra campaign in his treatment and storyboards and helping us put together a tight crew, to his presence on set bringing the creative to life and collaborating with clients.”

Highlights of De Lara’s work include commercial films for Vogue and YSL, Moviestar, Heart Ibiza and Santander, along with fashion shorts, including his Europa II which won Best Director and Best Picture at La Jolla International Fashion Film Festival and Essential Viewing, honored with a Promax GOLD Award for Best Directing. Whether narrative or lifestyle driven, his filmmaking style combines high-end cinematography and design elements with engaging, warm performances from actors.

“I was introduced to WeThePeople by a producer I work with in Spain,” said de Lara, who is based in Madrid. “I did The Zebra shoot with WeThePeople in April in Madrid. Their way of working with the agency, client and our team was excellent, from creative brief to finishing.  It was clear we understood each other very well. I didn’t hesitate to make it official and joined the company. I’m excited about the opportunities to come.”