WE ARE Pi Expands Creative Team

Talent from W+K, R/GA and 72andSunny join the agency 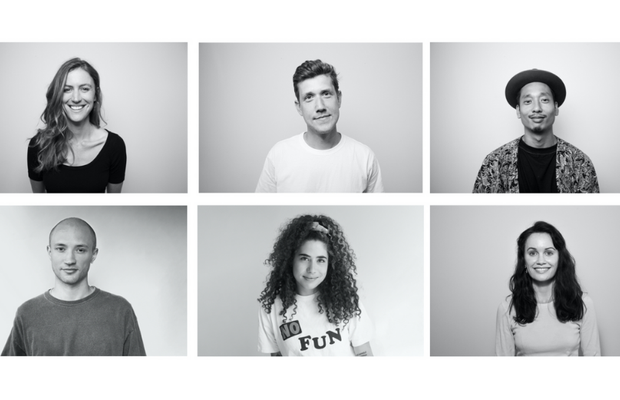 Amsterdam based ideas company We Are Pi has expanded its creative department with six hires. The move comes on the back of a buoyant first half of 2021 that saw organic growth on key accounts Heineken and Nike, as well as new business wins on Amazon Gaming and Cowboy e-bikes.

Joining the self proclaimed We Are Pi ‘Pirate ship’ are creative directors Taylor Black and Daan Van Dam who join from 72&Sunny Amsterdam and R/GA Portland respectively, Jeena van der Heul who joins from social agency Blauw Gras, duo Stef and Katia who join from Wieden+Kennedy London and designer Gemma Stoner who joins from HarrimanSteel.

We Are Pi co-founder and executive creative director Rick Chant says: “At WE ARE Pi we’re committed to the power of creativity as a force to help brands thrive in changing times. We are thrilled to have such an incredible gang onboard and can’t wait to unleash this powerful creative muscle to help brands show up in the world in relevant and radical ways.”

Taylor Black is a Los Angeles born and raised creative, currently based in The Netherlands. Prior to joining We Are Pi as creative director, she worked at 72andsunny Amsterdam, leading work for The Coca-Cola Company’s soft drink brand, Fanta. In 2017, Taylor helped open the LA office for independent agency, Mother. There, she partnered with clients like Netflix, Facebook and Postmates, managing to get Martha Stewart to make a campaign encouraging people not to cook. Before that, Taylor worked at 72andSunny Los Angeles, creating global campaigns for Adidas, Instagram and Activision. Taylor is also a filmmaker, currently in post-production on a documentary she directed about a menopausal bodybuilder competing to become Mrs. Olympia. That bodybuilder is her mom.

Daan van Dam, also known as DVD, has joined We Are Pi as creative director after spending five years at R/GA Portland on Nike. Most recently, Daan has led the work for Nike’s Mamba Week and Nike’s International Women’s Day anthem ‘One Day’ that each won at the Webby’s, Clio’s and One Show, and helped launch Nike’s latest global campaign called ‘Play New’. Prior to R/GA, Daan worked at Anomaly in Amsterdam on brands such as Converse, Johnnie Walker, FOX Sports and Nike. Jeena van der Heul, Senior Art Director, joining We Are Pi from Blauw Gras Amsterdam

Jeena is a creative pacesetter. Avant-garde in his approach to ideas, agnostic of channel, but biased when he needs to be. His creativity carefully marries what brands want to say and what consumers care about. Most importantly though a friendly Dutch cheese lover with a big heart, bags of passion and impeccably high standards. He loves to dig deep to uncover nuggets of human truth. And that truth is what sets his creativity free.

Gemma has worked as a multidisciplinary designer and art director at internationally acclaimed studio MAUD in Sydney and HarrimanSteel in Amsterdam. Her previous clients include Nike, D&AD, SXSW and Sydney Dance Company to name a few. Now Gemma is bringing her expertise to Pi’s expanding design department.

Stef and Katia are a creative duo who have been working together for eight years. Previously in London, they made campaigns to f*** the gender pay gap and even created a robot that makes generic millennial campaigns so they didn't have to. Stef is a multidisciplinary art director who creates mind bending 3D designs as well as an incredible illustrator/photoshopper/perfectionist. Katia likes to write words and play with Augmented Reality in her spare time. They are excited to join the team at Pi and create stuff that makes waves in culture.

More from WE ARE Pi

We Are Pi Expands International Team with Five Hires

Luxury Fashion Marketplace Winkelstraat.nl Rebrands as Innovative Live Feed of 'Must Own' Fashion