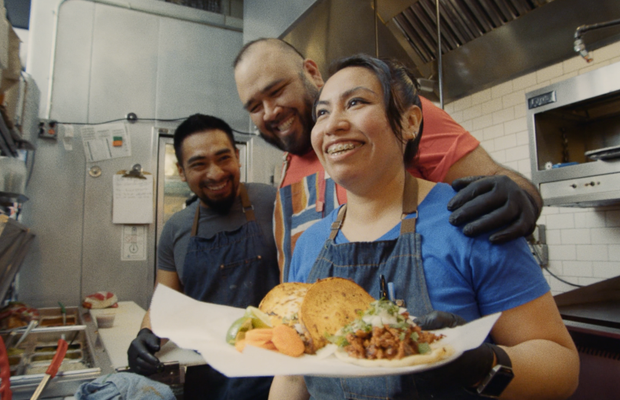 Filming a cast of 25 real restaurant workers in six different restaurants, director Charles Frank gave us a peek into their lives and workplaces in a way only he can.

"Anomaly came to the table with incredible creative,” said Charles, “and they were so supportive of my documentary-style interpretation of it.”

“Charles and his team picked up the idea and spirit of the project quickly,” said Anomaly creative director Dan Shapiro. “The entire process from creative development to execution was super focused and we ended up with a beautifully realized vision of the concept we started out with.”

The director added: “I’m so grateful for the way our subjects lovingly welcomed us into their places of work. This experience was so special to me, especially with the knowledge that the campaign kickstarts Don Julio's $1 million commitment to support Mexican restaurant workers. It was a dream project on every level."

From Tequila Don Julio: "The Tequila Don Julio Fund will commit $1 million in aid over the next four years to charities whose missions help our community grow stronger. To support the devoted bartenders and restaurant workers who have always made our Cinco celebrations so special, and most notably the Mexican workers who continue to keep this industry going year after year, the Fund will make its first contribution on Cinco de Mayo through a combined donation of $125,000 that will be distributed to two outstanding charities: No Us Without You LA, a nonprofit organization that provides food security for Mexican hospitality workers in the greater Los Angeles area, and Restaurant Workers’ Community Foundation, an advocacy and action nonprofit created by and for restaurant workers."

You can learn more about the Tequila Don Julio Fund and their Cinco de Mayo Initiative here.