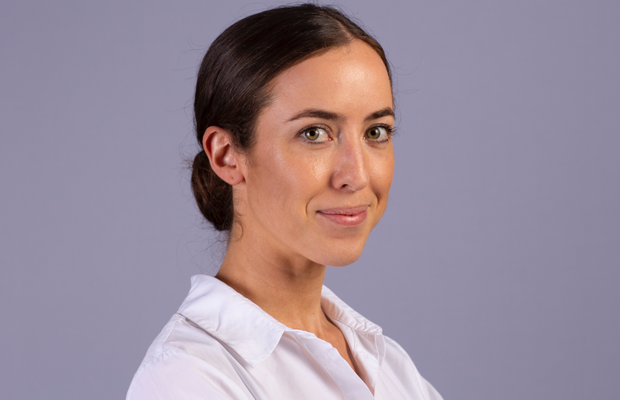 For “country gal” Georgie Waters, a family history of farming was the perfect introduction to advertising. While the link may be tenuous, for her the fundamental beliefs are the same. “It doesn’t matter how hard you work, bringing home gold is completely out of your control.”
She explains that the farming way of dealing with droughts, bushfires and plagues with a determined attitude and moving on has taught her a lot. “My cultural background is roll up your sleeves and get it done; it’s handling every setback with an ‘ah well, on to the next’ attitude; it’s having integrity and pride when faced with adversity. Growing up with values like these ingrained in me has definitely shaped my outlook on life and approach to work.”
The now senior copywriter at Ogilvy in Australia was keenly into creativity from a young age and despite joking that being a “sporty tomboy” meant she didn’t have much time for writing in her formative years, she was often spotted making mud sculptures, drawing and building dog kennels. This taster of creating projects led Georgie to Sydney College of Arts where she studied Photomedia and Marketing. It was here that she met her creative partner and the duo went on to AWARD School shortly after graduating.
Post-graduating Georgie and her creative partner spent many a day brainstorming for interviews and ways to win over creative directors. In the meantime she turned her hand to cherry picking, box packing and working in a call centre until she landed a copywriting gig at VCCP. The first campaign she worked on was for Ancestry.com, which produced a mixed bag of emotions. “My first memories of working on it were: ‘How good is my job? I am coming up with an ad that’s going on TV!’ Followed closely by: ‘Shit, they expect me to come up with an ad that’s going on TV!’” After recovering from the initial emotions that came with her first campaign, Georgie has since worked on many more but admits that while she is extremely proud of each project she’s worked on, none have changed her career – yet . “I am proud of the work I’ve made so far but I haven’t nailed the campaign that I can hang my hat on.”
Despite feeling this, Georgie has found much satisfaction with her day job and the impact it has on the wider society. “I love the feeling of coming up with a good idea. It’s electric and addictive. The other great part, I have only realised recently, is that as advertisers we’re the ones who have the skills to change people’s behaviours and attitudes towards cultural and societal issues.” And although she often feels anxiety in the early days of pitching and coming up with ideas, Georgie draws upon her roll-up-your-sleeve attitude and dives in. “I’ve learnt the only way to get past it is to get started, the sooner you get out your filler ideas, the sooner you’ll gain confidence and start firing.”
Finding inner bravery is one thing, but she feels frustration with the state of client bravery in the industry. “We need to have brave clients so we can make the kind of work we want to make, and the type of work the industry and public want to see.” She jokes that pondering upon the industry has “unleashed a monster” in picking out places the industry can improve. “I get riled up about research as well! It’s such a delicate balance between doing what’s right for the client and upholding the integrity of the work, but when good work dies in research you’ve got to question the process. Sometimes I think we need to give the public more credit.”
As a woman in the Australian ad industry, Georgie admires Ogilvy’s managing directors Sally Kissane and Michelle Holland but the lack of women in leadership positions is one that irks her. “As a young creative I want a role model that I can identify with, but when 91% of the Australian ad industry’s ECDs are men that makes it pretty difficult.” She has, to some extent, taken this into her own hands and aside from organising events with Ogilvy’s social committee, Socialvy, Georgie is mentoring two creatives, a role she takes pride and responsibility in.
With such a busy work life, you’d be forgiven for thinking Georgie switches off quite easily. But, has recently started a clothing brand called This Is A Statement. “It’s a clothing brand that’s raising further awareness of workplace sexual harassment and donating 1/3 of profits to organisations working in that space. I donate 1/3 of profits because one in three people still report experiencing sexual harassment at work.”
With her advocacy and dedication to all that she does Georgie’s motivation comes from the simple belief that all she does can have a positive impact. “I think what also motivates me is being someone other creative women can look up to, I want to be strong, have integrity and be resilient so that they don’t find themselves in the same position I was in with very few role models in the industry.”