Two Woke Girls: Why Are our Brand Films Failing the Bechdel Test?

Beyond the odd tampon ad, where are the stories that show the nuance and richness of women’s lives and friendships, ask Christy Srisanan, ECD Media.Monks Films and Omnya Attaelmanan Sr Scriptwriter, Media.Monks 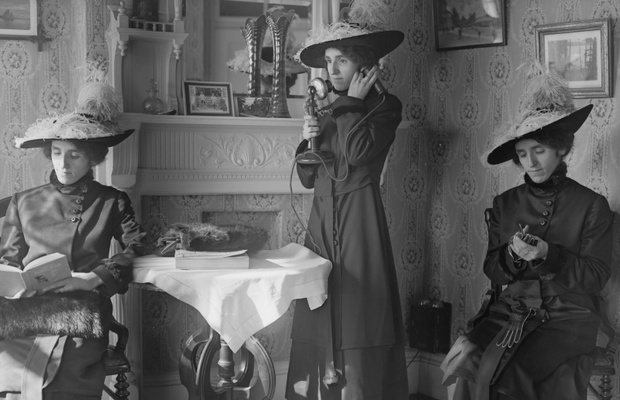 “But he’s a good guy”, is a phrase that slips easily off the tongue of any woman who’s worked in a male dominated industry. “He’s harmless”, we’ll say to our friends and colleagues, and almost believe it. “He’s just a bit, you know, old-school. It’s not like he’s Harvey Weinstein”.
At some point we might even pull out that old time-worn classic: “He means well”.
Preceding these cliched excuses were the abundance of off-colour jokes and uncomfortable comments that we laughed off, because calling him out would be a bit dramatic. He’s pulled some shit he shouldn’t be proud of, sure, but that’s all behind us now. He was only joking. He’s a good guy.
This is one of a thousand stories we tell about men. In films, books and adverts. Stories about these fully fleshed-out, fictional men who are elevated and celebrated in creative campaigns and brand films. The fighter. The hero. The joker. Men who are given nuance, ambition and possibility.
We tell women’s stories, too. Sometimes. Usually when we need to sell a feminine hygiene product, or perfume, or probiotic yogurt. We could include women in advertising beyond those parameters, but that requires approaching gender parity, representation and diversity as an essential step in the creative process. Not just something we tack on when it’s time to make casting decisions.
Conceptualising a brand film is no easy feat. Developing and protecting the idea right through production is even more challenging. Focusing on diversity can often feel like an additional hurdle standing between us and delivery, despite every relevant brand in the 21st century paying lip service to the importance of equality and representation. They might even ensure that special attention is paid to diverse casting in their brand films. It’s a valuable and valiant effort, even though it often takes place in a lazy "one of each" manner, where the goal is essentially to recreate the cast of Captain Planet and his trusty Planeteers.
But even in this enlightened-though-conflicted-century, where the spotlight on diversity in film goes hand-in-hand with the perpetuation of harmful stereotypes and the “othering” of huge swathes of the human population, we are still failing to consistently evaluate films against real diversity-related metrics. It’s easy to fall into the trap of diversity for diversity's sake.

Including a woman in a brand film is in no way a sign of dedication to gender parity, diversity or representation. This is especially true if the woman in question is included merely as a decorative on-screen presence, meant to appeal to the straight male gaze. The inclusion of female cast members is hardly a radical or novel act. It’s been a long, long time since Florence Lawrence, the world’s first female movie star, appeared in her first motion picture in 1906.
One such tool for measuring this level of inclusion is the Bechdel test. Devised way back in 1985. To pass the Bechdel test, a work of fiction must include two or more women, with named roles, who speak to each other about something other than a man (even the good guys).
The test is usually applied to feature-length films, and it’s estimated that only half of all feature-length films meet this criterion. There is no data on how well brand films fare in comparison, but it’s unlikely that they’re passing the test at higher rates.
And, whether or not, they should pass the test is an open question. The brevity of a brand film doesn’t necessarily lend itself to dialogue between characters, but there’s very little standing in the way of telling female stories and featuring women and girls, in an industry that has been male-dominated for so long, both on-screen and off.
It’s obvious that a brand film featuring, say, a talking dog or an animated cast of gender-neutral fantasy creatures should be exempt from the Bechdel test. But a film featuring a cast of human beings should at least glance in the direction of the Bechdel test. Two female characters aren’t difficult to incorporate into a brand film, especially if gender parity is treated as a cornerstone of the overall creative process.
If including female characters doesn’t fit in with the creative vision behind our brand films, then maybe that vision deserves to be interrogated. Again: not every brand film can or should pass the Bechdel test. But when there’s space for female characters, then failing to use that space is a failure of imagination and empathy.
At this point, we are all too aware of the importance of diversity and representation. As women, many of us remember the hunger we felt to see ourselves reflected on-screen: relatable women, nuanced, ambitious and full of possibility. But we’re often reluctant to be the standard-bearer for gender parity on set, or in meetings.

If 2020 disrupted the industry landscape, maybe now is the time to continue the momentum and make changes to the way we approach diversity and representation.

To address the exasperated eye rolls or stifled sighs of fellow ad execs who are, ‘over this whole female representation thing’. To create the space and processes to put diversity at the core of everything we do. To find the courage to coax reluctant clients into the 21st century.
This is not about ticking boxes or virtue signaling. It’s about no more excuses. It’s time for real, genuine and relevant stories, where a group of women in a brand film can be used to sell something other than tampons.
Photo by Boston Public Library on Unsplash