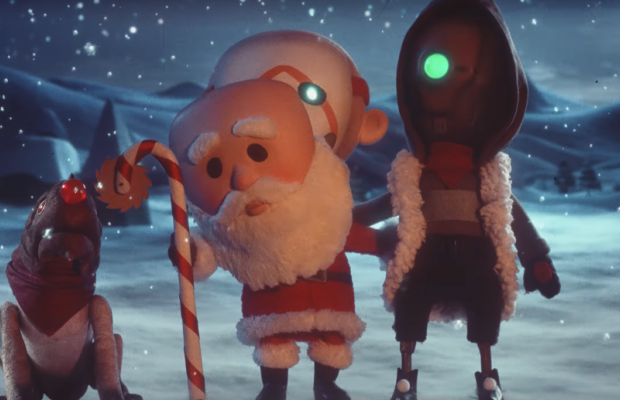 In the latest campaign out of 2K’s in-house marketing team and the production company Chromista, we’re treated to a stop-motion holiday diorama directed by Eddie Alcazar.

The epic story continues in the interplanetary adventure of Borderlands 3, a ‘shoot and loot’ game for PC, PlayStation 4, and XBOX One, developed by Gearbox Software. While the game is a mayhem-fuelled thrill ride through the ruthless galactic borderlands, where you’re working to save the galaxy from a fanatical threat, the new ad is a deceptively peaceful jaunt - replete with an amended carol telling the tale. Characters from the game are there incognito to unlock a chest and let loose the mayhem.

2K creative director Gabe Abarcar says: “It has been an absolute joy bringing Borderlands to life for the last couple of months. This has been especially true when injecting the holiday spirit with our brand of mayhem. Let’s continue to make peace on earth and mayhem in the Borderlands.”

With a background in game development - and currently in production in a full stop-motion feature - director Eddie brought a powerful hybrid of experience to both the creative and highly technical aspects of the piece. “Stop motion is a very old and time-intensive art form, but with this project, we had the opportunity to bring it into an incredibly contemporary context and to an audience who may be less familiar with the medium,” he says.

Despite numerous technological evolutions that aid the process, stop motion is still time and labour-intensive. Eddie’s team shot the project over the course of a month, with the master shot taking up a full two weeks of that time. Each day on set saw only three-five seconds of film captured. “You have to put all of your trust in the animators and it’s in their hands really,” says Eddie. “They’re the performers of the piece, in the same way that actors are the performers in a live-action film. They have to nail it. Fortunately, we had two amazing 25-year veterans of animation to work with. Truly some of the best in the business.”

Chromista is a creative content company focused on melding storytelling with brands to create evocative advertising. Chromista offers solutions for all media platforms including commercial, social, experiential and beyond.

Finely Sliced: Trying Everything in the Edit with Joe Walton