Toyota Hilux Gets ‘Tougher-er’ in New Campaign from FCB Joburg 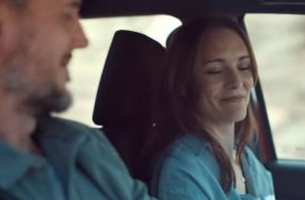 Toyota Hilux, renowned for its legendary toughness and for nearly 50 years the market leader in a hotly-contested segment of the market, goes up against its toughest competition yet in a new campaign from FCB Joburg.

A bit of a stretch? Pitting the Toyota Hilux against technology? Not considering the brief the team of Creative Director and Copy writer, Tian van den Heever, and Art Director, Kyra Antrobus, was given.

The creative duo was briefed to showcase the new tough look and face of the new Toyota Hilux; its updated front grille, updated bumper and headlight design. In addition, given that our world – the places we live, work, learn, party, shop and so on – is forever changing as more and more distractions turn our attention away from the real beauty of life, it was asked to dramatise that tough will be forever needed, long into the future.

The solution was a 360° campaign led by a television commercial, and supported by radio, TV sponsorship, bought media and below-the-line elements pushing the campaign message of ‘The new face of tougher-er’.

Van den Heever explained: “Like most things in the world today, cars are evolving faster than ever before. However, the Toyota Hilux driver will always have a need to take his bakkie off-road, where the dependability of Hilux is the one unwavering constant.

“For this reason, we wanted to show that the enduring quality of the Hilux – it’s toughness – is what our world will forever need. Toyota Hilux is the future of tough, and its updated look really is the new face of tougher-er.”

The campaign will flight for a month, and the TV spot was shot over two days by Oscar Strauss of Hungry Films at various locations throughout the Cape.