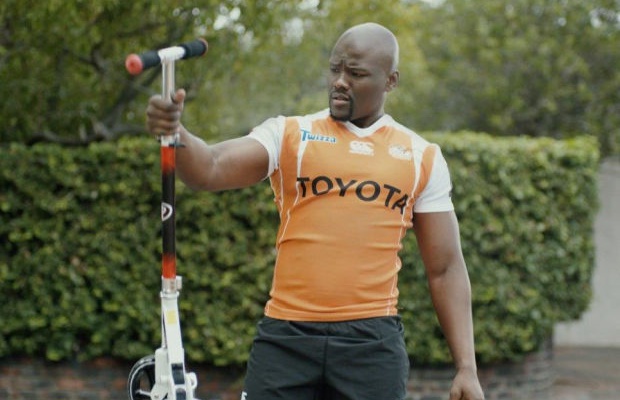 Toyota South Africa’s campaign introducing its new RAV4 is a touch irreverent, very entertaining, and incredibly smart.
Devised by FCB Joburg’s creative director Tian van den Heever, copywriter Este de Beer and art directors Julie Thorogood and Janine Kleinschmidt, with input from strategic planner Stuart Simms and creative strategist Kyle Duckitt, it features five short ads directed by Adrian De Sa Garces from Egg Films with post-production by Left Post Production, and audio by Audio Milita.
“Positioned as your companion for an ‘adventurous lifestyle every day’, the RAV4 targets males and females between the ages of 35 and 49 in the 8 to 10 LSM brackets. We briefed the agency to launch the New Generation RAV4, and use the launch to gain new market share,” explained Toyota SA senior manager: Advertising & Digital Marketing, Tasneem Lorgat. “It was vital to Toyota SA’s marketing team that the campaign showcased several of its features – new design, new technology and enhanced usability.”
The agency responded with ‘Expect Incredible’, a campaign spanning television, cinema, out-of-home, print, digital and social platforms.
“Rather than doing one big brand ad, we decided to do five shorter ads that speak to the specific specs of the New Generation RAV4,” said Van den Heever.
“But we didn’t want to be too geeky, or for the ads to feature so much spec-speak that appealed only to the petrol heads. So, we found an irreverent way to use the RAV4’s distinct new look and features as a catalyst for comedic transformations that entertain and inform the South African public. How? We leveraged well-known South African celebrities and sportsmen to appeal to the whole of the RAV4 market.
“Additionally, our five spots allowed us to use contextual targeting based on who was featured. On YouTube watching sports highlights? Then you get served the Oupa Mohoje spot. More interested in motorsport? Then we’ve got the perfect Giniel de Villiers execution waiting. It’s working really well” he said.
The team also created an interactive Instagram brochure, which launched a month after the campaign broke mid-March.