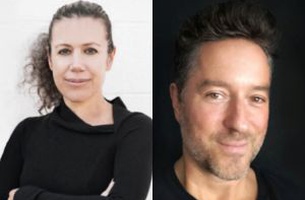 Tool of North America today announced it has signed two new live action directors. These new signings will work with Tool and its clients to execute top-notch creative work, bringing unique skillsets and expertise to the table.

To start, Tool is adding director Rudi Schwab, who began his career as a photographer, eventually moving on to direct commercials, including Gillette’s 'Handle With Care', which won seven Cannes Lions and four Gold Clio Awards. With a knack for capturing the emotional and inspiring elements of a story, he has collaborated with brands including Google, Hewlett-Packard, Disney and Samsung. Schwab has garnered many awards for his work, including Emmys, Cannes Lions, Clio Awards and Golden Pencils.

Tool also signed Sasha Levinson, who is best known for co-writing and directing short films for the Las Vegas brand, all of which went viral, garnering a dramatic response across the globe and receiving a nomination for YouTube Ad of the Year. She began her career in the electric music video scene, receiving an MTV nomination and SHOTS Magazine feature for her work on Cake’s ‘Short Skirt, Long Jacket’. Throughout her career she has directed commercials for brands such as Microsoft, Starbucks, Samsung and McDonald's.

"As seasoned filmmakers with strong points of view, both directors have the great gift of crafting powerful and emotional stories. Working with HP and Gillette, Schwab has combined clear and confident storytelling with breath-taking visuals. Additionally, Sasha has broken new creative ground by presenting a refreshing, unique, and modern female perspective,” says Nancy Hacohen, managing director of live action at Tool of North America. “Tool is a company dedicated to making great content and supporting directors so they can achieve their visions. I look forward to collaborating with Sasha and Rudi as Tool continues its success in commercials, branded content, and long-form production."