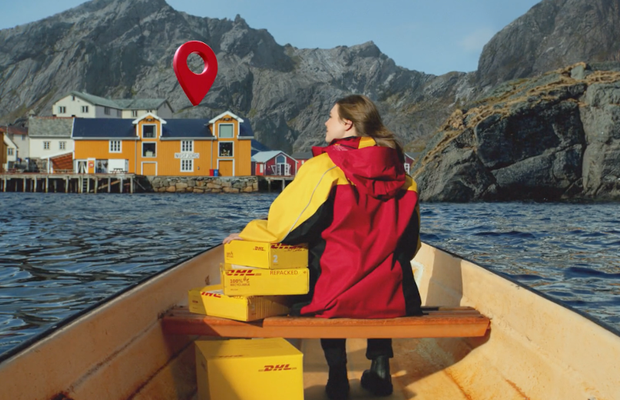 During the Covid-stricken year of 2020, the world of E-Commerce saw 10 years growth in just three months, as people became almost entirely dependent on online shopping.

In a world in which the pace of change is mercilessly fast, finding the right partner to navigate the E Commerce landscape, is vital.

A new global integrated campaign from DHL demonstrates both the relentless pace of this change within the E-Commerce world and just how the business works to keep pace with it, helping merchants to do the same.

Created by 180 Amsterdam, ‘Keep up with the clicks’ tells a brief history of E-Commerce, celebrating the journey and humanity at its centre in a world that has never relied on it more. It depicts the challenges merchants face to stay ahead of the global E-Commerce curve, and why having a partner like DHL is so vital to success.

The TVC breathes life into the logistics process, showing how seamless it can be when human hand and global network work together.

Directed by Martin Krejci at Merman, the film uses a rhythmic voiceover, narrated by the recognisable voice of actor Tom Hollander to guide us from the early website interfaces of the mid-nineties to the flexible delivery mobile purchases of today.

The powerful spoken word of Tom Hollander’s voice over only enhances the seamless efficiency, flow and evolution of global E-Commerce. It is an emotional, human-centric spot captured perfectly in combined rhythm of voice and music.

‘Keep up with the clicks’ is designed to speak not only to the businesses that need DHL’s services but to the consumers who experience the final moment in the journey. It shows the human behind the click, the face behind the tech.

DHL allows business owners to do what they do best, while they handle the rest, leaving merchants free from the complexities to focus on their product.

John Pearson, CEO of DHL Express said: “The pandemic has driven digitalisation so far that we have seen the development of almost a decade in just a few months. Existing online shops have grown and at the same time companies have entered online retailing for the first time. Our latest campaign shows how, as logistics experts, we help companies keep up with the growth and benefit from it in the best possible way.”

John Messum, creative director at 180 Amsterdam added: “'Keep up with the clicks’ is a flowing journey through the DHL universe, following the pressures E-Tailers face as they try to keep up with the clicks to the joy at watching their business grow. It demonstrates the seamless efficiency of the DHL world, in a year that has never relied on E-Commerce more.”

VFX/Post-Production was handled by Black Kite and editing was done by Marshall Street Editors. MassiveMusic provided the soundtrack.

CalFlowers Makes Self Care Easy for That Flower Feeling Campaign

DHL Has a Licence to Deliver in Epic James Bond Spot