Tips for Self-Shooting on Film 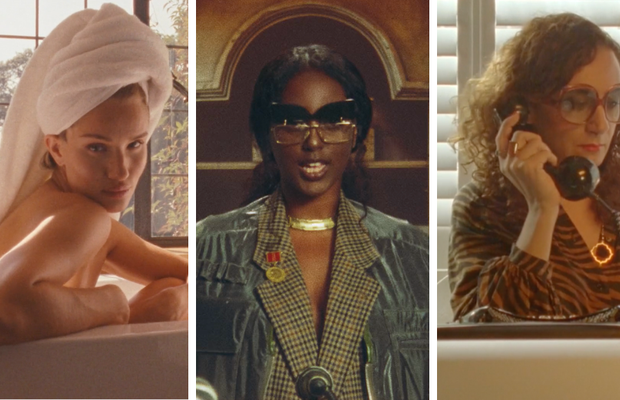 As the world lays down plans for easing out of its various lockdowns across the globe, many film sets will still require tight restrictions and minimal crew for the foreseeable future. With numbers to be kept as low as possible, a demand for self-shooting cinematographers has increased. Earlier on in lockdown when camera hiring companies temporarily closed, a number of cinematographers picked up their film cameras once again, dusting off their Arri 416s and SR3s to experiment during lockdown.
This is something that film lab Cinelab London has noticed, experiencing a rise in this way of working. Creative director Joce Capper says: “The challenges of creating visually interesting and memorable images and finding the best way to approach a project is what filmmakers do every day. Lockdown brought challenges none of us had faced before and during the last year it has been absolutely incredible to see how the industry and individuals adapted and continued to produce and shoot productions. Feature films and larger projects grounded to a halt, but thanks to guidelines produced for safe shooting, Cinelab London were kept very busy with commercials, music videos and creative content projects.”
With the need for self-shooting cinematographers on the up, LBB speaks with cinematographers Alon Daniel, Jan Vrhovnik, and Dan Cawthorne who share their experiences and best advice for self-shot film projects.

Shot on Arriflex 16 SR3
The Challenge: “This music video film project was completed on a low budget and was shot on one 400ft roll of 500T and 100ft of 250D leftover from another project. I called upon my friends in Tel Aviv - a make-up artist, AD, AC and PA - and they kindly offered to help out.
I knew I had just one location to shoot in so I had to think of more creative ways to get the viewers interested. With the help of my friend Gili, I printed two big pictures of extra locations and with the right composition and lighting, "faked" the set to make it look like the artist Eden was really there.”
Self-Shooting Advice: “This project goes to show that creativity and a little help from your connections goes a long way when it comes to challenging budgets and restrictions. Call upon your resources and think outside of the box to find solutions you wouldn’t usually have thought of.”

Shot on Bolex RX4 Converted S16 (Kodak 250D/7207), Zeiss Superspeeds T1.3 and Canon 11-165mm T2.5
The Challenge: “Mid-pandemic, I was honoured to shoot a campaign film with Rosie Huntington-Whiteley. We were challenged by the amount of people permitted on set and I was allowed only a single assistant. Despite the limitations, I decided to shoot on 16mm film stock. My S16 converted Bolex is lightweight, perfect for hand-held work, but the old prism viewfinder presents a challenge as it's hard enough to see what you're framing let alone focus-pull whilst operating.
Despite the difficulties, this camera is still my favourite for intimate work which is key for a sincere performance. I also find that technically limiting myself (I'd stick to two lenses, or use only available light) is often liberating and creatively inspiring.”
Self-Shooting Advice: “Whenever I self-shoot a project, it's a conscious decision. I usually take this route when working with non-actors or talent that requires particular attention, like children or celebrities. As the camera is always in the closest proximity to the talent, I prefer to operate myself because it allows me to work intimately and instinctively.
Technically, self-shooting presents many challenges, so preparation is key. I also give a lot of emphasis on preparing the environment for the talent, psychologically. For example, prior to the talent’s arrival on set, I would ask anyone that is not required for the scene, to wait elsewhere, and those needed on set, to hide behind a flag or such (if possible). Intimacy is key for a sincere performance.
Lastly, never underestimate the importance of on-set audio recording. The audio can greatly enhance the image.”

Caption: Shot on Bolex SBM Super 16mm with 26mm 1.1 swiffer lens, super 8mm Minolta, canon 814XL and the Arri 416 with Zeiss super speed lens
The Challenge: “This film was shot at The Barbican Estate, as I love it’s architectural style. The biggest challenge was the scene in the office using the ARRI 416, where I wanted to create a 70s mood. I took apart my office space at home and created this set myself, using props, some lights and a small dolly. This is a more complicated setup as a self shooter but I kept the lighting simple by making use of natural daylight. Although I did have to wait for a bright and sunny day to shoot at this location to create the right contrasts between light and hard shadows.”
Self-Shooting Advice: “I have a lot of experience in self shooting and editing, as I spent many years shooting around the world on news, documentary, interviews and world events. It has become second nature to me and has really helped when working with film formats.
I started working on film during the first lockdown in March 2020 and I wanted a new challenge so bought myself a Bolex and Super 8 camera. I began shooting various things to get used to using film. From my first scans I was amazed by the characteristics of the image film creates, when compared to using digital.
My advice would be not to be afraid to use film, it just takes a little more planning at the start, then it becomes second nature and you will appreciate the beauty and quality of the image.
If you are shooting on location, go lightweight with smaller camera packages i.e the Bolex with a small prime lens and a Super 8 camera which can be used handheld with ease. In terms of lighting, it is good to make use of natural daylight, as it can be very effective and easier than massive lighting setups.
I shot on digital for many years and now I am just totally into film. Go grab yourself a film camera now!”