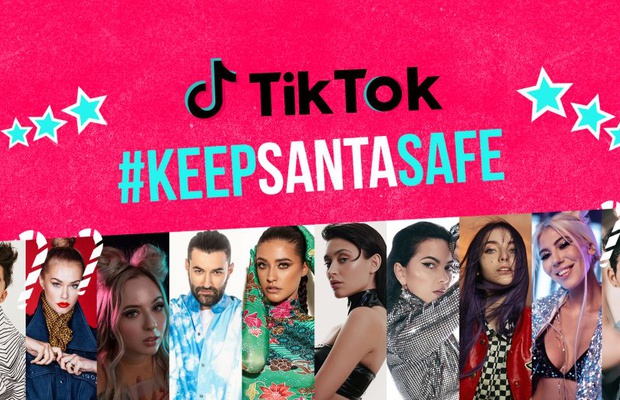 TikTok won a Silver Effie within the Media & Entertainment category during the Romanian 2021 awards. The 'Keep Santa Safe' campaign, produced by Publicis Romania, was the first local TikTok campaign that aimed to impress the masses held captive by other social media platforms.

In the context of the Romanian market, the platform was seeking to establish a firm position after its pandemic boom and to ensure that it will not lose relevance on the long run. The platform needed to become more than just a 2020 wonder and show that it is a strong long term social contender. Hereby, by increasing daily new users, target diversity, local content consumption and log in rate, TikTok had the opportunity to match Instagram in terms of market penetration in Romania for the first time.

Christmas became the perfect opportunity for the first local TikTok activation to lock in the users that Instagram kept charmed. Thus, the first pandemic Christmas had the audience split into two extremes, the optimists who stubbornly clung onto the holiday and the depressed who thought it was cancelled. To unite these two fronts, what only TikTok could have done was use humour and provide a scene for their creative minds to fill in.

'Keep Santa Safe' came as a light-hearted call to use TikTok to contribute to a special collective gift for Santa. Santa was chosen for two reasons. Firstly, being old put him in a high-risk category, so the responsible thing to do was to keep him safe at home rather than on the go to deliver gifts. Secondly, Santa is the perfect blend of humour and authenticity and TikTok turned the most elementary Christmas tradition – gifting – into a content opportunity.

“For the first time ever, we all wished for the exact same thing for Christmas. Everybody wanted the pandemic to be over. Never before has “All I want for Christmas is you” felt so true, so full of meaning. 2020 gave us the best context to launch the most selfless campaign for TikTok: Keep Santa Safe. Romanian influencers joined forces to make it happen by creating a comeback to the original “Santa Baby”. If in the original song a woman was asking for presents, our interpretation featured celebrities asking Santa to stay home safe and encouraging Romanians to ask for love instead of presents. The video went viral in less than one hour from launching and the challenge gathered millions of videos,” said Miruna Dumitrescu, group creative director, Publicis România.

The campaign used influential accounts within the platform and famous music to gain momentum to the branded content produced: a personal version of the famous “Santa Baby” asking Santa to not bring us presents this year. The stars Inna, Antonia, Irina Rimes, Sore, Emilian, Roxen, Feli, Smiley, Emil Rengle encouraged their communities to produce content and sing along to #KeepSantaSafe. The VIPs kept the content exclusively on TikTok. The only external touchpoint used for the campaign was indoor media in shopping malls, where people were buying gifts.

The results of the campaign exceeded the predictions, with the daily active users increasing more than twice of the objective and the desired rise on the local content consumed and the log in rate. TikTok became the 2nd social app in Romania.