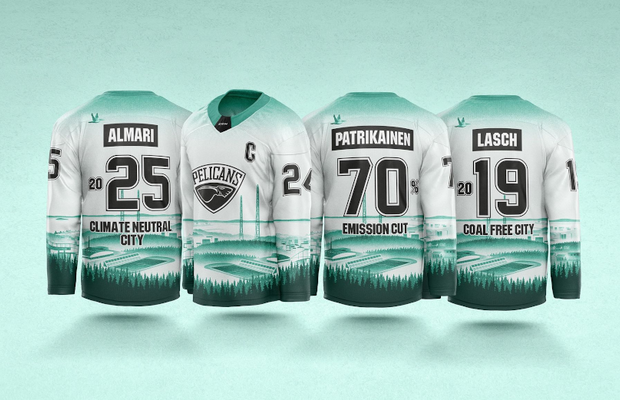 Playing in Finland’s top professional hockey league, Lahti Pelicans is striving to be the world’s first carbon-neutral ice hockey club. That’s why their collaboration with their hometown of Lahti, the current European Green Capital of 2021, has been a perfect match.

The team celebrated Lahti’s green commitments by replacing their regular player numbers with environmental facts and data. The Green City Jerseys debuted on ice January 16th and got the game’s announcer talking about Lahti’s environmental work during the three-hour broadcast of the game. Jersey numbers ranged from ‘8%’ to ‘650 GWh’, all communicating a different fact, such as:

“In our city everyone plays for the environment, including the Lahti Pelicans. We all can make a difference: action against climate change plays a decisive role in the future existence of our planet”, says Saara Vauramo, the programme director of Lahti European Green Capital.

The Creative partner behind the idea and execution is TBWA\Helsinki. 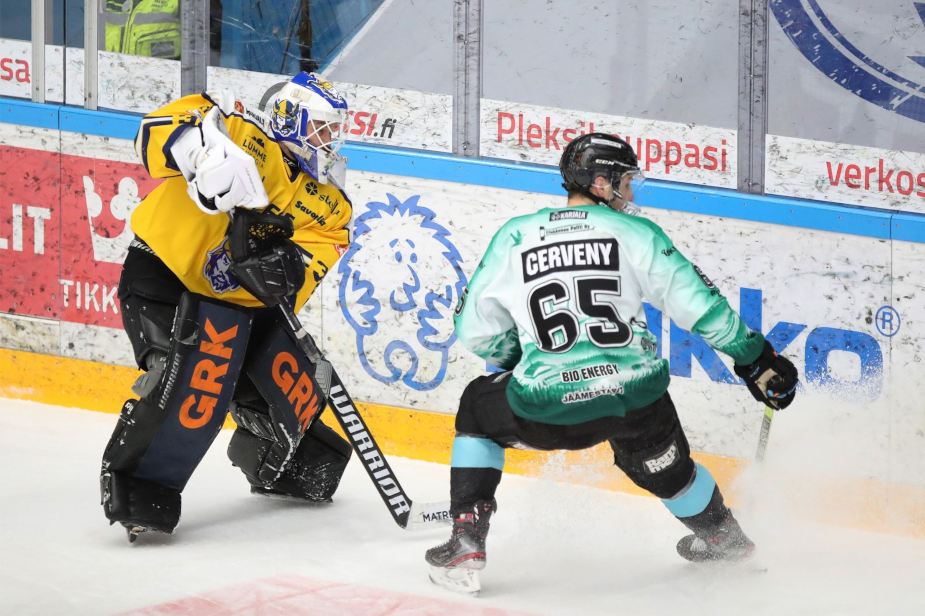 “Too often, sustainability communications is preaching to the choir. The City of Lahti is doing a great job in engaging different groups in its environmental work. By collaborating with the local hockey team, we were able to take Lahti’s message to a new kind of audience, give new reasons for hometown pride, and inspire interest in Lahti as a green city”, says Markus Nieminen, creative director at TBWA\Helsinki.

“The jerseys were well received in Finnish media and by fans on social media. We were able to hijack media space on national television: the sportscaster stopped to further explain the facts to the audience every time there was a slow moment in the game”, says Maria Kuorikoski, senior creative at TBWA\Helsinki.

And as icing on the cake Lahti Pelicans won the match on Saturday by 6–3. Lahti has been celebrated for taking accelerated action towards becoming carbon neutral by 2025. With a population of 120,000 the city of Lahti is the smallest city to be awarded the EGC title. It is the northernmost and the fourth Nordic city to be awarded, after Oslo, Stockholm, and Copenhagen.