Thinking in Sound: The Magic of Sync with Heather Boyd

Believe's head of sync, USA & Canada on telling a story, the passion and intensity of the music industry and curating soundtracks to her life 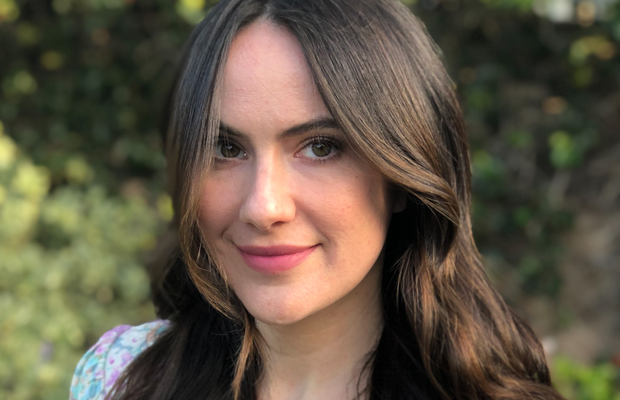 After joining Believe in January 2020, Heather Boyd takes charge of all Believe’s creative and licensing business in the world largest sync market. Collaborating with film, TV and advertising clients to land sync placements for Believe’s music, Heather is also charged with promoting the companies creative sync business throughout the territory.

Before joining the team, Heather was head of creative licensing at InGrooves, and has also held roles at Lynynks Music, Hunnypot and Green Zebra.

LBB> When you’re working on a new brief or project, what’s your typical starting point? How do you break it down and how do you like to generate your ideas or response?

Heather> When I receive a brief from a music supervisor, typically, some immediate ideas come to mind right away. Depending on the client and how well I know them, I’ll focus on artists or a particular sound/feel that I know they’re already a fan of. I also focus on upcoming or recently released projects that our team at Believe is currently marking/promoting. I usually reference past pitches I’ve sent that include the songs I’m already considering. At Believe, our sync team uses Disco, a music management platform that has a great auto-tagging feature that always comes in handy when the brief references specific moods, lyrics, genres, etc.

LBB> Music and sound are in some ways the most collaborative and interactive forms of creativity - what are your thoughts on this? Do you prefer to work solo or with a gang?

Heather> When it comes to pitching, for most of my career, I’ve been on my own. When I was first starting out, I would put pitches together for my manager who would review them with me before I sent them. He would ask why I would choose certain songs and not others; a process I still use today.

LBB> What’s the most satisfying part of your job and why?

Heather> What drew me to this career is how music can to transform any kind of visual media. Sometimes a song just makes sense or fits but there are other times where music adds an emotion that couldn’t exist without it. Together, they tell a story and create a unique moment. For me, this is the magic of sync. Even though I’m not making the ultimate creative choice for these projects, I’m able to play a musical-matchmaking role and pitch our artists where I think there’s potential to make this kind of magic happen. There’s no coincidence that we also see streaming numbers shoot up when an audience experiences this magic too.

LBB> As the advertising industry changes, how do you think the role of music and sound is changing with it?

Heather> From my side, I’m seeing a real push for diversity. Brands and agencies are sending briefs specifically looking for music from BIPOC and/or LGBTQIA artists and I’m so happy to see these emails coming from my clients and colleagues. This push for diversity is happening in the music industry and even more specifically in the sync industry too. Just in general, there’s a huge demand for unique and diverse music. Artists are seeing opportunities that two years ago were much harder to come by. I think this is also encouraging new talent to emerge that would never even exist if we didn’t see this change in our industries and in our culture.

LBB> When you’re working on something that isn’t directly sound design or music - are you the sort of person who needs music and noise in the background or is that completely distracting to you? What are your thoughts on ‘background’ sound and music as you work?

Heather> I am ALWAYS listening to music. I’m listening to music right now. If there isn’t music playing, I’m singing to myself. I’ve caught myself singing to an elevator of strangers, multiple times. So, yes, I need background music for everything and I’m always updating playlists to soundtrack my life. Even if it’s just to answer emails, there’s a playlist for that.

LBB> On a typical day, what does your ‘listening diet’ look like?

Heather> Mostly I’m listening to the music I work with at Believe. I feel so incredibly lucky that I get to work with music and artists that I really love and enjoy listening to. Pitching is my bread and butter so I’m listening to music based on the briefs I get from clients. Otherwise, I try to find time to really envelop myself in upcoming albums I’ll be working with. I used to do this on my traffic-filled drives to and from an office but now I’ll go for a hike or cook dinner while I listen to a full album. All the way through! I think this relatively unheard-of now and completely opposite from  the rest of my listening diet.

LBB> Do you have a collection of music/sounds and what shape does it take (are you a vinyl nerd, do you have hard drives full of random bird sounds, are you a hyper-organised spotify-er…)?

Heather> I wouldn’t say I’m hyper-organised but I’m definitely a 'spotify-er.' I already mentioned I’m always trying to soundtrack my life so I have a playlist for everything. Moods, people, places, events, my dog. Not by genre or year but more based on feeling. I also have a very small but very special collection of vinyl that I only bring out when the moment calls for it.

LBB> Outside of the music and sound world, what sort of art or topics really excite you and do you ever relate that back to music?

Heather> Working in sync, music and film are basically the same world for me so I’m always relating music and film together. Although, it’s been this way for me for as long as I can remember. Even when I was a kid, some of the first CD’s I had were soundtracks (I won’t mention those) and when I was in high school, movies like Vanilla Sky introduced me to Radiohead and Garden State introduced me to The Shins and The O.C. (yes, The O.C.) introduced me to so many bands that I will always remember hearing for the first time on that show. I know I’m not alone on that last one.

LBB> As we age, our ears change physically and our tastes evolve too, and life changes mean we don’t get to engage in our passions in the same intensity as in our youth - how has your relationship with sound and music changed over the years?

Heather> That passion and intensity is the reason I wanted to work in the music industry. I’m trying to hold onto it as much as I can. It’s true, I felt a deeper connection to music when I was younger but that’s the feeling I’m always chasing. Last year, I found it again. In Anna Leone. I was fortunate enough to hear her new record when it felt like the world was falling apart. Not only was I going through everything that 2020 brought to everyone but I had just lost my mom to cancer a few months before. This record has helped me more than any therapist could. It also brought me back to times in high school when I would listen to CD’s in my room and memorise lyric inserts trying to understand emotions I hadn’t experienced yet. Except now, with Anna’s record, I fully understand all these emotions. More passionately and intensely than ever before.

Radio LBB: A Summer of Sport