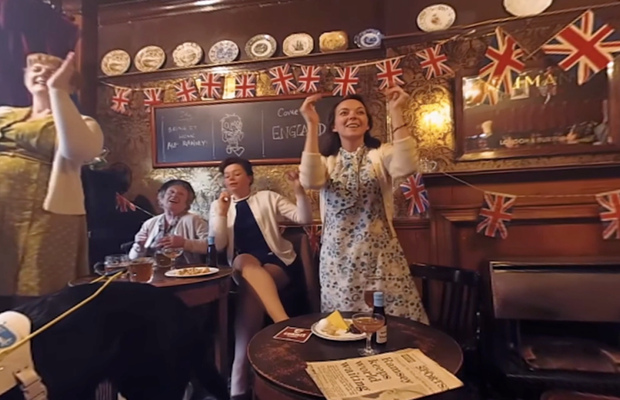 Football legend Sir Geoff Hurst has backed a new project that brings the experience of watching England’s iconic 1966 World Cup victory back to life.
The Wayback is an ongoing VR project that uses the immersive technology to help trigger positive memories in people suffering from Alzheimer’s. This time round, the VR experience transports users to the empty streets, sitting rooms full of enraptured families and lively pubs of July 30th 1966, the day of an immortal World Cup final.
The England striker scored a hat trick, powering the team to a 4-2 victory over Germany. He’s found the VR experience to be a fascinating experience. As he was on the pitch at the time, he didn’t get to experience the national buzz around the streets, pubs and homes of England first time round. He’s full of praise for the level of detail in the film.
“I think it’s great to see some of the images from the film, it’s fantastic. It reinforces what you know , what you’re not aware of really, how people celebrated all over the country,” he says. “One thing that sticks in my mind when people talk about it is that there were no cars on the roads.”
The Wayback was devised by creative team Dan Cole and Andy Garnett as Dan had seen the destructive impact of the disease up close when caring for his own father. Thomas Thomas Films has been a key partner of The Wayback all along. As well as producing this lively 1960s celebration, they also made the previous VR experience, which centred on the coronation of Queen Elizabeth II in 1953. Plans are already underway to create an experience based on viewing the moon landing of 1969. 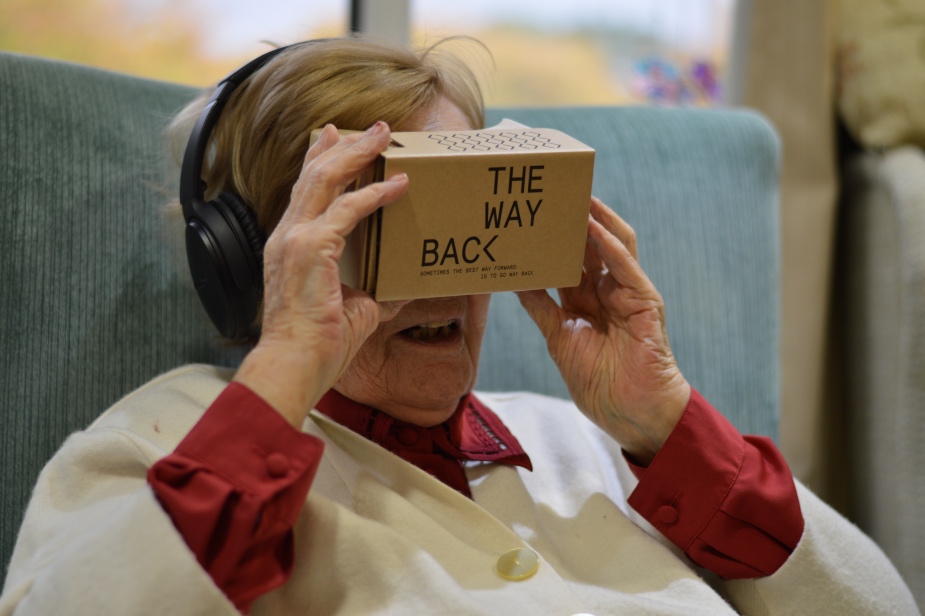 The Wayback is inspired by Immersion Therapy, whereby Alzheimer’s sufferers are surround by objects and music from their youth, and the team has a whole list of potential events to recreate (read more about the thinking behind The Wayback here.)
For Geoff, the drive to get involved in the Wayback and share it comes from his own experiences seeing the impact of Alzheimer’s Disease.  “For me I think we all get involved in charities for personal reasons,” he says. “My personal motivation was that a number of the players, a number of the world cup team are suffering from this awful, awful disease.
“I think this particular film that you’re doing I’ll be a huge help to a lot of people to relive the past.” 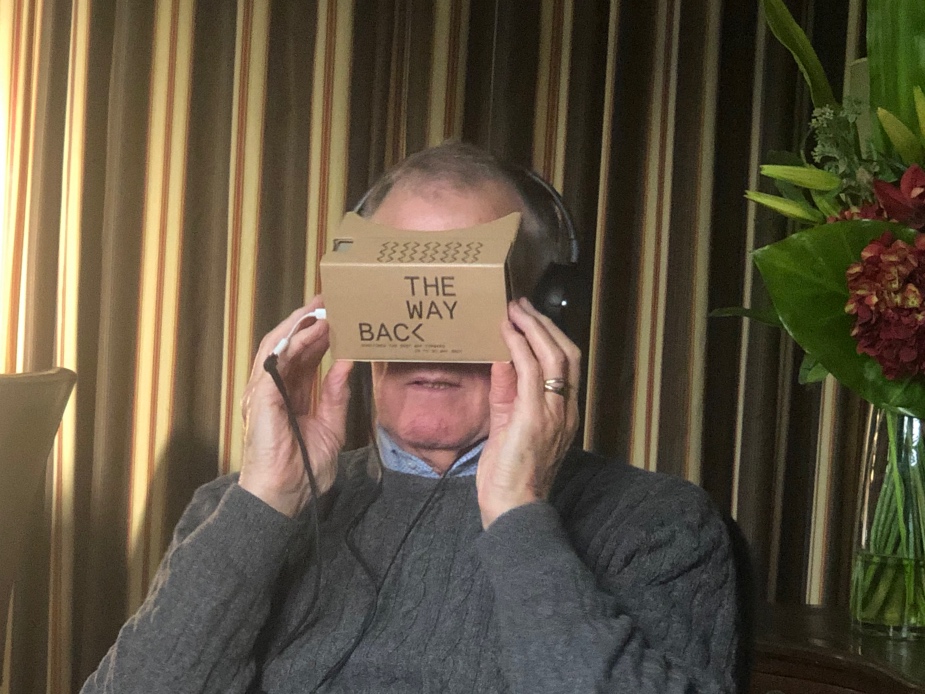 The Wayback has been designed to be easily accessed by anyone with a smartphone and a cardboard viewer. You can download The Wayback app here.