The Upwards Trajectory of Creative Careers

Marc Lewis, dean of the School of Communication Arts discusses how a creative education can provide a more fulfilling career path in a world beset by automation 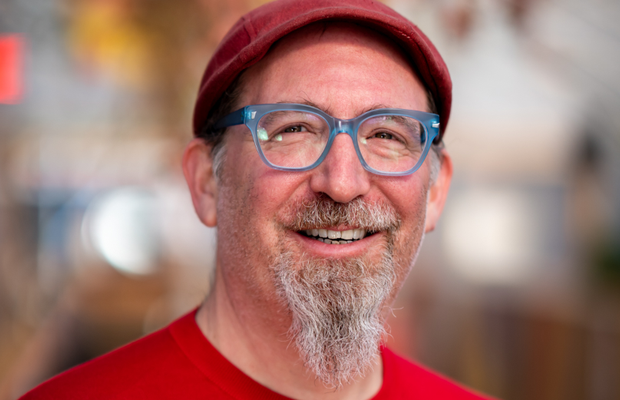 The pandemic hasn’t left us short of challenges and obstacles over the past eighteen months. Of the many difficulties faced by the UK as a whole, one of the more troubling examples has been persistent job losses.

Recent figures from the Office for National Statistics (ONS) put this plight into perspective. At the start of the year, unemployment was at 4.8 per cent, while the first twelve months of the pandemic saw the loss of 813,000 jobs as a direct consequence of its impact.

But hope, as the saying goes, springs eternal. We shouldn’t throw our hands up in despair at economic unrest and rising unemployment – we should use these occasions as opportunities to challenge our perceptions of what a good, stable, fulfilling job looks like in a world that can change at the drop of a proverbial hat.

It might be surprising to learn, for example, that (according to the World Economic Forum) the creative sector is growing at five times the rate of the UK economy. This is a statistic that might slip past unnoticed in times of peace and plenty, but – in the era of Covid – the upward trajectory of this graph begins to resemble a mountain worth climbing.

As such, it’s worth pausing to reflect on the lucrative and rewarding opportunities that creative careers in today’s landscape have to offer.

The thriving world of creativity

It’s understandable that many young people might not associate creativity with opportunity. We can all picture the scene: a forbidding parent or guardian raising a steely eyebrow at the mere prospect of their child trying to gain a creative career. Creativity isn’t respectable, or stable, or well-paid! Or is it?

In fact, recent surveys suggest that young professionals who took that kind of creative stereotype to heart have now entered the world of work only to find that a spark of creativity is essential.

According to an Adobe survey, for example, a staggering 78 per cent of university educated employees over 25 wish they had more creative ability.

Other studies tell us that their instincts are absolutely spot on, as an IBM poll of CEOs has found that creativity is considered the most important factor for future success.

So, let’s recap: not only do professionals of various sorts and the CEOs they work for all agree that creativity is of paramount importance, but we also know – as I mentioned earlier – that the creative industry is growing at a remarkable rate.

This means that, far from being an unreliable or an unrealistic career option, a creative career has never looked more appealing – nobody has to choose between creative fulfilment and lucrative stability.

The pandemic has made us value stability more than ever before, and – as such – it’s worth reflecting on what makes the industry so robust, not only when it comes to the tribulations of today but thinking ahead to the trials of the future.

Rise of the robots

One such trial is the increase in automation that’s been exacerbated by the pandemic.

According to Oxford University economist Daniel Susskind, “The pandemic has created a very strong incentive to automate the work of human beings.” And, as Susskind points out, it’s easy to see why. With an airborne virus still circulating, many organisations are coming to see the value of automation: “Machines don’t fall ill, they don’t need to isolate to protect peers, they don’t need to take time off work.”

Moreover, given the advanced state of today’s artificial intelligence, human beings are becoming replaceable in more industries than ever before. We’re no longer dealing solely with robotic arms in factories, but with algorithms savvy enough – as PwC predicts – to replace workers in fields like financial services.

Nonetheless, PwC goes on to note that 44 per cent of 'workers with low education' are at risk of automation by the mid-2030s. Clearly, with less educated workers being particularly vulnerable to automation, education is the answer.

But what should they educate themselves in? What field can resist these robotic incursions on human activities? The answer is, of course, the creative industry.

A McKinsey report on automation hammers home the fact that machines just aren’t capable of creativity, and, as such, “social, emotional, and higher cognitive skills, such as creativity, critical thinking, and complex information processing, will see growing demand.”

With the right education, today’s young people and workers at risk of automation can defeat these concerns, provide themselves with skills that business leaders love, and find an incredibly fulfilling cause into the bargain.

A creative education is the key to finding lucrative, rewarding work that cannot be usurped by mechanical minds. By turning to creativity, workers can thrive amidst the human aspects of work – the improvisation, the imagination, the connections we share with one another – aspects that are paramount and irreplaceable.