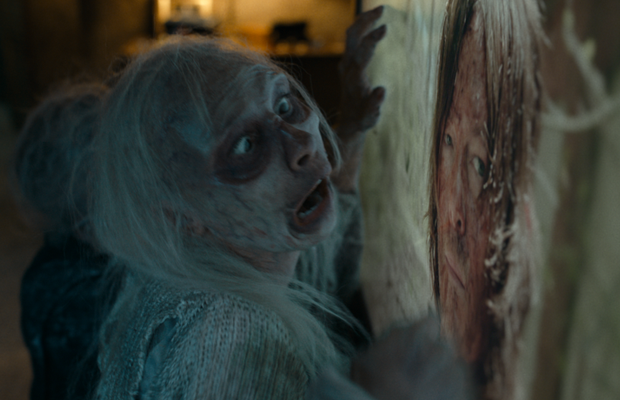 Disney+ is launching an EMEA-wide advertising campaign ‘House of Disney+’ which brings to life the streaming service’s unique line up and iconic Disney storytelling. From more expected content like Pixar’s 'Toy Story' franchise and 'The Simpsons' to the unexpected like all series of 'The Walking Dead' and the forthcoming 'The Kardashians'. The campaign’s ambition is to surprise and delight people with the full range of TV series and movies that are available to subscribers.

The TV spot seamlessly blends live-action and CGI elements. It opens to a remixed soundtrack of Wondrous Place by 1960s singer Billy Fury as a camera descends from the sky onto a collection of apartment buildings whose silhouette resembles the iconic Disney Castle.

Slowly the camera reveals that the castle is actually a collection of separate buildings. On top of one building is an illuminated Disney+ sign from which the camera takes viewers on a journey through various apartments in which they witness live-action scenes featuring the array of content available on Disney+.

The viewer is taken through six rooms themed by 'Toy Story', 'The King’s Man', 'The Simpsons', 'The Kardashians', 'The Book of Boba Fett', and ”The Walking Dead”. The live-action scenes from each room take cues from the content the characters are watching, such as a shadow of Rex from “Toy Story” and an action scene reminiscent of 'The King’s Man'. The film ends with the camera shot pulling out of the apartment blocks to reveal all six rooms.

The TV spot execution was created by Leo Burnett London and directed by Ian Pons Jewell and it builds on the campaign’s juxtaposition idea that was created in-house.  The EMEA-wide campaign will run across TV, cinema and on social.

Usama Al-Qassab, vice president marketing Disney+ EMEA, The Walt Disney Company, said: “Disney is synonymous with timeless storytelling and with this campaign we want to make sure viewers understand Disney+ is the home of a wide variety of iconic content. From “Encanto” and “The Book of Boba Fett” to “Pam and Tommy” and “The Walking Dead” and our upcoming slate of European originals. Our subscribers can find just about anything they are in the mood for on Disney+. Some may even be surprised by what they find."

Publicis Groupe UK’s chief creative officer Ben Mooge, the Publicis Imagine Power of One team inclusive of Leo Burnett London, said: “Disney+ is fast becoming known for TV and movies beyond the expected – as so many of us who time-travelled with the “Beatles: Get Back” recently can testify to. Disney has almost 100 years of rich heritage in setting the bar on storytelling and production – so we’ve brought the same care and craft in bringing this familiar yet surprising House of Disney+ to life. Blending CGI with live action and everything in between, Ian has helped us make a film that’s worthy of the content on Disney+.”

Since launching in 2019, Disney+ has generated rapid growth in subscribers. Disney+ in EMEA expanded its content offering to now offer the latest from 20th Century Studios, Disney Television Studios, FX, Searchlight Pictures, spanning a wide range of genres from reality TV, drama, comedy and sci-fi alongside content from Disney, Pixar, Marvel, Star Wars, and National Geographic. Robust parental controls ensure that Disney+ remains a suitable viewing experience for everyone in the family. Subscribers can set access limits on mature content and create PIN protected profiles, alongside the already existing Kids Profiles, to give parents and guardians peace of mind.

ŠKODA's New Campaign Puts FABIA Back in the Spotlight