The campaign consists of press ads in the Irish Times, an EDM which is to be sent directly to the inbox of those key decision makers and social media 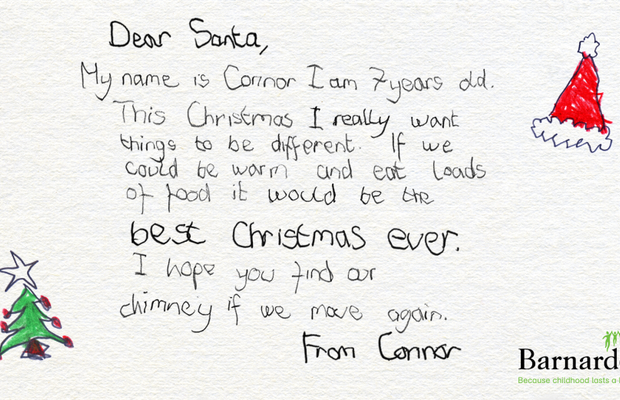 Last year saw record levels of charitable giving both from an individual and corporate point of view. However, unlike last year when companies were saving money on staff expenses and overheads, this year Christmas parties are back on the agenda and corporates likely have less to give to charity.

With this in mind, the campaign is designed to get corporate decision makers to reconsider where their spending is going this Christmas and remind them of the need to support the most vulnerable in our society by investing in a child’s future.

The campaign consists of press ads in the Irish Times, an EDM which is to be sent directly to the inbox of those key decision makers and social media.

Dillon McKenna, creative director, The Public House, added: “I imagine it would be an easy decision for businesses to donate a portion of their Christmas celebration budget to help disadvantaged kids - if it were top of mind. By having our advert from the POV of a vulnerable child, we feel business decision makers will be mindful once Christmas budgets are spent.”

Seán Bergin, fundraising manager at Barnardos, says: “Christmas is such a special time for many children across Ireland but it can also be the toughest. In an ever changing society and as Ireland tries to navigate it's way through the pandemic, young children and families still face uncertainty and support now more than ever. Barnardos are asking for the support from the business community to donate and invest in a child's future”

The campaign for The Public House is another example of the agency’s anti-formula approach to building attention grabbing work that is in line with their philosophy that ‘boring doesn’t sell’.  The independent creative shop works with a diverse portfolio of ambitious clients including FBD Insurance, EPIC:  The Irish Emigration Museum, 48, Redbreast Irish Whiskey and Barnardos.