The Hairy Bikers Cheat on Meat in Knorr’s TV Return 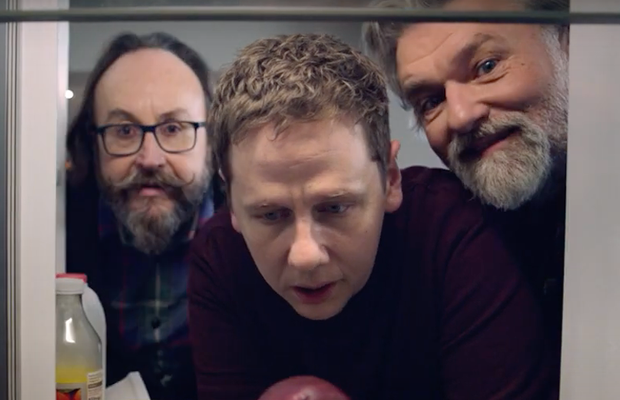 The UK’s biggest stocks brand, Knorr, today announces its long-awaited return to the nation’s TV screens as part of its £6m ‘#CheatOnMeat’ campaign. Featuring the popular cooking duo, The Hairy Bikers, the TV ad aims to raise awareness of the brand and encourage people to #CheatonMeat this Veganuary and beyond.

The television ad will feature The Hairy Bikers surprising a staunch meat-lover who claims, ‘it’s not a real meal without meat’. The iconic chefs then show him how to create delicious meals with the help of Knorr Veggie Stocks, impressing him with a mouth-watering, meat free sweet potato & bean chilli and earning his approval.

This integrated campaign aims to demystify meat-free meals to consumers that meat-free meals cooked with Knorr stocks can taste as good, if not better, than meals made with meat. In addition to TV, Knorr will be helping to amplifying in-store presence through online and instore POS. As well as investing in a social media campaign and PR support, running always-on recipe inspirations and collaborating with BBC Good Food on a recipe takeover

Fikerte Woldegiorgis, foods marketing director, Unilever UK&I commented: “Increasingly more consumers are keen to cut down on meat for various reasons including health, environmental impact, or animal welfare. However, they just don’t know how to do that without sacrificing on taste or satisfaction. With Knorr’s rich flavour expertise, we are on mission to make meat-free meals an indulgence, not a sacrifice”

“Veganuary is a great time to give eating less meat a try, which is why we’re investing in a mass media campaign and returning to TV screens for the first time in three years. And, with Britain’s best-known meat lovers, the Hairy Bikers, at the helm, providing scrumptious recipe inspiration we’re proving that meat-free can still be mouthwatering! So, here’s to making Veganuary the tastiest yet with Knorr Veggie Stocks!”

Alex Okada, global creative director at the creative agency, MullenLowe, which created the advert commented: “Knorr is a household name in the UK and has been behind delicious meals for generations. So, to pair them up with another household favourite in the Hairy Bikers, experts in tasty veggie recipes, it gave us a great platform to let the ‘Cheat on Meat’ message really sing. In what could have been a tricky production, given world events, it was great to have a client partner so determined to make great work come rain or shine.”

In 2020, Knorr launched two new seasoning ranges, firstly the Knorr Vegan Flavoured Stock Pots and secondly its first ever liquid seasoning range. The stock pots have been uniquely created to add new flavours at the beginning of the cooking process, while Knorr’s Liquid Seasonings will the boost flavour in dishes that don’t always need a stock. Both complement some of the nation’s favourite flavours[3] such as Mexican, Italian and Thai and are part of the delicious Knorr Veggie Cooks Essentials, which are designed to help  bring full on flavours to meat free dishes and make it easier than ever before to cheat on meat.

Supradyn Surprises the Internet through a Memory Test with a Twist

Who Runs the World? Why Advertising Can No Longer Afford to Ignore Women Over 50