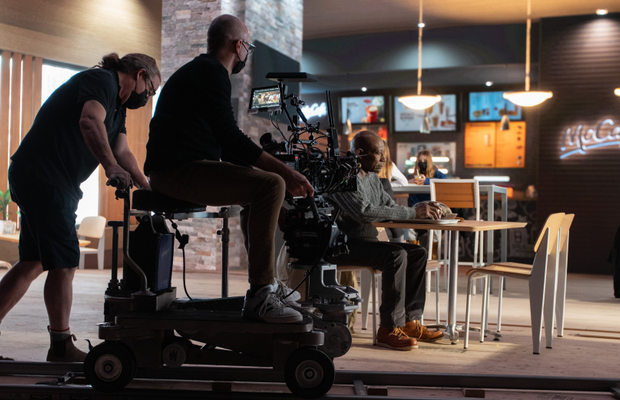 The days of filming inside a fast food restaurant, small retail or big box store may soon be behind us. No need to close down a retail store for a film shoot ever again. No more night shoots, no more excessive costs to set dress winter in the middle of summer. Sunset all day long? No problem... those days are all over.

As we entered the pandemic, not only traveling to remote locations became impossible, but traveling within our own city to our local McDonald’s also became challenging. Agencies and clients no longer were on set, budgets were shrinking, closing a restaurant for the entire day was strenuous. Shooting summer scenes in the winter now fell on local art departments which in turn required more money. The entire process became much harder and there was a dire need for a solution. The LED Volume offers that solution.

Co-directors Matt Manhire and David Whiteson recently finished a proof of concept spec spot for McDonald’s shot entirely on the newest piece of technology called the LED Volume. The LED Volume is a giant LED screen that displays a CG photo-real environment. What makes this technology unique is that the CG digital set reacts and moves in real time with the camera. As the camera moves, we get interactive parallax and depth in the background that looks just like we were shooting a real environment. Therefore allowing for the freedom of movement within this environment. 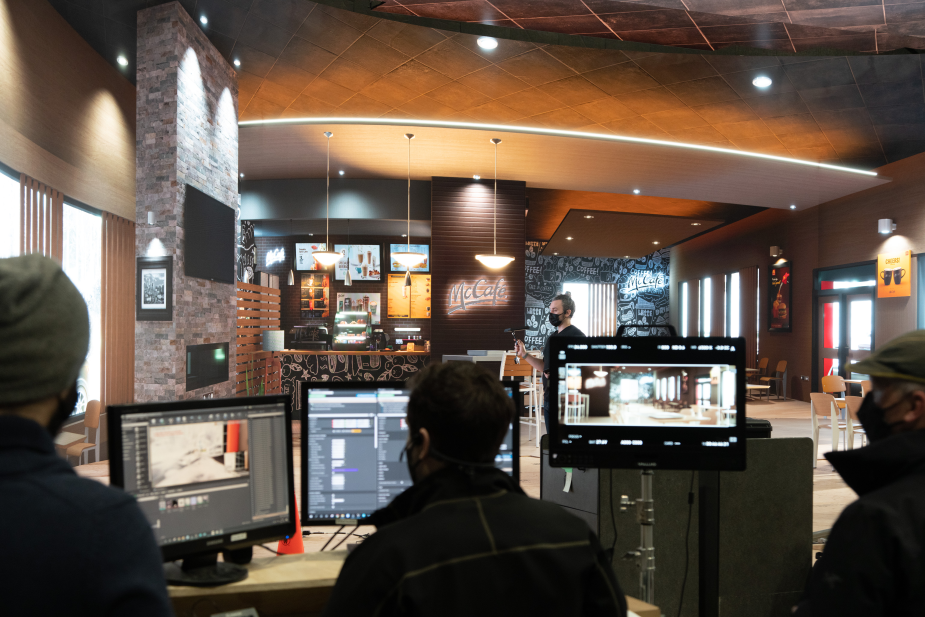 In a collaboration between alter ego, Pixomondo ('PXO'), William F. White, and Feels Like Home Films, Manhire and Whiteson spent nine weeks overseeing the creation of the McDonald’s interior and exterior assets down to the precise level of detail of digital coffee cups on the counter and specific featured items on the menu boards.

“We feel so strongly about this technology and it being the future of advertising that we initially set out to make this commercial entirely on spec. Sometimes you need to provide a proof of concept to convince people that it’s the right way to go. The results don’t lie. It’s impossible to tell that not only is the restaurant computer generated but that everything was entirely captured in camera,” says co-director David Whiteson. 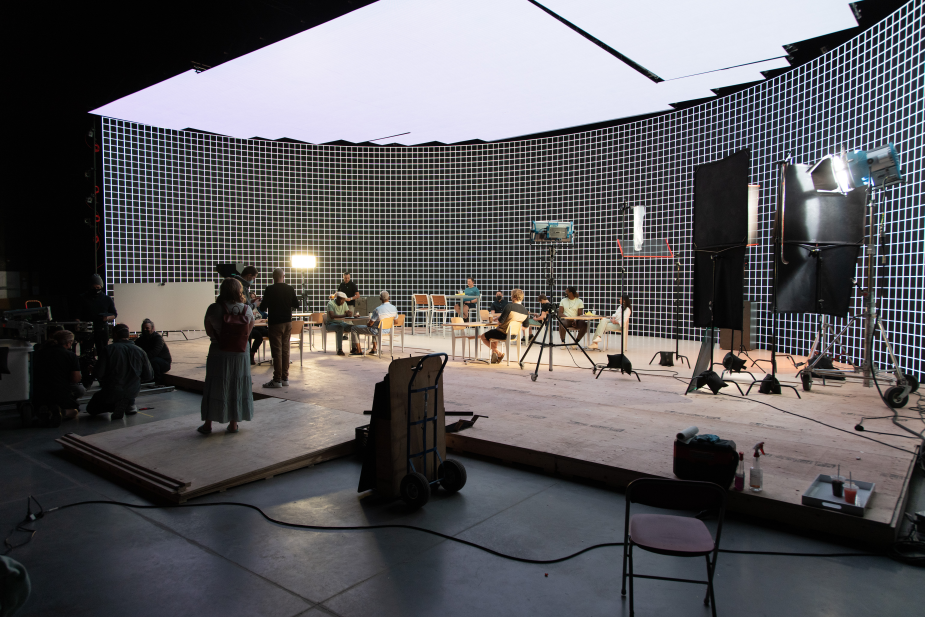 “Absolutely mind blowing. This isn’t just going to change the production process, it’s going to change the ideation process. Anything is possible now. Visiting the studio and seeing the screen in action with my own two eyes, it felt like I was stepping into the future,” says Craig McIntosh - executive creative director (Cossette).

"Typically with Virtual Production we’ve seen a world of fantastical environments whereas the challenge that we undertook here was to create something completely recognisable that exists in our everyday lives. This is far more difficult because the viewer instantly knows what a McDonald’s restaurant looks like. The margin of error is far smaller,” says Matthew Manhire co-director.

For this specific piece, the story itself illustrates the power of shooting on the LED Volume. We were not only able to simulate the weather of three entirely different seasons being Winter, Spring and Summer but also create sunrise lighting for the entire day. That’s something that could never be done in the same time frame or cost of what was achieved within the LED Volume studio. The shoot itself was one 12 hour day, requiring a third of the crew, and a third of the lighting equipment. To execute this script in a conventional way on location would have required a two day shoot.

“Ironically the day we showed up to the studio to begin filming there happened to be a snow storm outside. David and I laughed about the fact that if we were on location we would’ve been in serious trouble. There would have been significant financial overages to clear the snow and then days or weeks in post cleaning it all up. With virtual production it was all a non-issue,” says Matthew Manhire.

“Working with alter ego was an absolute blast! Commercials are fast-paced and require lots of flexibility and agility. The real time technology of Virtual Production lends itself perfectly to this type of filmmaking format. We look forward to working with alter ego on other commercial projects and bring the exciting and pioneering world of in-camera visual effects to short-form production." said Mahmoud Rahnama, head of studio, Pixomondo Toronto and Montreal.

LED Volume technology isn’t new. It’s been around for a few years now. The major hit Disney show The Mandalorian really pushed the technology to the forefront and showed us how it can be used in a non-traditional way. PXO's virtual production work can currently be seen in Season 4 of Star Trek: Discovery as well as in the upcoming Star Trek spinoff Strange New Worlds. PXO is currently in production on Netflix's Avatar: The Last Airbender which is shooting on its Vancouver Virtual Production stage.

The difference is that commercials have not yet embraced this technology either through fear of costs or from freedom of creativity. What alter ego and PXO’s CG departments have created completely debunks all of those myths.

Directory of Photography Eric Whipp “The advancement of the LED Volume allows for an extreme amount of natural light and freedom in camera movement. I’m no longer chasing the sun, trying to maintain shadows and light quality. No need for giant soft silks being assembled, or numerous 6k lights to simulate the sun. I had a total of four lights for the entire day, and yet we have this continuous sense of sunrise all day long. It’s incredible! It really does feel like we’re in a McDonald’s restaurant……except we’re not!”

“Where the strength of the LED Volume can be harnessed in commercial production, is in the reusing of the assets time and time again.” says Co-Director David Whiteson - continuing on saying that "Once we’ve built the restaurant in CG, McDonald’s can reuse that asset forever eliminating the need to ever go to a real restaurant location again. They just return to the studio and load up the CG environment on the LED Volume. At the push of a button all the artwork and signage in the restaurant instantly turns to french or special promotions, eliminating the need to print posters, rehang them in the space costing precious set time, or heavy post production costs fixing it after the shoot is complete. Having 25 years in the post production industry I’ve seen my fair share of problems arise on set that are left for me to fix in post. This approach really can reduce those mistakes to almost zero.”

This really does feel like it’s the beginning of something big for our industry. An entire shift in mentality and approach. A new way of doing things while maintaining the highest quality we’ve come to expect from capturing everything in camera on location. Now it’s just from the comfort of inside a studio. Filmmaking has changed forever.

The Wall - Credits with IG Tags