The Evolution of Snapchat: From Entertainment to E-Commerce? 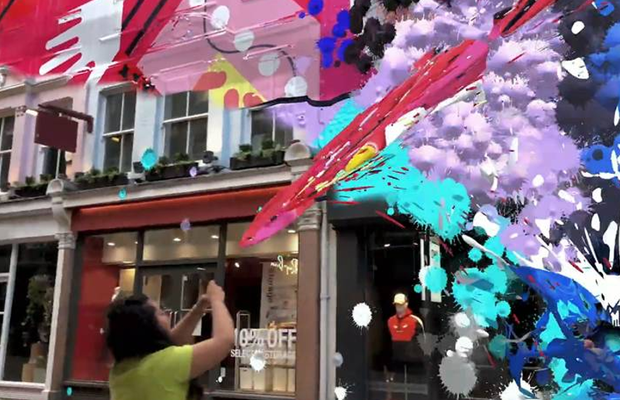 Since it first launched in 2011, the appeal of Snapchat has come down to a few defining factors. Firstly and most importantly is the platform’s ‘realness’, its obsession with one-to-one, personalised video speaking straight to camera. Secondly, is the platform being in real-time - videos are live, instant and offer a peak into anyone’s world. Finally, and not to be dismissed, is the platform’s leadership in championing vertical video. Whilst this may seem obvious, it took a lot of platforms and brands a long time to realise that people want to use their phones in their natural way (sorry to those weird sideways-holding folk).
Brands who successfully have latched onto these traits are the ones who have won big on the platform. Snapchat and the NFL partnerships have always been a touchdown (sorry - couldn’t help myself). Who could forget one of the original brand lenses - Gatorade’s 2016 cooler dunk or the NFL’s new AR lens which takes fans through their teams tunnel and into the stadium. Both these ideas tapped into real behaviours (dunking after a win/walking down the tunnel) and delivered it in real time (end of the Super Bowl/pre-NFL game).
The true magic of Snapchat is unlocked when it’s used in its natural form: authentic, with a hint of fun or attitude, delivered in the moment. Bonus points for brands who hijack important cultural events (Olympics, Earth Hour) or are able to leverage user behaviours such as post-purchase snapping.
On top of this, Snapchat taps into an unshakeable human truth - deep down there is a kid inside all of us. Curious, silly, playful, goofy and often just chasing a laugh in the grown-up world. Whether that’s determining the breed of your neighbour’s dog (Dog Scanner), asking Alexa to turn your hair into a Joe Exotic mullet (Alexa AR), or painting the town purple (City Painter Local Lens). Snapchat’s human-first interactivity merely just gives us an easy shortcut to bringing that kid out of its box.
But for all the hard work Snapchat has done, it can’t ignore a changing reality of the social world. People are increasingly looking for one-stop-shops. It’s no longer enough to simply browse the most cutting trends, people now want the ability to buy in platform. What can I say, we are lazy buggers. Instagram’s ‘Shop Now’ function or the huge growth of Facebook Marketplace are testament to this.
WeChat is the obvious juggernaut in this area. What was once a mere messaging app, now has the capability to: order from a restaurant, book a flight, pay your gas bill, get a loan, see a doctor and find a date. In fact there are 3.2million mini-apps available within WeChat itself. That’s mind-boggling. WeChat, way before most other platforms, recognised, designed and then executed on the mother of all Swiss-army-knife approaches. Far beyond messaging, it has over time positioned itself as a one stop shop for everything. Literally everything.
So as younger users move towards a preference for ‘platform depth’ over ‘platform breadth’ it begs the question for Snapchat: Is there money in just being funny?
Well, the recent launch of Snap’s mini-app platform is a huge signal that they know they need to evolve. This new offering allows brands and services to integrate directly into Snapchat. Effectively transforming it from an entertainment platform into an e-commerce platform. ‘The WeChat effect’ if you will.
Snapchat has a huge opportunity to move its model in this direction - from being genuinely entertaining to being genuinely useful. Big partners such as Coachella are already on board - having developed a festival planning mini-app. People are constantly Snapping their favourite musical acts so this makes sense. Atom Movie Tickets also has a mini-app in the pipeline - using Snap in a more pure e-commerce way, with instant ticket purchases. But the one that really caught my attention is the Headspace meditation mini-app. Headspace has a lot of brand appeal in its own right. But even it recognises that Snap is the perfect place to engage with the forever elusive Gen Z (around 90% of Snapchat’s users are 13-24 years old). This is the sweet spot where Snapchat has a substantial competitive advantage and where brands should look to capitalise. Hijack Snap’s highly engaged user base and deliver a seamless digital experience that is both real and useful.
E-commerce integration across platforms is nothing new, but offering deals when users are deeply engaged with the experience is where the money lies. The blueprint for Snapchat is clear. Do what it’s always done well: funnel users in with filters, then dangle the deal in front of users whilst interacting.