The-Artery director on bold visuals, a love for directing music videos and working with Gal Gadot 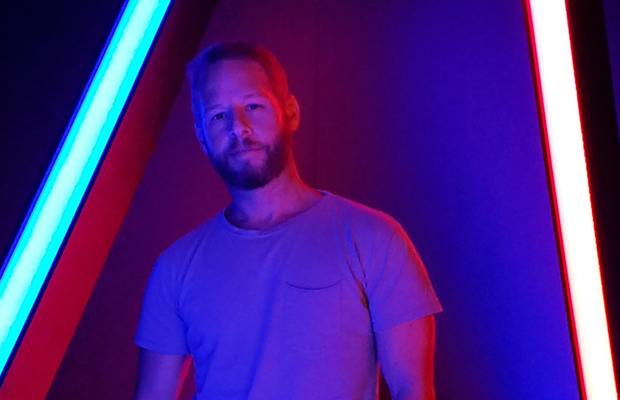 Uri Schutzer, video and creative director at multi-award-winning creative company The-Artery, has accumulated over 17 years of multidisciplinary experience in advertising, television production, and immersive experiential production. Boasting Effie, Promax, and ABBY accolades, Uri has directed narratives for some of the world's top names, including Coca-Cola, Unilever, Nestle, the United Nations and more.

In 2016, Uri co-founded creative and production studio The Ark which specialised in immersive and experiential entertainment and was born of the desire to push the boundaries of live entertainment by basing on audience participation.

Versatile across advertising and music videos, his most notable pieces range from Mercari’s first-ever Super Bowl ad "Get Your Unused Things Back in the Game" and the interactive "Keep Your Head Up" music video for singer and songwriter Andy Grammer which garnered "Most Innovative Music Video" at MTV’s OMAs.

Uri> Scripts that feature great storytelling with bold visuals are my favourite. I'm always excited about the challenge of creating a cinematic film in less than a minute - finding a way to get people emotional or overwhelmed in such a short time.

Uri> I look for a way to make the spot unique. What will be the memorable hook? Once I find the essence, I usually listen to some music, something in the vibe of the script, and start to imagine the flow. Then I'm ready to create some inspiration boards and sketches to illustrate my vision.

LBB> If the script is for a brand that you're not familiar with/don't have a big affinity with or a market you're new to, how important is it for you to do research and understand that strategic and contextual side of the ad? If it's important to you, how do you do it?

Uri> I have clients that have worked with me exclusively for many years. We collaborate from the strategy phase through the creative process and, of course, the actual production. I love to be part of this process whenever possible. I believe it makes for superior work - both creatively and strategically.

Uri> There are quite a few relationships within a production that are important to the process, like the DP or the editor. But, the most important one is with the producer. A good partnership goes a long way and creates a smooth production with, usually, beautiful results.

Uri> I'm obsessed with great music. A strong score or a beautiful song inspires me more than anything. I just put my headphones on and let myself dream and fantasize. This is why I love directing music videos too.

Uri> At the beginning of my career, agencies boxed me in a specific genre, and it took me a while to show that I am a versatile director and look forward to challenges.

LBB> Have you ever worked with a cost consultant and if so how have your experiences been?

Uri> I am very aware of any budget limitations in each project I direct. I work closely with the producer on all budgeting aspects to find a way to bring viable solutions.

LBB> What's the craziest problem you've come across in the course of production – and how did you solve it?

Uri> I’m not sure if it's the craziest, but it certainly was the funniest. I directed a commercial in Budapest in the winter with a huge amount of extras who all needed to dress in a certain way. A day before the shoot, I found out that the stylist had a panic attack, didn’t have enough clothes, and in general, everything looked pretty awful! So I found myself going to local stores in a snowstorm, buying tons of stuff, fitting the humongous cast by myself, and making adjustments with a pair of scissors as I have no clue how to mend clothes!

Uri> The key is to share with the agency and the client as much as possible: sketches, boards, locations, cast, etc. Then everyone is aligned, and if something needs adjustment, we work on it together, and everyone is happy and feels included. I like a happy set.

Uri> I am already doing it. I was very fortunate to have amazing mentors when I was a junior, so it comes naturally to pay it forward.

Uri> I think Zoom meetings are here to stay. I can work from anywhere except shooting days when I have to be on set. I explored new technologies during the pandemic, like motion capture and Virtual Reality, which blew my mind in terms of the new possibilities they represent.

Uri> For me, the classic cinema frame is still the most compelling format. However, I am aware that many people will see my work in different formats. I make a point of having the right shots to create a spot that is identical to the original film, as much as the format allows.

LBB> What's your relationship with new technology and, if at all, how do you incorporate future-facing tech into your work?

Uri> I directed a few interactive campaigns, an interactive music video, and Virtual Reality experiences. I also created a mapping projection-interactive experience in a physical dome for PWC and The United Nations. I am curious about new technologies and try to incorporate it in my work when the opportunity arises.

Uri> I worked exclusively with Gal Gadot for a cosmetics brand for two years. We created 10 spots for their products, but my favourite was the Perfume spot. People always ask me if we created the golden flower in CGI or was it all mechanical. The truth is that it's a very simple structure, with the golden petals opened by six people who pull wires like in a theatre production.

As a gay man, I was very proud to direct ‘The Rainbow Story’ with Lavern Cox for SodaStream. It was a privilege to work with such an influential advocate and create a superhero version of her life story. I really enjoyed creating a spot that combined live-action and classical animation.

The music video I directed for Sofia Carson, which we launched recently, is part of an amazing collaboration I have built with Sofia over the past year. Music videos allow me to be more abstract and artistic, work with metaphors, and use movement and choreography to tell the story of the song.

This year, I created a commercial for a window design company. I thought that the script was great from the get go, and, even better, the agency gave me a lot of freedom to develop the idea and find ways to make it “pop”. The BTS, in this case, might be better than the spot, lol ; we did a lot of rehearsals to synchronize the dancers with the moving walls and light and then smoothed everything with VFX.