Having directed spots for Microsoft, Starbucks, Samsung and Walmart, Tool director Sasha chats about her processes, capturing sparks of humanity and the changing nature of film 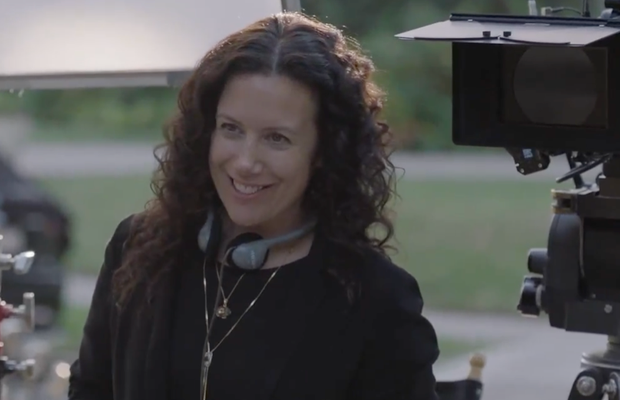 Sasha Levinson is an award-winning writer/director who has worked with Oprah Winfrey, Serena Williams, Mary J Blige, 50 Cent, and the Dalia Lama; and Levinson has shot major campaigns for Google, Microsoft, Starbucks, and the City of Las Vegas. Inspired by the goodness that connects all humans, Sasha brings a sense of joy and celebration to her filmmaking, and she concentrates on capturing the intimate human details of a story. Levinson’s work had premiered at SXSW, the Cleveland International Film Festival, and she has been nominated for MTV and AICP Next Awards. She has just completed post production on the feature film, Sylvie of The Sunshine State, a funny and startlingly honest glimpse into contemporary motherhood and  daughterhood that will make parents everywhere feel a little less crazy and alone.

Awards: Multiple Addy’s for multiple spots both regional and national, YouTube Ad of the Year nomination, AICP Next, work published in Shots and  Communication Arts.

Sasha> For me it’s about that spark of humanity. If a script has a turn of story or mood that gives me goosebumps or makes me feel joy, I’m excited. I love working with authentic human emotion.

Sasha> After my initial call with the agency, I sit down and do a free-write session. I let all of my initial reactions and ideas flow in a raw unfiltered way. This is the seed for the written treatment which gets refined over several days. Later in the process I will look at visuals and it’s like opening a jewel box. A whole new layer of ideas are sparked and I revise the written expression around that.

If the script is for a brand that you're not familiar with/ don’t have a big affinity with or a market you're new to, how important is it for you to do research and understand that strategic and contextual side of the ad? If it’s important to you, how do you do it?

Sasha> It’s important for me to understand the history and culture of a brand I am working with. Agencies are often surprised that I find customer research and even focus group insights super fascinating. From a film standpoint this is like character backstory and it can really help me to  understand who my audience is.

Sasha> That’s a tough question and I think unanswerable. Film is a such collaborative art form. Depending on the creative of the project, it will change. As the director I have  open lanes of dialogue between creatives on the agency and production side. Depending on the project needs, some lanes will be fuller than others. It’s always changing.

Sasha> I love stories of human transformation. Whether that is happening intimately between two characters in a room or on a dance floor in a packed nightclub, I love humanity and the life narrative. Lately I find myself curious about the space where story and dance intersect. But I am also making a film that is an homage to the 1970’s spy thriller. So really- the common thread is authentic human transformation.

Sasha> I’ve been told I have an extremely calm demeanour on set- that listening to me direct puts people in a meditative state. So my voice is calm but I am actually super enthusiastic about making film and the collaborative process. I was once told that on a pitch call, I didn’t sound excited about the project. And this was hugely disappointing because I was sooooooo excited about the project.

Have you ever worked with a cost consultant and if so how have your experiences been?

Sasha> I have worked with a cost consultant on many occasions but am generally one step removed and speaking through my producer to address comments. From my perspective a fairly neutral part of the process. Budgets are a driver and I respect that. I think it helps that I worked as line producer for a few years. I know my way around that space and can have constructive conversations there.

Sasha> In my early 20’s I worked as a stylist then through an interesting turn of events became a music video producer. The craziest problem I encountered ever, was on a Biggie Smalls tribute video I produced in Brooklyn, a few years after his death.

We were filming on the block where he grew up with a lot of celebrities and the Mayors office of film and tv was heavily scrutinising the shoot. Without going into details, the levels of strategic problem solving that needed to go into getting the shots the director wanted, was pretty intense. It felt like so much was at stake. I was so young but even then I remember loving the strategic problem solving of production.

As a director, one of the most dynamic challenges I remember was when I was shooting the Eastern European launch of the Vicks brand. It was the beautiful brand spot all set in cold weather. We needed big vistas with snow. But there was no snow to be found in Europe. We wound up in the mountains outside Krakow but just the week before our shoot, it was warm and all of the snow melted. We were about to abandon the location completely and I woke up super early that morning and noticed that the frost on the tall grasses, from afar, gave the illusion that the countryside was bathed in snow. So I realised that if we started early enough we could get our wide shots before the morning frost melted and then manufactured snow for the tights which we could shoot later in the day. This felt like such a win and the vast frost landscape was one of the most beautiful things I’ve ever seen.

Sasha> I’m a good communicator and intuitive. I like to think I have a sense of how to deliver an idea while also being a good listener. I will always speak my authentic creative mind in a way that is in service to the idea, but I also understand that creation is a fluid thing. My idea may not always ben the most effective and the agency and brand client have usually been living this idea far longer than I have so they bring wisdom.

What are your thoughts on opening up the production world to a more diverse pool of talent? Are you open to mentoring and apprenticeships on set?

Sasha> I came up in production in New York City which has always been extremely diverse. When I came to Los Angeles, for lack of better language, I was like- why is everyone white on set? I shoot a lot in Miami as well and our sets are so diverse and it just feels better. I think LA is catching up.

I love mentoring young filmmakers. I understand the calling so when I meet someone who is like- this is what I have to do with my life, I love exposing them to opportunities they wouldn’t have ordinarily have access to. My first internship was on an independent film when I was 18. I was in my first year of film school and I was so electrified my the experience of being on set, I never went back to school and have been creating ever since.

Sasha> I love doing video calls with agencies. I don’t know why we didn’t start that earlier.

I feel like I can express my ideas better when they can see my face and hands. In terms of some of the key directorial pieces being remote, like callbacks, I prefer being in person. Though sometimes for schedule and cost, knowing how to effectively work remotely can offer more opportunity. So this is positive.

Your work is now presented in so many different formats - to what extent do you keep each in mind while you're working?

Sasha> Aspect ratio is such a driver of how the image feels. I think it’s important to know what format is the priority and work from there. When one piece of material needs to account for many different formats, you can do your best but something needs to be the priority or else there is not a clear focus. These are good and fun problems to solve. I love thinking about how the format changes the tone of the content.

Sasha> A few years ago I wrote and directed an interactive film called Welcome To Grandville. It played at several new technology exhibits around the country. The film has three simultaneous threads that the viewer can toggle between. This story is set in a mysterious small town and the central characters are three generations of women who are reeling from the recent death of their patriarch, a music icon, who is loosely based on Jeff Buckley.

Creating multidimensional story, populating a small town, character by character, totally lit me up. I love it. And I would love to do more of it. My brain just works in that way and my love of story was extremely fulfilled by this project.

Which pieces of work do you feel really show off what you do best – and why?

Las Vegas, Now and Then