Having worked with brands including Heinz, Quorn and Kikkoman, Chuck Studios director Richard shares his love of working with food and pushing boundaries with stories 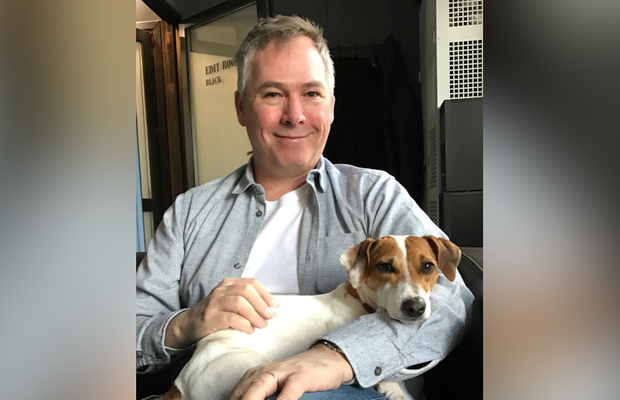 Richard Jung is a renowned food director and photographer.

Originally from New York, Richard spent much of his youth at his parents’ busy restaurant, where the sights, sounds and tastes ignited his passion for food  and would influence his career choice.

He opened his first photographic studio shortly after art school in San Francisco and unsurprisingly gravitated towards a speciality in the food  genre. His work led him back to his native New York and London, where he  finally settled and was introduced to a film camera. It was love at first sight, and he naturally progressed to the world of the moving image, where he was  soon directing commercials.

Richard’s work encompasses food in all its forms - from the beauty of abstract close-ups to capturing the energy and life of the kitchen and even to the wider landscape of where our food comes from and the people that grow it, cook it and eat it.

Richard> It’s all about the creative idea. I love the challenge of bringing words on a page to life. It’s not about what the subject matter is but rather all about how to tell the story. The braver, the better!

Richard> I first read the script and then literally consume it. Wait,… actually, not literally, I doubt it would taste very good. I figuratively consume it! I imagine myself as an overworked agency creative, stabbing at their laptop keyboards fuelled on Nacho cheese Bugles and Lucozade. What is going on in their squidgy little brains? I delve deep into the core of the idea and wallow in the creative miasma until the images start to come. First a trickle and then an almighty flood! I collect them and put them into a Pages document. Sometimes Keynote but mostly Pages.

If the script is for a brand that you're not familiar with/ don’t have a big affinity with or a market you're new to, how important is it for you to do research and understand that strategic and contextual side of the ad? If it’s important to you, how do you do it?

Richard> Make it important! No, seriously, as a director, if you accept a project, you should give it everything you have. If you don’t feel you can do that, then pass. Look for the aspects of the project that stoke the creative fire within your belly. Embrace the challenge of making something mundane into something extraordinary.

Richard> It is the beautiful marriage of the creatives and the director. It is only through sleeping in the same bed together for many weeks that we come to understand each other and only then can the process truly begin. Once our telepathic synapses have finally fused we can then assemble a crack team of mercenaries to carry out our bidding.

Richard> I love creative ideas that really challenge and push the boundaries. It’s not the subject matter, it’s the idea and the challenge of figuring out how to best tell the story.

Richard> With a surname like Jung, many people think I am of Oriental decent but it’s actually German. It’s pronounced yoong. Kind of like someone with a Manchester accent saying young. Kind of… Also people have this weird idea in their heads that I will only accept projects with budgets of £10 million and up. It’s crazy! The truth is more around the £5 million mark.

Have you ever worked with a cost consultant and if so how have your experiences been?

Richard> Alas, yes, I have had the experience of working with cost consultants. (Heavy sigh…)

Richard> We had a gas cloud drift over a location house we were working in one time. We thought there was a leak in the house but it was actually a huge cloud of gas that escaped from somewhere. A nearby gas holding facility I suspect. Also, there was a  time we had a chimpanzee for an underwear commercial and the monkey was supposed to kiss the guy holding it. The actor had to hold a bunch of raisins in his mouth and the chimp would take the raisins with his chimpy lips. It worked!

Richard> You have to pick your battles. There are things you can let slide and others that are worth fighting for. It’s more about how you approach it. It should be clear that you are trying to make any project the very best it can possibly be. Sometimes it takes convincing. Most people I have worked with are very smart people and if you have a compelling reason for something, most of the time they are open to it.

What are your thoughts on opening up the production world to a more diverse pool of talent? Are you open to mentoring and apprenticeships on set?

Richard> More diverse the better. It can only be good for the industry. I draw the line at AI Robots. That really scares me.

Richard> It has made it much harder and it’s just distracting. So much time and energy now goes into Covid measures that would be better utilised in more productive areas. Luckily we had the technology to allow us all to work from home but it doesn’t replace getting together with people and I really miss after work beers with work friends. One good thing - the masks cover up the Nacho Cheese Bugle breath on the creatives.

Your work is now presented in so many different formats - to what extent do you keep each in mind while you're working?

Richard> It’s tricky to have one way of working that covers all the platforms unfortunately. I find, and recommend, that you prioritise one format and then keep the others in mind as you are creating imagery. There is always a compromise though. The thought of simply cropping out huge swathes of my beautiful images makes my eyes bleed and my heart cry. Can you imaging asking a famous painter to crop his/her painting!? It’s just weird but it is also the modern world and we adapt.

Richard> I embrace it all. I love science and technology. I’m fascinated by the Mars rovers and space exploration and actually really love computers down here on Earth but I’m not a tech geek. It’s all just tools that need a creative mind to use them in imaginative ways. Creativity is the one thing that sets us humans apart. The AI robots haven’t quite mastered creativity, yet.

Olaf Van Gerwen Invites You to Ask Him Anything?

Take Your Tastebuds to New Heights with Tempting Orangina Spot