Director at AOI Pro. on the challenges of shooting on the streets of Tokyo and throwing stuff at a wall to see what sticks 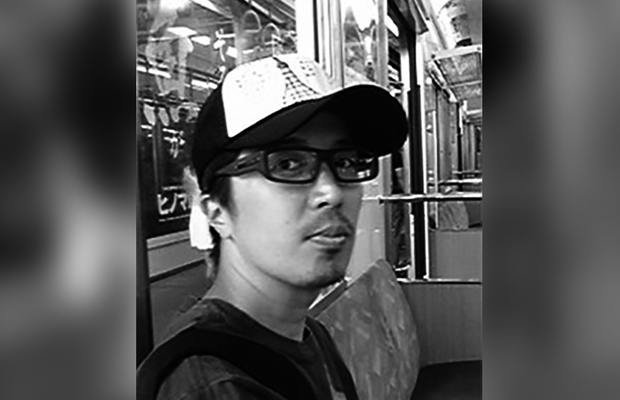 Hisashi Eto was born in Kanagawa Prefecture in 1970. He studied filmmaking at New York University, which later greatly influenced his creative style. After returning to Japan, he started working as a TVC director.

Gifted with prominent storytelling and aesthetic visual expression, Eto was one of the very first directors in Japan’s advertising industry to create films with a global perspective. He constantly studied the works of international filmmakers, and brought a new perspective to the Japanese film industry, to actively invite DOPs, colourists and editors to Japan, when most of the works were made by all Japanese crew.

Hisashi> I get excited when I know that I can create a world as nobody foresaw it in the script.

Hisashi> Lots of moaning and crying. Throwing stuff at the wall.

Hisashi> It’s important. But it is also a bad idea to overdo it. You have to be responsibly irresponsible sometimes, so that you can expand into an area that nobody thought of before. But, if I really need info, I simply ask them lots of questions.

Hisashi> I think it has to be with the producers. Japan is unique in a way that you work with different producers on every job. It is vital to have a healthy working relationship with them to create something sound.

Hisashi> I get drawn to more of narrative pieces. I get excited for a chance to work with actors or actresses.

Hisashi> I appreciate any sort of work that I am able to create. There is no wrong for me.

But, honestly, I don’t even know who or what I am about all the time anyway. I shouldn’t expect anybody else to know me.

Hisashi> It is so hard to shoot in the streets of Tokyo sometimes. Once, the police tried to stop our production when a passerby filed a complaint or something. It resolved without any issues because we had the permit and everything. But, it kept happening throughout the day. It was rough. So, the whole crew just decided to pretend like they were shoppers to confuse the police. It worked.

Hisashi> I always try to have a talk with them. I sometimes even ask for the client to stand right next to me when I shoot. Communication is the key. Nobody tries to create a bad ad. They just have different points of view.

Hisashi> Definitely. It is just a bit hard right now to bring in too many people on set because of the Covid though.

Hisashi> We get to eliminate all those little meetings we used to have. That was a good thing that came out of all this mess. I started doing colour grading with talented colourists from all over the world at home now. This should be the way to do it from now on.

Hisashi> That is definitely a challenge. But I really don’t think about it while I work on my films. I look at the monitor on set and I give 100% attention to that.  Whatever happens in post, I just deal with it.

LBB> What’s your relationship with new technology and, if at all, how do you incorporate future-facing tech into your work (e.g. virtual production, interactive storytelling, AI/data-driven visuals etc)?

Hisashi> I don’t really have a relationship with them. I just take on the script and treat it in the best way possible. If that requires me to use cutting edge stuff, I explore it. My mind is always looking for the best possible method for the film we are about to make. Technology usually helps me quite a lot.

Suntory Iyemon_Innovation in the 227th years.

I think the Suntory one really encapsulates what I really love about filmmaking.  For me, the film is about capturing the passing moment. That was all I was thinking about while doing it. Capturing.

AOI Pro. Captures Energy and Ingenuity for Behind the Scenes Look at 'Land of Light Bulbs'