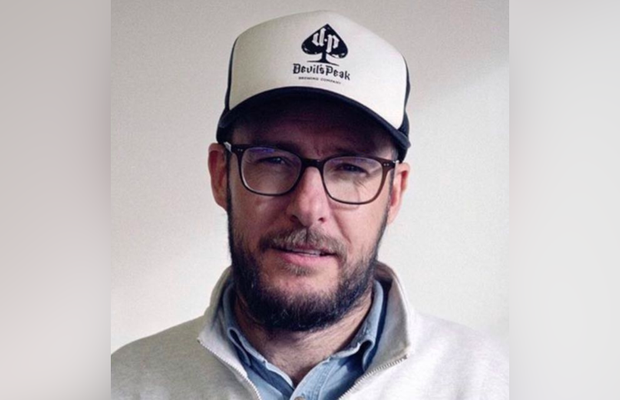 Gregg Bailey began his multi-faceted career when he studied Art in London before coming back to South Africa to further study at Red and Yellow.  He worked at Hunt Lascaris in CT, before heading to New York and studied Film for a year. He assisted Greg Grey for 7,5 years and started directing at Velocity Films.

Gregg has been directing for seven years and has worked with clients such as FNB, Business Day, Adidas, Direct Axis, Checkers, Guiness, Glenliviet.

Having a strong documentary, performance-based + story-telling reel already, he is looking to expand his reel into the world of fashion, visual and comedy performance.

Better known for his considered approach to storytelling, Gregg is the master of patience, leaving people watching his TV commercials long after their 3 month screening period.

“I’m a creator with a unique viewpoint of the world today. My likes and wants lead me down rabbit holes that often shape my world view and tastes. I’m always tearing up the internet is search of new discoveries than can help me structure my storytelling visions.”

Gregg> Idea. Great ideas - I always get excited if there’s a solid idea that wraps up beautifully at the end, that feels new and fresh. Idea’s are King.

Gregg> Take the brief. Get my thinking straight. Get some researchers involved. Go through all the research. Tweak my thinking a bit. Start writing the treatment and do the layout.

Gregg> You always have to do research on every job. Sometimes the solution comes quickly but most times you have to work for it! The more you know and understand the better the solution and treatment will be.

Gregg> Editor, hands down. The editor is a storyteller in his own right and can take your footage to another level. I work with the editor even on my treatments, the storyboard phase, idea generation and definitely before we shoot anything. It’s the most important relationship.

Gregg> Performance stuff that has a great idea, I love a strong reveal at the end that the audience didn’t really see or think about.

Gregg> I don’t know… I don’t really talk about my work.

LBB> Have you ever worked with a cost consultant and if so how have your experiences been?

Gregg> Yes and it’s not really something I ever thought about. Not my place to get involved.

Gregg> No budget! - it always amazes me how willing crew are if the project is for a good cause or has a great idea. People somehow always make a plan. So many great people out there!

Gregg> Protecting the idea is always a fight - sometime you win, sometimes you lose. Different people have other objectives and that’s how it goes. Really great work is proof that you can sometimes get everyone onto the same page and allow ideas to blossom.

Gregg> The more diverse the better, it’s the only way to find talent. I did eight years of apprenticeship. So I’m a big believer in that particular route. Find the best director you can that’s looking for an assistant. Kick the door down, do whatever it takes. There are so many routes these days, I guess you just got to find the route that works best for you.

Gregg> We are all more connected now - so having a quick zoom/teams meeting isn't a big deal. Which has changed the way we do casting/wardrobe calls and PPMs - I really don’t miss the stress of preparing to host meetings, printing out endless copies of treatments, flying up to JHB, catering for agency and clients. Generally making a big fuss, loosing a day of prep and slowing the whole production down. We move quicker now and prep time is super important, so that’s great.

Gregg> Jeez, that’s a complicated question. Does it matter?

LBB> What’s your relationship with new technology and, if at all, how do you incorporate future-facing tech into your work?

Gregg> I guess I’m a little old-school. AI/data-driven visuals… sounds complicated and something that’s going to slow down the actual shooting on set.

Scouts - Another performance piece with a beautifully simple idea.