Film from Creature encourages employers to ‘measure, report and close the gap’ 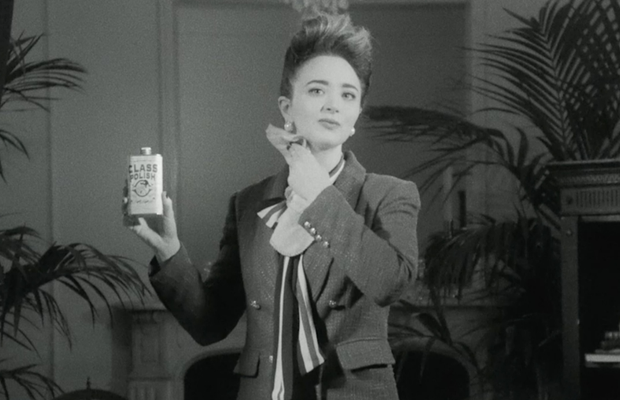 In an integrated campaign created by Creature London, the Department for Opportunities – the Social Mobility Foundation's advocacy and campaigning arm – is calling on employers and the UK government to measure, report and close the Class Pay Gap. The inaugural Class Pay Gap Day will be used to aid their ongoing ambition to tackle workplace classism.

Research highlights how it pays to be privileged, as October marks the month where those from working-class backgrounds stop earning as much as their middle-class colleagues. On average, this equates to £6,000 less a year – a difference of over 60 days’ pay.

Workplace classism often hides in euphemism – with employers describing middle-class employees as having more 'polish' than their working-class peers. This so-called “polish” justifying the Class Pay Gap in employers’ eyes, despite the employees doing the same job as one another.

In response to this, Creature have created an integrated campaign for fictional product “Class Polish” to highlight the very real - yet ridiculous – idea that accent has any correlation with ability. It launches with an evocative film starring comedian Fern Brady, supported with impactful OOH and print inspired by the packaging design (also created in-house at Creature). Class Polish is being sent to influential figures in government, business and media to campaign for action. The film will be supported by Cinema, TV and social throughout November.

The film was based on extensive research including the Government’s own analysis of around 300,000 Civil Servants. This analysis highlighted how staff who were promoted were likely to have been privileged; have the right accent or "received pronunciation", an emotionally detached and understated manner, and an "intellectual approach" to culture and politics.

Speaking on the creation of the Clash Polish campaign, Dan Cullen-Shute, CEO at Creature says: “At Creature, we want to leave the industry better than we found it, and we firmly believe that tackling social mobility is at the heart of that. So, it’s been a genuine honour to work with the Department for Opportunities on this project. The Class Pay Gap is real, and it’s incredibly damaging, and it needs to be closed. We’re proud to be part of a campaign to help do just that.”

Adi Hussain, junior creative at Creature explains: “Classism in the workplace is such a complicated problem, and we needed a simple creative solution: something that wrapped everything up in a way that made immediate sense. That’s where ‘class polish’ came in. Inspired in part by the BBC documentary, How to Break into the Elite, we took the fact that employers often claim people from working class backgrounds ‘lack polish’ and ran with it.”

John Osborne, associate creative director at Creature continues: "To grab attention for this very real problem, we created a fictional product. One that leans into how absurd and outdated classism is. And we worked with a truly brilliant bunch of people to help us bring it to life and launch it across telly, cinema, posters and social."

Sarah Atkinson, CEO of the Department for Opportunities and Social Mobility Foundation said: “The Class Pay Gap is something most people won’t know realise exists – but it does, and we should be outraged. In 2021 what your parents did and where you grew up should not determine your opportunities. Employers should value performance over polish.

We hope the launch of our #ClassPolish campaign will help buffer out workplace classism by getting employers to measure, report and close their class pay gap.

Many people will have experienced classism in the workplace, and we encourage you to sign our petition to government and share your stories. You can also submit them via www.classpolish.com.”

Warren Johnson, founder at W Communications said: “W Communications are delighted to support the Social Mobility Foundation and the important work they do to help shift the dial on social mobility with their Department for Opportunities.”

“Through our social enterprise, WX, we are striving to drive change by opening up the PR industry to those from all class backgrounds, ensuring your background does not determine your future. It’s been a hugely exciting campaign to work on and we look forward to seeing more employers take action as a result.”

To address the issue of the Class Pay Gap, the DO is encouraging the nation to sign its petition calling on the government to set an example by measuring, reporting and closing the Class Pay Gap. You can sign the petition at classpolish.com.