Experts from across the industry break down their craft, and explain the opportunities it holds during the current crisis and beyond 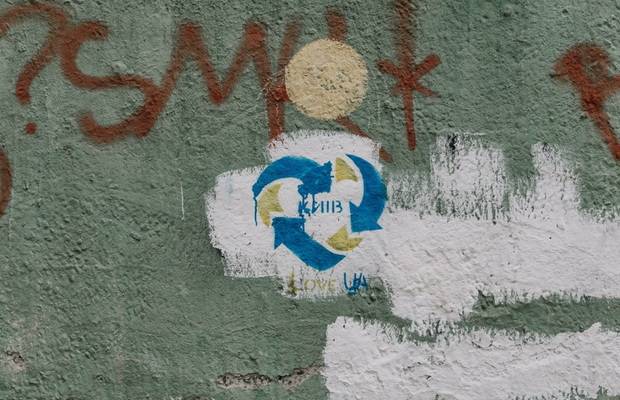 At a time when live shooting has become impossible, the industry’s great problem solvers are exploring new ways to produce content. Unsurprisingly, the idea of repurposing old, or previously unused, footage and assets to communicate new messages is an attractive one for those looking to get content into the world without stretching the budget.

However, is the practice as easy as that? And what should we be aware of when embarking on a repurposing project?

A Way Through The Crisis?

“We’re rolling up our sleeves and exercising different muscles in this current crisis” says Brian Carbin, “reinvigorating campaigns from a year or so ago. There’s something reassuring about seeing tried and tested messages and brands during this horrible pandemic”.

Despite the opportunities, however, it’s important not to see repurposing as simply a silver bullet. As with any campaign, there will be a creative process to adhere to in order to get the best results. Fredrika Frenkiel notes that “the key is for brands to rethink their communication needs and for us as agencies to find our own inner creatives and see solutions whichever way we can - repurposing may well prove to be the best tool for that”.

For Sergio Lopez, it’s clear that repurposing can be a timely creative endeavour for brands. “There’s no doubt it provides an opportunity to create quick and timely responses to any developments in current affairs. These responses are perhaps done best through reminding people of what the brand has stood for over the years, and their commitment to be a partner to their consumer. However, most importantly these communications need to be authentic. You can’t fake that”.

A good example of this would be McCann’s most recent campaign for IKEA Spain, which, Sergio explains, “was put together using existing campaigns, but still feels fresh and relevant”.

“For creatives, there’s an interesting challenge presented by repurposing”, adds Claus Hansen. “It’s like trying to jigsaw-puzzle them into a new piece. You can create something you never would have thought possible just from the ingredients!”.

One of repurposing’s great strengths is the timescale in which projects can be turned around. Claus explains that “if we take old spots and make a new edit which has no new notes aside from graphics and mix, that can be done in as little as a day in post. If we are making some comp changes, that would be more or less the same as a regular job, and maybe even less because the rest of the spot’s clean-up has already been done”. Similarly, Sergio observes that “for brands with whom we work closely, a project can be turned around in 48-72 hours”.

However, Adrian Mackenzie stresses a note of warning. “Effective execution doesn’t take long at all, but great creative does”. This is a time in which brands’ messaging will need to be sensitive and fine-tuned, and there’s no substitute for creativity.

Added to that, repurposing projects often turn into detail-intensive work that can’t be rushed. Dave Kiddie points out that “on jobs that we have finished and we hold all the media and setups for, it may be just changing titles and legals which could be turned around in a matter of hours. However these projects can also be much more involved, such as building new CG packs if the product shape and labels have changed, which would then need to be tracked and composited throughout the spot. For example, this tends to crop up a lot with shampoo or other beauty products”.

Anything Can Be Used

When it comes to choosing which content is best to repurpose, it’s surprising how few limits there are on what’s possible. Dave recalls, “I’ve worked on some media that was broadcast in the 1950s and only available from a lo-res file found on YouTube. But it worked perfectly as it was part of a montage to show how a certain product had helped families through the decades using previous campaigns”.

Similarly, Adrian explains that “nothing is too old as long as it fits into the creative realm that the client is trying to reassert. It’s true that the speed of technological advancement means that assets can look more dated than they actually are, but there’s a lot that can be done today to help give them a more modern look and feel”.

Claus agrees: “Even out-of-date product models can be fixed in post! There are so many creative ways to use old footage, it just requires a bit of thinking outside the box”.

The greatest challenge when it comes to repurposing content appears to be usage rights. “You’ve got the rights, right?”, as Fredrika puts it. Adrian cautions that “whilst repurposing creative work is a great thing for brands to be doing today, there will often be cost implications regarding usage rights, which can end up stretching the budget”.

Overall, however, there are no insurmountable restrictions on which content can be used for repurposing campaigns. As Fredrika says, “It’s a matter of talent, creativity and just a little bit of chutzpah”.

Something that many brands and marketers are discovering at the moment is the value in having a deep archive to draw content from. “Most of our challenges”, says Sergio, “come from brands that have not invested in building libraries of assets, or who have worked with agencies that didn’t have professionalised production departments. It’s unfortunate that their master assets are under lockdown or rights for talent cannot be renewed because old contracts can’t be found”.

Fredrika adds that “it doesn’t need to cost more [to create a library], and you’ll thank yourselves for it in the future. So many brands have a hard time finding their material because they didn’t keep track of it!”.

“When this is all over”, confirms Sergio, “my best advice would be to look into building yourself a library so that your work is ready next time”.

Both the ways of creating campaigns from repurposed materials and their applications are incredibly varied. “I’d say the only cast-iron thing you’re always trying to do on a repurposing job is making sure the message is still relevant to today's markets,” says Dave. “So that means if it was a VFX-heavy film that the quality stands up to what we are used to now, and that the assets available make it possible to update the film in the first place”.

“If you are repurposing”, says Adrian, “get away from thinking about repurposing work for a single channel. Think in terms of multiple platforms and formats. It is important that we understand the value that each channel can add to the brand”.

Alternatively, there are occasions on which repurposing can allow brands to stick to what they know works. “When these brands reach into their archive to revive music and images their consumers are familiar and comfortable with, it gives us all a nostalgic moment’s pause, anchoring us all in better times. It feels good to be a part of.”

There’s no doubt that repurposing represents an enormous opportunity to find new ways of communicating throughout a difficult period for the industry, and perhaps even beyond. It could be that opening up conversations about repurposing can lead to new ideas that never would have come about otherwise. “Most of all” Adrian says, “it is vital that we look to work faster, smarter and, most importantly, more collaboratively during this very difficult time”.