The Art and Evolution of Anime

To celebrate Trash Studio joining Nexus Studios’ creative talent house Maison Hanko, LBB’s Natasha Patel catches up with the founders as they share their thoughts on the animated art and how it has impacted Japanese culture

Last month Nexus Studios’ creative talent house – that specialises in contemporary Japanese animation and design - Maison Hanko announced that Tokyo based boutique animation studio Trash Studio had joined them. This collaboration was the coming together of two big powerhouses in the anime field who have worked on some of the biggest Studio Ghibli films of all time.
Founded by producer Yoichiro Kugimiya and director Yoshiharu Sato in 2004, Trash Studio have been behind anime campaigns for the likes of Kao Corporations and Green Coop supermarkets. With this new offering and expertise of Maison Hanko and Nexus Studios the future is looking bright for them. Nexus Studios’ co-founder and ECD, Chris O’Reilly ‘handpicked’ Trash to come on board as a homage to his love and passion for anime.
To hear more about the art of anime, the impact its had on Japanese culture and the new addition to Maison Hanko LBB’s Natasha Patel caught up with Yoichiro and Chris to find out more.

LBB> Firstly, tell us more about Maison Hanko’s offering and why you signed Japan-based Trash Studio to it?

Chris> Maison Hanko exists to make it easier to access the world of Japanese animation for international projects. We are working with high level Japanese animation and design talent across branded content and entertainment in development, production and co-production.
Trash Studio is home to incredible artists with access to animation talent behind some of the best loved anime features of all time.  That was the obvious draw to this collaboration.  But they are also boutique enough to understand the unique production processes of working in branded content. It’s tough for feature studios to make shorter form content because they are committed to large scale productions long in advance. Trash has been specifically set up to be able to take on commercial or branded content. 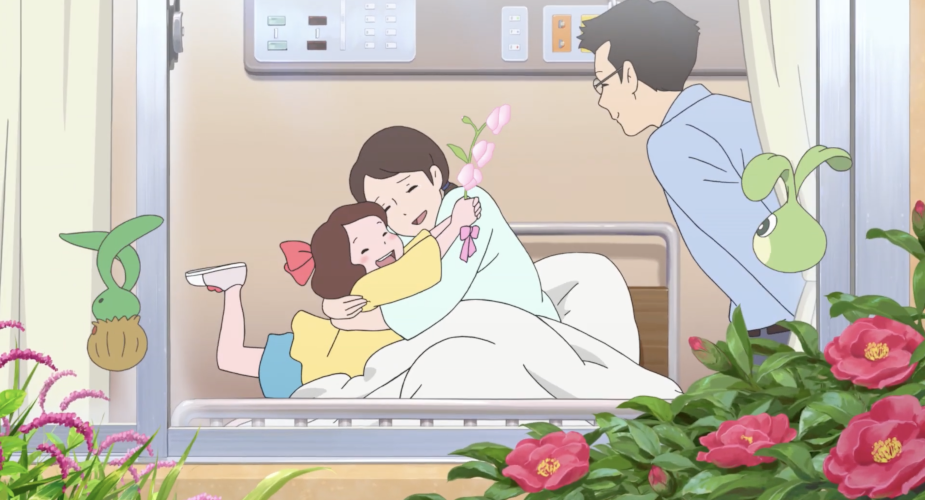 LBB> With that in mind, where did your own fascination with the art of anime begin?

Chris> I lived in Japan in the early ‘90s and it was then that I first encountered anime, manga and the incredible world of Japanese design and illustration.  Much of this work wasn’t at all well known in the West back then and it was hugely influential in making me appraise what animation could be - what stories it could tell and who they were for. On returning to the UK, I started Nexus Studios with Charlotte Bavasso and we programmed Japanese films at festivals in London and even brought anime to the BBC. We collaborated on a branded project with BBH and the director of ‘Ghost in the Shell’, Oshii Mamoru, and many other projects working with Japanese animators.
The spirit of Japanese animation was really part of the founding DNA of our studio even though our European and US studios grew with talent based more locally.  So, we set up Maison Hanko to be dedicated to these unique productions and co-productions.  Anime is now more popular than ever and reaching new audiences globally and still changing perceptions of animation.

LBB> How does Maison Hanko work to fit the demand of the anime market?

Chris> We realised that this authentic anime offering wasn’t available anywhere else, and it needed a distinct home aside from Nexus Studios. But we also realised too that it would be helpful for Maison Hanko to have the support and backing of our global studios in London, LA and Sydney. It means that we can support these productions more deeply and add more nuance to the pipeline, depending on the project. It could be, with Trash Studio using their full animation resources in Japan, or perhaps working with a designer or artist in Japan on another project and the Nexus team assisting in hands-on production.

LBB> Yoichiro, as one of the founders of Trash Studio, tell us more about how you got into the industry.

Yoichiro> I was an assistant to a manga author in my 20s. Later I gained experience as a system engineer and joined Taito as a game developer and promoter, where I stayed for ten years. I established Trash Studio in my 40s. It specialises in promoting brands with animation films and have been producing commercials and promotional films as well as managing the studio. The majority of animators work freelance, therefore I have had opportunities to collaborate with many of the top animators who were involved in the feature films of Studio Ghibli.
Yoshiharu Sato, the animation director of ‘My Neighbour Totoro’, is my long-term collaborator since my time at Taito and we have worked on numerous projects together. Alongside running Trash Studio, I work closely with Studio Ghibli to support their operations. I get a tremendous amount of inspiration from the talent there, including the likes of renowned producer Toshio Suzuki.

LBB> How much of an impact does anime have on Japanese pop and local culture?

Yoichiro> Anime is all around us in Japan. Most Japanese people can name a few favourite anime pieces from their childhood. Japanese people love anime, it always sits on top of the cinema charts eg. ‘Demon Slayer’ and ‘Spirited Away’. The emergence of crafted anime backed by the animators’ high-level perception has accelerated its popularity.
Fifty years ago, manga and anime were considered children's entertainment. Adults were mocked if they were reading manga comics on a train. However, in the ‘70s many anime pieces that could entertain a wider adult audience were released one after another. In 1979, an anime-specific magazine called Animage was first published, introducing new anime works and featuring creators. The media made the show’s music extremely popular and made stars of the voiceover artists. In 1980 anime popularity expanded into the mainstream, which continues to date.
Animage featured Hayao Miyazaki, who was then still largely undiscovered, this was followed by the establishment of Studio Ghibli with Tokuma Shoten, the magazine's publisher. These events are regarded as a historical turning point in the timeline of Japanese anime and key to the current anime boom. Hence, the combination of the media's backing and the animation pieces themselves had a significant and lasting impact on Japanese pop culture.

LBB> Anime films often have a 'dreamlike' quality to them...is there ever a temptation to deviate from the expected route of a 'nice' ending and move to something darker?

Chris> Anime is not a genre or single type of film. It’s such a hugely diverse medium with a full spectrum of tones, genre and forms. It’s as varied as live-action so the darker work is definitely already there.
Yoichiro> As I am working in branded film production at the moment, my motto is to consider our mission with a notion of "what we should make rather than what we want to make". So, our animation making doesn't resonate with this temptation as we examine the theme of the campaign and how we can help the client achieve their mission, with the knowledge that our animation can contribute to the society that we live in. But, of course, if the advert requires a dark ending, we would suggest this to the client and draw animation accordingly. 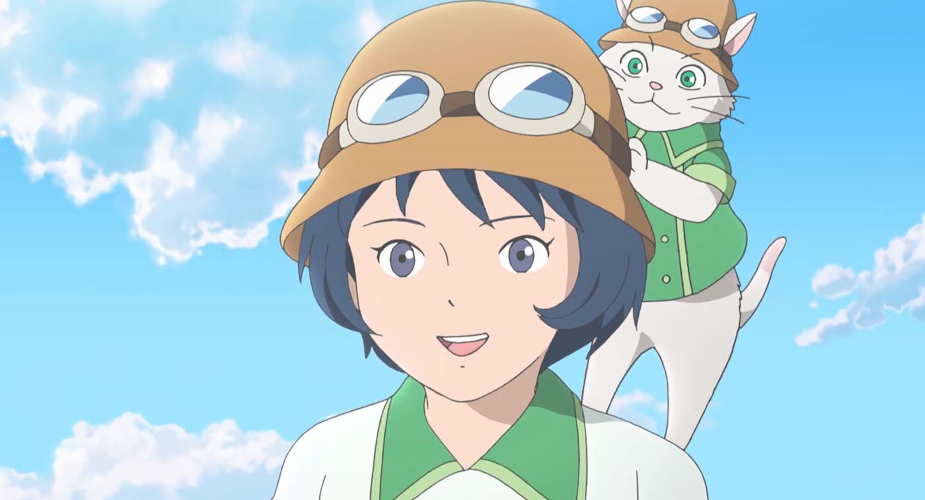 LBB> How has anime evolved and what do you think the future of it will be?

Yoichiro> It's a difficult question, so I will try to deconstruct it theoretically. Animation was born using the sensory illusion of our eyes. When we see continual sequences, the retina of our eyes still sees the residual image of the previous visual, combined with the shutter effect in between the pictures, making our mediocre performing eyes think as if the image is in motion. With this principle, animation such as Zoetrope and Praxinoscope were invented utilising the structure of sight. This is how animation evolved as invention and technology developed.
Anime is drawings in motion. People were astonished to see the picture moving at first. Soon this was followed by sound effects and voiceovers, animation characters became like real human actors and were staged at the centre of the stories. Before long, anime characters gained three-dimensionality in the environment thanks to PC software, no longer limited to line drawings on paper. They can move freely and can rotate 360 degrees. Furthermore, anime characters will be able to be visualised in space using the technology of Holography. They will gain consciousness using AI and augment the ability to enjoy communicating with various people. These anime characters will first sit in a space transparently, but will soon be given form to shake hands and hug people.
That's right, at last, anime characters have been granted a real identity in our world. Bravo! In the future, you will be relaxing on your sofa with your favourite anime character while watching Fleischer Brothers’ Popeye, the animation film from the 20th century, and be thrilled and astonished by your eye’s illusion; “Oh wow drawings in motion! How cutting-edge is that?”

LBB> What are both of your favourite anime films to have worked on and why?

Chris> I have a lot of fond memories from the first project we did with Oshii Mamoru (Ghost in the Shell). It was our first commercial project and we travelled out to Japan to meet him and visit the studio which was at that time still making films non-digitally. They were pushing the possibilities of analogue animation filmmaking to the limits.
Yoichiro> I have many, but my favourite is Francoise, a series of anime branded films for a bread maker. We used a hybrid approach for the project.  The ‘bread’ sequences were shot in live-action and composited with 2D animation. Despite it being intended to be a locally aired commercial in Kyushu Island, where the brand is based, the film's reputation spread nationwide. The production continued over a long period of 10 years, from 2007 to 2017, to produce 24 original episodes. Initially, we didn't plan for a series but we ended up creatively developing the whole story with much broader and detailed concepts, elevating the setting in France as well as the characters and their background stories as much as possible. Finally, we made a five inute anime film by joining and editing them all together. The film became popular and we have received many responses saying it was almost like watching a feature film as they felt the sense of the intense drama of protagonist apprentice baker, Cassis.