AREA 23, an IPG Health company, addresses rising gun violence with 'My Last Will' 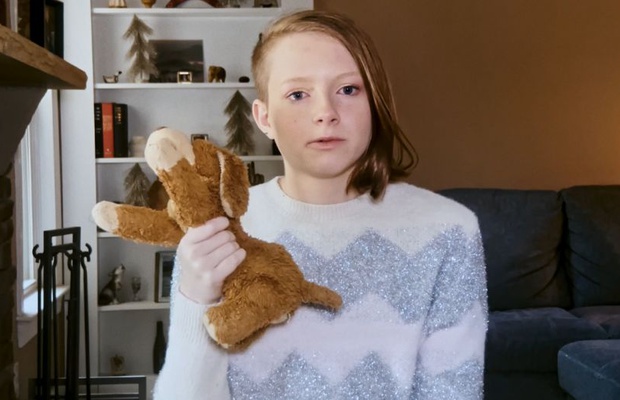 Gun violence in the U.S. has continued to surge with this year on pace to be the most violent year for the U.S. in two decades. Today, in response to the continued and increasing gun violence nationwide, Change The Ref and Team ENOUGH have partnered with AREA 23, an IPG Health company, to find creative ways to address this urgent national epidemic and have unveiled 'My Last Will'. This national campaign features the testament of people who shouldn't have to write one yet — teens and youth who are demanding in their last will that the U.S. Senate act without delay to stop gun violence in America. The campaign underscores the threat of gun violence to all Americans and the need to take decisive action to stop this public health crisis that kills over 100 people every day and 115,551 people annually.

In the coming days and months, Change The Ref and Team ENOUGH will continue to solicit these youth testimonies, which will be shared publicly and transmitted to each individual’s appropriate member of Congress, urging them to take action.

Manuel Oliver, co-founder of Change the Ref and father of Parkland victim Joaquín “Guac” Oliver, stated: "Since February 14th, 2018, I've been trying to expose the role of gun violence in our nation. I've traveled around the country trying to get people to understand that they don't need to suffer firsthand what my family has gone through after losing our beautiful son Joaquin. Today, I believe that our only hope is to make a final call based on the young people’s right to a safe future. Unfortunately, I’ve reached a point where my best option is to become more radical and graphic with our disruptive message. It's time for American parents to listen to their kids before their voices vanish.”

Patricia Oliver, co-founder of Change the Ref and mother of Parkland victim Joaquín “Guac” Oliver, stated: “Since I lost my dearest son Joaquin on February 14th, 2018 in Parkland, my purpose in life is to advocate for gun regulation. The emptiness and incapacity to feel Joaquin’s physical presence inspire me to fight against social issues in the United States due to gun violence. I wish to see that significant changes are made to make our nation one where no one has to live in fear, thinking that they can lose their loved ones through this epidemic.”

Aalayah Eastmond, survivor of the 2018 mass shooting at Marjory Stoneman Douglas High School in Parkland, Florida, and Team ENOUGH executive council member, shared: “I experienced a mass shooting before I was 18, but the Parkland shooting was not my family’s first experience with gun violence. My uncle Patrick was killed in Brooklyn when he was only 18. My cousin was shot just last week. Gun violence is a reality for all of us in America, and as a Black woman in this country, since birth I was more likely to experience gun violence. In America, Black people are nearly 10 times more likely to die from gun homicide than white people, while gun violence is the leading cause of death for Black youth. In total, 73 percent of gun homicide victims are Black or Hispanic. Gun violence is an epidemic. It is a racial justice issue. And, we need action to stop it now.”

Tim Hawkey, chief creative officer of AREA 23, commented: “We’ve been working with Manuel and Patricia since May 2018, less than 3 months after they lost their son, Joaquin. Their commitment to change gun laws, and their energy to keep fighting for it day after day, have always been a source of great inspiration for me personally and for our entire team. We hope that My Last Will can amplify the voice of young people across the country, making it impossible for senators to ignore their testaments demanding stronger gun laws.”

To watch the videos and read the testimonies, please visit mylastwill.us.