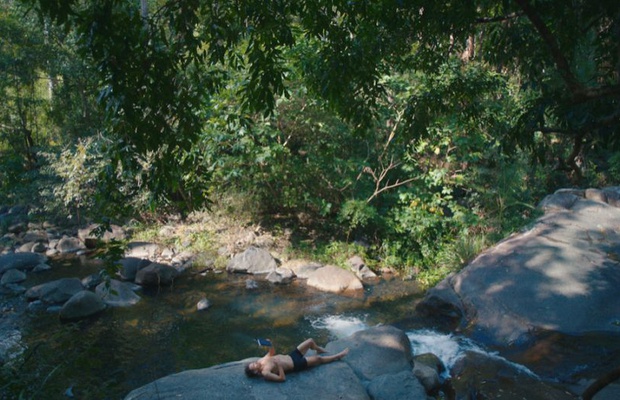 PRETTYBIRD filmmaker Jess Kohl has directed an anthem film for Swiss running apparel brand On. Featuring three athletes; Chloe Abbott in Kentucky; Stephen Adjaidoo in London; and Josh Amberger in Brisbane, the film spans three countries and was shot in person in London and remotely in Australia and the USA. Director Jess Kohl and production company PRETTYBIRD worked closely with On team on the casting and creative conception of the campaign.

The On apparel anthem film focusses on the power of pause, with the mindset that even when we take a break we’re recovering, refuelling, rebuilding.  "We slow down so we can react faster. When we commit to rest, we commit to performance," says the voiceover of US athlete Chloe Abbott.

The creative concept of the campaign was to visually communicate the ‘pause’ element of the athletes’ process. So often sports campaigns focus on pushing oneself to the limits, so the directorial impulse behind this campaign aims to turn this narrative on its head, and instead focus on the moments in between the workouts. Director Jess Kohl explains: “We wanted the campaigns direction to reflect this - from the pace of the edit, to the cameras movement, to the sparse soundtrack.”

The power of pause: On’s Essentials help fuel up on new energy: Training plans, strength exercises and warm-up competitions are firmly ‘in’ right now. And all eyes are on this autumn’s coming running events. But what about the breaks: the days off, and the times before and after training? Swiss running brand On wants you to focus on these and hit “PAUSE”.

Jess Kohl commented: “We shot Chloe and Josh remotely, putting together talented teams across the different locations that allowed us to achieve our vision. DP’s Andrew Commis in Australia, Allison Anderson in Kentucky, and Joel Honeywell in the UK bought their unique skills to the campaign, and by sharing consistent references and keeping continuity in conversations about the visual language of the campaign, we were able to create a unified and elevated approach.”

Performance always takes centre stage within On’s apparel line. Lightness, comfort and distraction-free are key attributes of each single item. With its high- quality manufacture and its minimalist design, On’s apparel range apparel range is a trusted companion for running, day-to-day activities and home “officing” too.

On’s Essentials have become a reference for conscious and sustainable consumption – before, during and after sporting endeavors. Training, after all, never really stops: because while the body is at rest, its cells and muscles are still working hard. In fact, it’s in the recovery that the human body makes genuine wonders happen.

It can only do so, though, if its person feels completely at ease. On wanted to ensure that and has designed a new series of favorite apparel item, giving each of them its own special something.