Samsung, Wieden+Kennedy and Somesuch collaborated with content creators to showcase the awesomeness of the Galaxy A phone in a new global campaign 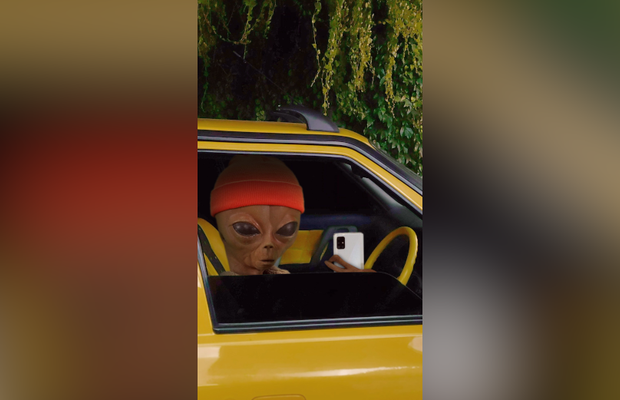 We all learned last year that the Galaxy A phone has an awesome screen, an awesome camera, and long-lasting battery life. This year, Samsung wanted to go one step further and give everyone a first-hand experience of how these awesome features actually work.

Samsung worked with Wieden+Kennedy Amsterdam again to create a campaign that virtually test-drives the Galaxy A. ‘AWESOME is for Everyone’ features a series of films making viewers feel as if their own handset has been taken over and they witness a fast-paced trip through the phone, fuelled by footage from content creators all around the world.

The hero film is a rollercoaster ride through different phone features and social media platforms that takes us from paparazzi aliens to surfing cats, from game characters playing baseball with meteorites to an ad within an ad. The spectacle is accompanied by a thumping electro banger that makes you chant along to the lyrics: “AWESOME SCREEN, AWESOME CAMERA, AWESOME BATTERY”.

Additionally to the hero film, there are seven 15-second feature films that highlight the phones main features (screen, camera, battery, toughness, storage, security, performance power) that further highlight why this phone is so awesome.

To help position the phone as a go-to device for Gen-Z, the campaign was brought to life in collaboration with real content creators including Lil Mayo (an alien), Let It Happen (dance group), Big Heath (musician), Audrey Nuna (musician), John YuYi (visual artist), Pablo Rochat (media artist), Neko Chan (content creator) and Steven Pascua (dancer and creator). One of the main drivers of the campaign is music, and all tracks were created by different 'bedroom' producers all over the world.

"The Galaxy A is out of this world." comments Lil Mayo, alien.

Since the production took place right in the midst of the pandemic, Covid-19 restrictions meant that the footage was all shot remotely and on Galaxy A phones. It was important to have an even more planned and technical approach to the animations and investigate what was possible to create on the device itself, as this had to be incorporated with the footage captured during the remote shoot.

To fully experience the Galaxy A, we recommend to watch them on your phone.

Maersk Logistics Smooths Over the Chaos in Epic Spot from &Co.