Campaign from Publicis Conseil sees the supermarket donate 500,000 meals, and proving that 'the best ingredient of Christmas is solidarity' 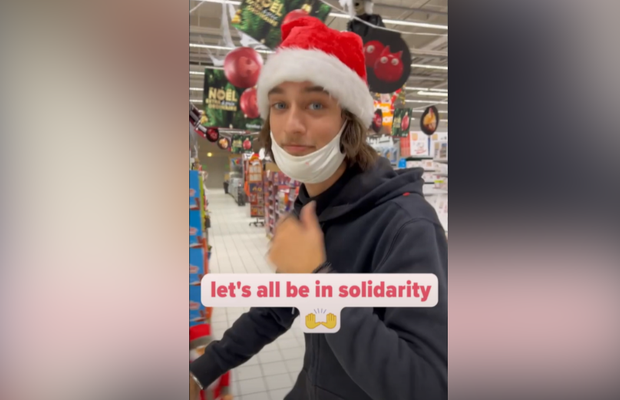 With the Christmas holidays approaching, Carrefour has decided to put solidarity at the heart of its new campaign.

The campaign highlights the testimonies of all who are mobilised every day, from our customers to our  employees, for the most vulnerable.

Therefore this year, 500 000 meals will be donated to associations, proving that 'the best ingredient of Christmas is solidarity'.

"This film is an ode to the everyday heroes, to those who work in the shadows to do good around them. The health crisis has amplified our responsibility in the fight against food insecurity, and it has also highlighted the importance of the social contact some people need even more during the Christmas holidays. "This year, Carrefour has reinforced its commitment by offering 500,000 meals to food associations, thus allowing everyone to have access to healthy food" explains Caroline Dassié, executive director of marketing, brand, data and customers for the Carrefour Group.

This campaign showcases the spirit of solidarity and commitment that drives the Carrefour team alongside 1,600 associations in the collection and donation of unsold food in stores, the ‘Boucles du Cœur’ operation in stores in favour of local associations fighting against food insecurity, support for the national collections of the Food Banks and the Restos du Coeur.

"Nothing is stronger than the voices and faces of those who act every day to help others. In this ode to solidarity, we sought to capture the poetry of reality and the everyday life," adds Marco Venturelli, president of Publicis Conseil overseeing creativity.

In addition to the 500,000 meals offered at the end of the year, Carrefour is multiplying its acts of generosity during this end of year period: