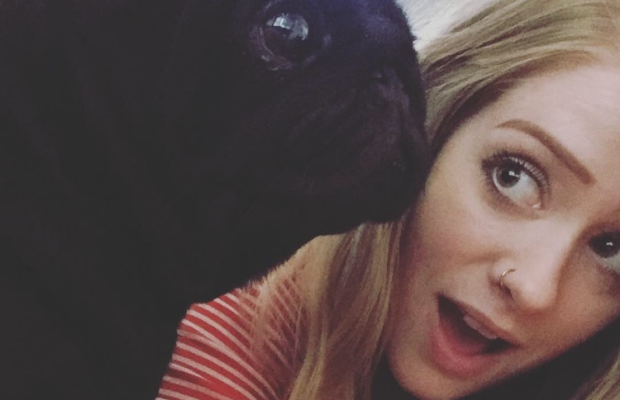 To kick start the new year, Stitch has announced that Flaura Atkinson and her delightful pug Dink have joined its team of editing talent.

Flaura is a supremely accomplished young editor whose work covers commercials, short films and music videos. Her talent combined with the confidence she has in her craft has led her to work with a selection of some of the industry’s most exciting directors, including, Ed Morris, Tiny Bullet, Malcolm Green, Joe Connor and Cloé Bailly.

Flaura’s commercial work has seen her work with brands such as Boots, Walkers. Royal Navy and Marshall and she has cut music videos for Amber Mark, La Roux and Jess Glynne - among others.

Tim Hardy, co-owner and editor at Stitch had this to say about the company’s new signing: “Flaura is an immensely creative editor with an innate ability for storytelling, we are extremely happy to have her on the Stitch roster and excited to start 2020 with such a perfect addition to the Stitch family.”

Flaura commented: “I really admire the work the editors at Stitch are doing, they're a hugely talented bunch and I feel very honoured to be welcomed in to work alongside them. One of the main reasons that I wanted to join is that there is a huge emphasis on the creative aspect of the work at Stitch and it's very important to me to be somewhere where that is encouraged. I'm very excited to be here and can't wait to see what experiences and opportunities this next year brings."

Joining Stitch following a stint at The Quarry, Flaura has an impressive portfolio of work and has also just finished her first feature film, 'How to Stop a Recurring Dream', an independent film written and directed by Ed Morris and produced by Polly du Plessis, due for release this Spring.

Flaura’s work can be viewed here.