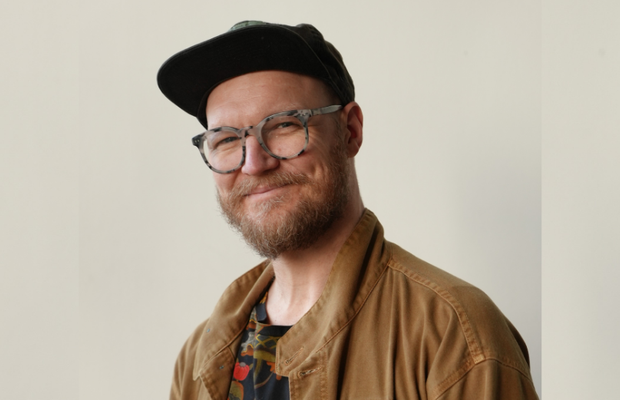 Cape Town-based production company Robot is a proud supporter of LBB and South African creativity. Over the course of this interview series, we’ll be hearing from many of the great creative minds who are driving the country’s industry forward. Through these voices, we’ll learn more about one of the world’s most underrated creative capitals.
In this interview, LBB speaks with Carl Addy to find out how the vibrant influences of his childhood have had a lasting impact on his creative style today.

LBB> Let’s start at the beginning - what early memories do you have of South Africa and its culture?

Carl Addy> I grew up in Durban, which is a bustling tropical city of surfers, skaters and the seaside. It's a very multicultural, bright, bold and colourful environment with saturated hues. It’s a truly African city.
There was always a heightened sense of bold visual aesthetic with a melting pot of influences around me. South Africans never take themselves too seriously, there’s humour everywhere and it’s a great connector of different cultures.
In general, and especially back when I was growing up, there was a real mix of American and English entertainment, which you'd be watching amongst the South African home-grown entertainment. So you get this real blend of influences and it explains why a lot of South Africans transition pretty well to the States or the UK culture. There's a lot of shared nostalgia and sense of humour.
In South Africa, I feel like we are blessed with two things. The one is that we don’t have fixed ceilings - anything is possible. No one is telling you, you can’t do something. Budgets are always smaller so you just get things done, you find a way and build resilience out of necessity.
The other is that we weren’t always on a global stage and the bubble was smaller, so we didn't feel the crushing pressure of having to compare ourselves, or compete against the best artists and designers in the world. A safe detachment and a healthy sense of awe of international artists, allowed us to really explore our own voice. I find being an outsider to a market allows you a lot of freedom and gives you a fantastic sense of objectivity to see the bigger picture and stand out.

LBB> How does your background influence the work you do today?

Carl> To this day, I'm drawn to a very bold, maximalist style, especially when I’m doing something illustrative or graphic. I very much see that as a product of being around a culture that was so bright and vibrant and was a melting pot of cultural influences. I see its visual touch on the work that I do.
I also didn't grow up worrying about how to do things properly. You just hustled. You got friends together, you reached out to people you probably shouldn't be reaching out to, you went for work you probably shouldn't be going for because you had no right to. But there was no one to tell you that you weren't allowed to! You just did it because it was fun and you figured it out with your friends. I think that spirit lives on in the way I operate now, just in a more mature way. I don't fear boundaries. So I think that's a really nice influence from growing up in South Africa. My background has given me a healthy sense of humour and a can-do attitude in whatever I do.

Carl> Since then, I’ve done the Valorant piece, which is a four minute anthem film for Riot Games. It's a massive mixed media avalanche and combines all the stuff I love: writing, directing live action, big visual effects and crazy kinetic camera techniques and transitions. And then there are animated graphic sequences all with Easter eggs of discovery for gamers throughout. Hell-of-detail, but a cohesive whole.
I’ve also taken some time to partner with a new venture called Mayda, a global collective of directors, artists, technologists and business people that fuse strategy and end-to-end thinking with future forward craft.

LBB> What do you most love about your job?

Carl> I would have to say growth. I'm lucky that, regardless of being in the industry for quite a while, I'm still constantly learning, constantly trying new things and being inspired. It really is such an invigorating practice for your brain. The whole creative industry is a bit of a tightrope exercise, but the more experience you get, the less vertigo you get. I think that's the sweet spot where really interesting work happens with visionary clients.

LBB> How would you describe the industry in South Africa at the moment, and are there any trends which are exciting you?

Carl> There’s a spotlight that has been rightfully turned on the country and revealed what has always been there: potent voices and dynamic visual language and storytellers. As far as trends go, I hope that the infectious nature of how talent spreads and great work gets noticed continues, and that South Africans get to be rightfully recognised as a powerhouse of visual language.
South Africa’s distinct style is so powerful and very transferable onto an international stage, so it's wonderful seeing it just bubbling out at the moment.

LBB> You’re now living in the UK. What are some of the biggest differences between the two places in terms of creativity and what do you miss about SA?

Carl> With South Africa being a smaller industry, it’s a little easier to get a good brief, build relationships, work your way up, compared to a much much bigger market like the UK and US.
For a long while, I struggled to get the same type of network that I had when I was in South Africa. There, the peer group that I was in and the context around me made things possible. Whatever we wanted to do, we could do. It took me a while to re-grow that in this environment, in a global environment. But that rebuilding is also part of the fun.

LBB> So would you say that it’s more competitive in the UK?

Carl> Yes, purely because it’s a much much bigger market. I think there's also a formality here in the UK because business is often gambling on a much bigger scale. You have to have real credibility and a network to win the trust of your clients, and as part of that, you have to have a more formal structure around you to show that you’re not just a crazy creative who's going to wreak havoc on things. Tried and tested is a much safer bet when businesses are looking for talent. So your reputation and resilience is everything.

Carl> Some friends of mine launched a surf brand called Mami Wata, and I love that they're all about African surf culture. And therein lies a quintessential bold style, an authentic voice and style. Looking in atypical places and mining new territories for fresh influence is important. Upending culture and looking at surfing in a new non-familiar way to the typical California-style we’ve all come to know. It breathes new life and context into surfing.

LBB> Do you feel that being a South African creative in the UK gives you a different approach to creativity at all?

Carl> When I grew up, South Africa was this small place on the other end of the world, disconnected. We didn't really have a huge amount of big pop stars and rock stars and famous actors. And so, I like the fact that the way I do my work is approachable, that I don't believe you have to act important to be meaningful. I think that great work comes from creating open dialogue and accessible ideas for people to put their passions towards.
I like to think that I still have the spirit of a kid who looks at inspiration and opportunity with wide-eyed optimism and excitement, and I bring that and my sense of humour to the work. I still get super excited, I still can't stop smiling when I'm really happy to see or hear something exciting or something fresh.

LBB> What exciting projects are you working on next?

Carl> Being involved in this new collective, Mayda. Figuring out how we can build the foundations of a business that really is of the now, that hasn't inherited practices that have to be there because they’re part of an older, more established and bigger business. It’s amazing that at the forefront of what we're  building right now is the idea of organising around opportunity as the opportunity arrives, with as much flexibility and potency as possible.

LBB> With creativity getting more and more global - how do you think that will transform the industry in the next few years?

Carl> One of the positives will be that originality and distinct voices will get noticed. Brands are so visible now, you can see who is out there doing what, and you don't need gatekeepers to get to them. You can also see that bravery and bold work is being rewarded and is getting noticed. And it gets noticed before it goes through a brand paradigm. So even just the artists, directors, writers and everyone else, you can see them through their own platforms. They become their own brands. You can just see great work and appreciate it. So I think that's a big positive change for the way things work.