As young directors navigate a new era, Stone Dogs co-founders Brian Carbin and Dave Kiddie outline how to get your work seen amidst a changing industry landscape 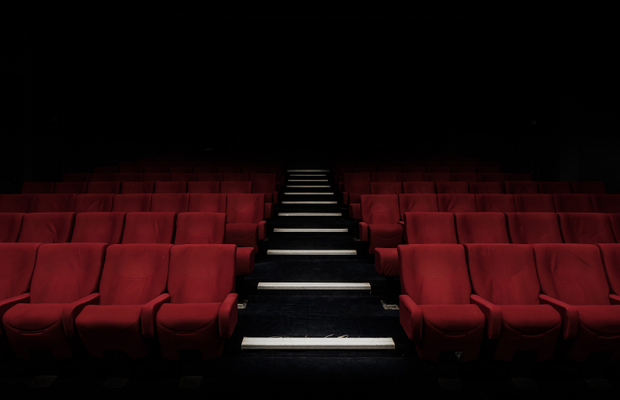 As the sun starts to creep higher in the sky and we emerge from a winter more bleak than most, there’s a faint but palpable sense of optimism. Finally, perhaps, we can start to dream about one day - perhaps not too far in the future -  referring to the pandemic in the past tense.

It feels like the ramifications of the past year have affected us all in a million unique ways. For people like us in post production, it’s been a challenge setting up chunky equipment in the space of your own home whilst your family is using the WiFi to play Fortnite. For production companies, there’s been a revolution in remote filming and many projects have been downscaled. For young directors trying to break through, however, everything has changed.

On the practical side, how do you go about making low-budget films during a pandemic? What happens to casting? And once your film is made, where do people see it in a world where awards shows are delaying a year? Once awards shows come back, is the backlog of entries going to make things even more competitive than before (which, by the way, was already very competitive)?

The multi-million dollar question for so many in our industry is this: How many of the changes we’ve seen this year will prove permanent, and how many are simply short-term measures? If anyone tells you they know the answer to that, it’s a fair bet they’re making some heavy assumptions.

The Given the sheer scale of the uncertainty, we wanted to put together a handy guide for young filmmakers looking to make their big break in the year 2021…

All In The Preparation

- First things first, ensure you set a budget for how much you want to spend on festival submissions and deliverables (here’s where you can find more information on those).

- Speaking of which, get your festival deliverables together as soon as you start applying for festivals. Find out what type of file format they will accept, and the maximum size. Most festivals have a spec sheet. Don’t forget the deadline for uploading it - you don’t want to have a file rejected on the last day of delivery! This comes from experience - you don't want to risk missing a screening because of some boring admin reason.

- Find out when your film’s director (if that isn’t you) is free to travel to festivals if invited. The director is key - you could also look at the producer, writer and actors but be sure to make a note of the director’s obligations and blackout periods as a priority.

- This is an important one - be aware that festivals value having premiere status, so you won't get into an A-list festival if your film is online or has already played a C-list festival. In the eyes of festivals, this is how the hierarchy looks:

1) Worldwide Premiere - this is simply the first time your film is shown, wherever that may be in the world.

4) Territory Premiere - for example, the first festival to show your film in Italy would be able to promote the screening as the Italian Premiere.

- Each festival has its own PR strategy in terms of announcements - don’t announce your screening, even on your own social media, before the festival has put out its official line up release.

- Once you have secured your first two to four festival invitations, proceed to submit the film to every festival anywhere which is either free or useful.

- As soon as you get a festival invitation, ask a few questions. What are the premiere status requirements? Will they pay for materials, translations, or any shipping? Will they invite the film team to the premiere and offer any hospitality (they rarely pay for flights and accommodation but may offer a per diem)? If they don't do any or all of the above, will they pay you a screening fee?

- It doesn't happen often, but it's worth a cheeky question just in case. If it's nearby, you should try to attend and network at the festival.

- If you are attending a festival, bring your camera. Take photographs and upload them to your IMDb page (much more on that later), and be sure to tag the festival on social media.

- When you are free to announce your festival premiere, you should be able to set up an IMDb page for the film. This is most definitely worthwhile.

- Use that IMDb page as your personal free PR platform, and work it to the absolute maximum. Set a Google alert to update it regularly with any snippet of news or material which can be linked to it or loaded onto it. This can include trivia, location thank-yous, or anything you feel like (within reason). When doing this, use as many keywords as possible so that niche festivals (youth, comedy, LGBTQI, etc) can find it easily.

- On the same note, make sure all of your social media pages (as well as any website you’re featured on) links back to that IMDb page. Try to set a weekly 15 minutes to Google search and check all the sites are up to date with anything useful which you could link to.

- It sounds funny, but rope in your friends and family to log in and rate the film on IMDb. The more people who review a film, the more credible its score is. But, be warned - if everyone just gives it 10 out of 10 they’ll automatically discount your rating. So perhaps instruct your friends to be kind, but fair…

- If you don’t have access to someone who can design good layered artwork, make a selection of stills or screen grabs in the highest available resolution and just put a title treatment on it.

- Don't put any more than a short excerpt online before the first few festivals have played the film.

- And finally, don't use a trailer unless you have a good one. A good excerpt is better than a bad trailer.

So there you have it. Of course, this isn’t an exhaustive guide and it won’t fix many of the long-term problems thrown up by the pandemic. What we hope, however, is that one or two of the pointers in this list can help get your short film off the ground.

Just as much as ever, our industry needs fresh ideas and new talent. It would be a tremendous waste to let the pandemic get in the way of that.

Stone Dogs is a boutique VFX and finishing house in the heart of Fitzrovia. The founding team of Brian Carbin and Dave Kiddie have a combined 40 years post experience at world-renowned post facilities. Working with brands such as Apple, Adidas, Nike, Volvo, Mercedes, Bacardi, Pampers, Gillette, Oral-B and British Airways.