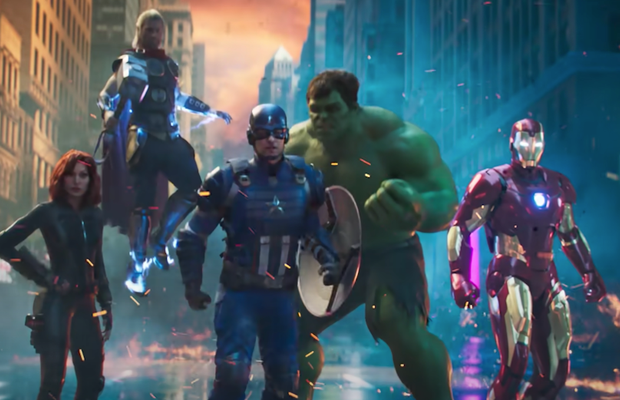 Leading-edge video game developers Crystal Dynamics and Square Enix have assembled an all-star team, led by BBH NY, to promote the release of a brand-new third-person action-adventure game with an original Avengers storyline in their launch of Marvel’s Avengers. BBH enlisted RSA Films’ Jordan Vogt-Roberts, the award-winning filmmaker behind the blockbuster Kong: Skull Island, to direct the CG trailer campaign.

The game debuts on PlayStation 4, Xbox One, PC, and Stadia. Next-generation versions for PlayStation 5 and Xbox Series X are also planned for later this year.

Super Heroes have always played influential roles in times of crisis. They have since they were first introduced in the wake of the Great Depression and have inspired generation after generation through the 20th century. Their role in the 21st century is unchanged, giving us hope even in difficult days.

In the midst of a new crisis that forced us all to isolate and go indoors, there couldn’t have been a better time for the Avengers, with a one-of-a-kind game underscoring the point that we’re stronger together.

Crystal Dynamics and Square Enix selected BBH NY as their agency partner after a highly competitive pitch process, charging them to create a campaign that puts the release of Marvel’s Avengers in a league of its own.

Although the whole team was physically spread apart due to Covid-19, the story inspired them to come together and make something truly memorable.

Featuring the iconic characters in an original and evolving Avengers storyline, the supporting global campaign showcases the Avengers trademark teamwork and wit, as well as what it feels like to play, for the first time, as Earth’s Mightiest Heroes.

BBH NY assembled world-class talent to work in collaboration with the creative and marketing teams at Crystal Dynamics, Square Enix, and Marvel:

The global campaign includes a thrilling animated CG trailer along with a content series called Superior Seminars, which introduces what it’s like to play as the new characters in a way that only the Avengers could pull off.

“Marvel’s Avengers is a massive, ground-breaking game featuring the world’s most-popular Super Heroes,” said Shaun Escayg, creative director for Marvel’s Avengers at developer Crystal Dynamics. “BBH NY identified the creative team that would be required to bring these characters and new stories to life the way our game and the Avengers deserve.”

“We selected BBH NY because of their deep knowledge and love of gaming,” said John Heinecke, chief marketing officer, Square Enix. “They reminded us of how the Avengers are the perfect Super Heroes for this moment, bringing to life the value of teamwork and proving that no threat is too large when we fight as one.”

“This was a true team effort. In such a difficult time, the whole team had to rally together every day to give this game an Avengers-worthy launch. We couldn’t be more thrilled to have partnered with ILM and Jordan Vogt-Roberts, who brought an unmatched level of love, energy, and enthusiasm to this project. We are equally grateful to our clients at Square Enix and Crystal Dynamics for the opportunity,” said Jonathan Mackler, executive creative director, head of creative, BBH NY.