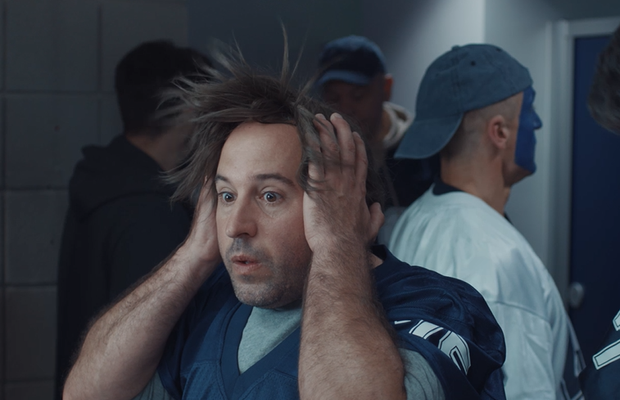 BBH New York has launched a new campaign for FanDuel - the first since the agency was announced as its new lead creative agency.

Gerard Caputo, CCO of BBH NY, said: "The challenge was to create two distinct campaigns under the More Ways to Win idea, each having its own role while ensuring the creative feels cohesive and consistent under the overarching FanDuel brand.”

The first spot, 'Toupee' launched on Monday 12th of August.

"Many times as fans, we find ourselves saying we 'knew' what was going to happen in a game,” says Caputo. “Building a campaign based on that insight, we featured fans rather than pro athletes, celebrating their winning predictions in a variety of humorous settings. The campaign is designed to be hardworking in the way it integrates the product as well as entertaining to rise above the sea of offer messaging and coupon codes prevalent in the category.”

For example, 'Toupee' takes place in a football stadium restroom, where an overzealous hand-dryer is causing a fan’s toupee to fly off his head. Just at that moment, another fan exclaims: “I knew it!,” to the toupee-wearer’s chagrin. However, the fan continues in a different direction. He claims he knew which team would be the winner, and so he had live bet the outcome on Sportsbook while at the game, ending with the line, 'If you know it, bet it'.

The first spot in the 'Find More Ways to Win' campaign is Armrest Battle.

'Armrest Battle' is set on a crowded airplane, where two seat-mates are competing for the limited amount of armrest space. “I wish there were more ways to win at this,” says one passenger, while the other passenger explains how many ways there are to win with FanDuel this fantasy season.

"Everywhere you look, there is intense competition in life, but most times it feels like these situations offer you only one way to win,” said Caputo. “Our strategy for the 'More Ways' campaign is based on this insight. Our campaign depicts everyday competitive situations and comedically demonstrates how with FanDuel Fantasy Sports, always provides more ways to win.”