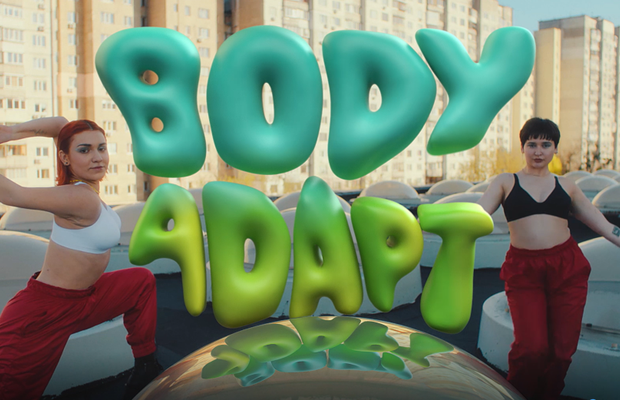 As Gen Z overtake millennials as the most influential consumer group, sloggi’s brand strategy has been revitalised to reflect this. Encouraging Gen Z to use their cultural influence, this campaign focuses on the energy of collective empowerment being seen all around the world in on and offline acts of creativity.

Showing bra-wearers as their authentic selves, from artists to skaters, musicians to braiders, gymnasts to drummers, MullenLowe shone a spotlight on six individuals via a series of spinoff films. This global creative approach continues to act as a springboard for locally activated campaigns featuring local creators and makers from New York to Berlin.

Directed by Quinn Wilson during the pandemic, Body Adapt highlights the powerful transformative technology of the sloggi Body Adapt bra and the brand’s raison d’etre, to help everyone move through our world in comfort and style.

Body Adapt will go live on paid, organic and earned online channels. Media is being handled by Wavemaker. The music track is a re-recording of 00s stalwart hiphop by a new generation of female talent in Eva Lazarus and RAE.

Mark Single, global head of marketing communications at sloggi said: “When we created a revolutionary bra like Body Adapt, which moulds to your shape and fits snuggly day after day, we knew we needed a campaign to convey that. The work we've created with MullenLowe encapsulates the style and adaptability of the product while giving a platform for our cast of amazing women to show us how they move through the world in comfort each day, adapting to whatever the world throws at them.”

Ewan Paterson, chief creative officer at MullenLowe Group UK said: “It’s a wonderful celebration of Movement. And the freedom it empowers bra-wearers the world over. With an idea that uniquely empowered influencers, from across the globe, to enrich the campaign with their vision of what freedom of movement means to them and their lives.”