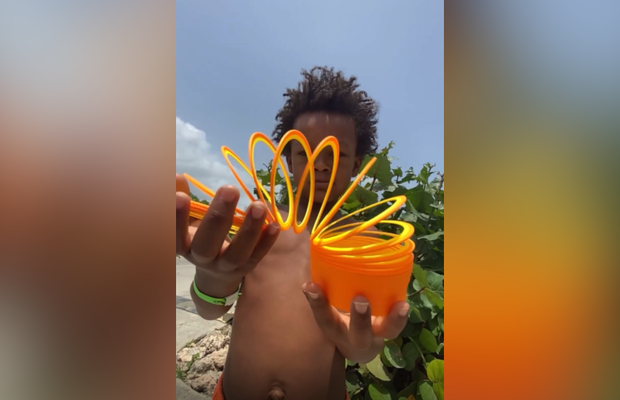 Today, children’s consumer goods leader Just Play unveils a new sound for Slinky, the original walking spring toy, and invites others to join in by creating their own remixes. Launching in tandem with National Slinky Day, the new interactive campaign remixes the original Slinky jingle across social platforms such as TikTok and Instagram, leveraging influencers to get the word out and drive participation. This initiative kicks off Just Play’s partnership with Red Tettemer O’Connell + Partners (RTO+P) and Slinky’s social media debut across TikTok and Instagram under the handle @original_slinky.

“National Slinky Day is the perfect time to bring this iconic brand to a new generation in a fresh, relevant way,” said Geoffrey Greenberg, co-president of Just Play. “Slinky truly is the original fidget toy and has long been an inspiration for creativity and innovation since its invention by Richard and Betty James in 1945. We’re excited to see where today’s content creators will take it.”

The campaign launches on Monday, August 30th with a 30-second video across social platforms. The clip mashes up old archival footage with new imagery of adults playing with Slinkys. The post directs consumers to Slinkys SoundCloud page, where they can access original Slinky jingle elements to create their own remix. Anyone who posts a new Slinky sound with #SlinkyRemix and tags the brand (@original_slinky) could win a Slinky Swag Pack, containing Slinkys and gear. Plus, one jingle will be featured in a national advertising campaign and win the ultimate Slinky prize package. The campaign includes paid TikTok partnerships to keep driving solid submissions.

“We’re thrilled to partner with Just Play to announce a new sound and social media presence for what’s arguably the most memorable jingle of all time,” said Steve Red, president and co-chief creative officer at RTO+P. “Our goal here was to interweave old and new, coupling vintage footage from new creators and an old favourite song with a new sound to remind those young and old that this toy is back and better than ever.”

Slinky debuted in 1945 at Gimbels Department Store in Philadelphia and sustained popularity throughout the rest of the 20th century. When it was inducted into the National Toy Hall of Fame in 2000, more than 250 million had been sold to date. Available at all major retailers, Slinky remains well-loved by both children and adults alike. As Slinky prepares for its next 75 years, the brand has made its move into the social and digital space with this National Slinky Day campaign launching today, August 30th.