Sir John Hegarty on the Future of Talent: “Your Own Black Book Has Become A Very Limiting Way To Find The Right Person”

Sir John Hegarty, founder of BBH, co-founder of The Garage Soho, and now chairperson of Genie, sits down with LBB to discuss the future of creative talent, the decline of good writing, and how brands can effectively work with influencers 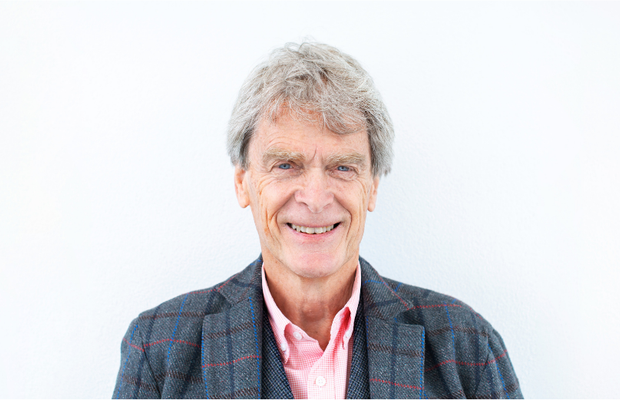 Advertising is in a period of change, especially so when it comes to talent. Yet, as Sir John Hegarty points out: “The pursuit of talent has always been an industry problem. I always said at BBH, the thing that held us back more than anything was trying to find the best talent.”
So while it’s no new phenomenon, current circumstances have pushed the problem of advertising’s future to the front of industry conversation: “The way people want to live now has evolved and changed. It’s made the solution even harder. Instead of a brilliant writer or art director saying they’re happy to work five days, they’re now perhaps saying they’ll do three. So we’ve reduced the available talent.”
LBB’s Molly Innes, sat down with Sir John Hegarty to find out what the future of advertising looks like to the advertising stalwart, why the issue of agency vs in-house isn’t necessarily black and white, and where brands risk going wrong when working with influencers.

“Since the beginning of time we've been obsessed with three things: the future, speed, and access,” says Sir John Hegarty. “And the danger for the agency model is that it’s slow to respond.”
“I feel now when talking to people in agencies or working with them, they’re quite corporate in their response. Too many systems involved. They have to, and I say from the outside, be more responsive and faster - more nimble.”
“For me, they’re too corporate and bureaucratic,” he adds.
It’s no wonder then, surely, why the systems are changing:  freelancing is on the rise, in-house production in-vogue. So are agencies flailing?
“People say ‘Oh, it’s the new thing, look - everyone’s going in-house,’ but it’s a question of a much more diverse industry,” he says. “These things are discussed as black and white, either/or, but I think we shouldn’t be viewing it as a threat, it’s just as another way of working. And it works for some, and not everyone.”
Whether it’s in-house or agency side, Sir John says there are clear issues across the board:  “I’m hard put to name a campaign I’ve liked over the last two or three years.”

Sir John points out the automotive industry as being one of the worst offenders for a lack of creativity when it comes to creativity, or a lack thereof.
“Look at car ads, whenever they launch a new car, it’s always ‘the all new,’ and well, if you’re all using the same phrase, I assume you must all be the same. It’s meaningless, lazy.”
“I remember the famous Fast Fiat launch, ‘A bit of a wolf in sheep’s clothing,’ but today, you get this laziness,” he says.
He suggests it all comes back to the decline of communication and writing skills: “When I was creative directing at BBH, I used to aggravate the writers by going around saying, you know, ‘words are a barrier to communication,’ but really I was trying to make them realise that words have enormous power, and being able to write and write brilliantly requires an enormous amount of skill, and an enormous amount of editing.”
“Sadly, those skills seem to be lost, as we’ve disregarded the skill of the writer,” he says. “The communications industry has disposed of the skill, and it shows - we suffer from it. We lose them at our peril.”
“It’s become about captions, as opposed to a piece of writing which is intriguing, with smart writing drawing you in.”
The solution? Well, he says, “Getting people to appreciate it and understand the value.”
“People say we live in the age of the soundbite. But we’ve always lived in the age of it, so that’s nonsense.”
And it’s about the audience too. “The value of appreciation in advertising has declined enormously in the last 25 years, so that’s the audience we’re talking to,” he says. “You look at Netflix, or output from BBC, there are wonderful brilliant programs with plot twists, but it’s not happening in advertising and that’s what we're competing with. If you’re watching something on TV, other forms of entertainment are your competitors.”
“You’ve got to think: ‘that’s happening there, why not in my industry?’ We don’t sit in a world of our own, people don’t go ‘Oh I’m going to watch some ads’ - People come and watch what’s interesting. If the ads are good then they’re good, if they’re not they don’t watch them.”

“Speed is increasingly of the essence,” he says. “And spending a huge amount of time trying to find the right talent becomes harder and harder. Your own black book becomes a very limiting way of trying to find the right person.”
As the chairperson of AI-based freelance matchmaking service Genie, John is acutely aware of the rise of freelancers in the industry. He also emphasises the need for quality too. “The move towards the greater use of freelancers isn’t just driven by people’s desires, the industry is crying out for the skills and agencies want to call up people when they need them. We’re building a valued pool.”
The rise of social media influencers plays a part in the quality of advertising too: “It’s another way for brands to communicate with their audience, but it just depends what kind of brand you are.”
Brands need to be tuned in to how influencing works, says John: “Are you just delegating the responsibility of your brand to an influencer without the understanding of what you do and how you do it?”
“I love the idea that it’s a different kind of creative relationship. But if you’re a really good client working with influencers, your job is to brief them and make sure they understand the values you stand by,” he says. “But also it’s about saying ‘Now you come up with an idea, I’m not going to control you.’”
“In many ways influencers can be an energising form of communication, because all of a sudden there are all these minds thinking about how to solve a problem - that’s very interesting. But it’s still got to be part of a program. Great brands stand up and make statements about themselves and say what they believe in, and put money into that. Not: ‘I’m going to chuck some money at some influencers and see what they come up with.”
“We’re obsessed with the future, but I do think it’s a worthy topic,” he concludes. “When you turn on a TV or flip through social media, what you see is dire. We do have a problem. It’s worth asking ‘What’s happening here, how do we solve it for tomorrow?’”
And he says he’s “cursed as an optimist,” but that, ultimately, “We’ll get back on track.”

More from The Garage Soho

The Blind Man Who Could See: A Creative Philosophy from Sir John Hegarty