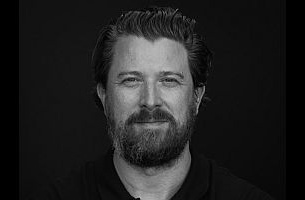 Veteran creative Shannon McGlothin is joining BBH New York as Executive Creative Director. Shannon joins fellow ECD Gerard Caputo and will be responsible for running the Global Vaseline business along with helping round out the creative leadership of the New York office.

With fifteen years of experience overseeing strategic and creative engagements on leading brands, including global and integrated campaigns, Shannon has worked with clients such as Samsung, Coca-Cola, Nike, The GAP, LVMH, PlayStation and Electronic Arts. Previously at Omelet, Leo Burnett, Deutsch, Crispin Porter + Bogusky, and Wieden + Kennedy, he has been awarded by Cannes, CLIO, D&AD, and The One Show for his dedication to enhancing the art of creativity. Shannon is a graduate of Indiana University and the Herron School of Art.

Additionally, in recent months the BBH New York office has bolstered its creative department, promoting Lucas Bongioanni, Philip Sicklinger and Alex Booker to Creative Directors along with the hire of Colin Kim as Creative Director.

Ari Weiss, New York CCO of BBH, said: “Shannon and I crossed paths at Wieden & Kennedy in Portland and ever since I’ve been a huge fan of his work and Shannon as a person. His incredible eye is only surpassed by his big thinking. He’s proven it time and time again with iconic campaigns including Coca-Cola Video Game and PlayStation To Michael. Great creatives do great work wherever they go and Shannon has done just that. We’re extremely excited to have Shannon join our team and look forward to the amazing things to come."