See the Other Side as TfL Marks Road Safety Week 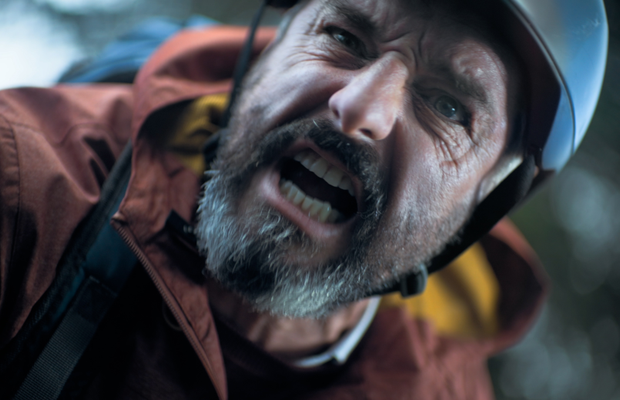 TfL, has today launched ‘See their side’ a new culture change campaign to mark Road Safety Week. TfL worked with UK agency of record, VCCP London to create the integrated campaign which will contribute to the Mayor of London’s Vision Zero objective of having zero deaths and serious injuries on London’s roads by 2041.

In the new campaign, TfL targets all road users, encouraging them to ‘See their side’ and be more considerate of each other. The campaign launches with a 60” hero film which is designed to highlight the lack of empathy and understanding that road users often have for each other, and reminds road users that everyone else on the road is a human being just like them. ‘See their side’  is an integrated campaign which is part of TfL’s cultural framework which calls for a shift towards better road user behaviour. The hard hitting creative is positioned to inspire a more considerate attitude to road culture to make London’s roads safer for everyone.

The thought provoking TVC by VCCP London was directed by celebrated HLA Director, Simon Ratigan. The emotive film targets all London road users, and appeals to the audience’s emotions with the presentation of a very real, albeit disturbing interaction between a car driver and cyclist who narrowly escape a collision. The initial fury is drowned out by inner monologues, until the anger subsides, they both realise how their behaviour has affected the other's, and they express genuine concern for one another. The film draws to an emotional conclusion with both road users who are visibly shaken up asking whether each other is ok.

Miranda Leedham, head of customer marketing and behaviour change at Transport for London said: ‘At TfL we want to make London safer for all. We’re incredibly passionate about this objective and ‘See their side’ is a film we wanted our audience to resonate with. The end product is a film which pulls at the heart strings and really encourages all road users to wake up and think about the potential of their actions. We’re fully behind helping The Mayor achieve his Vision Zero ambition to eradicate deaths and serious injuries from our roads and make London a safer place to live.’

Simon Learman, creative director at VCCP London added: ‘We set out to create a film that directly tackles the tribal culture which currently dominates London’s roads. By dramatising how we really feel in moments of tension on London streets, we start to break down the barriers between road users and engender a greater spirit of understanding and generosity. This campaign speaks to VCCP’s challenger nature and if ‘See their side’ can encourage road users to be more mindful with their behaviour, then we’re confident we will eventually move towards a London which is safer for all.’

The integrated campaign ‘See their side’ is live from today and will run in London for a number of years, as part of the longer term goal to have zero people killed or seriously injured on London’s streets by 2041. The film will be aired on TV and in the Cinema and the creative will also roll out in OOH format. Media has been planned and executed by Wavemaker.