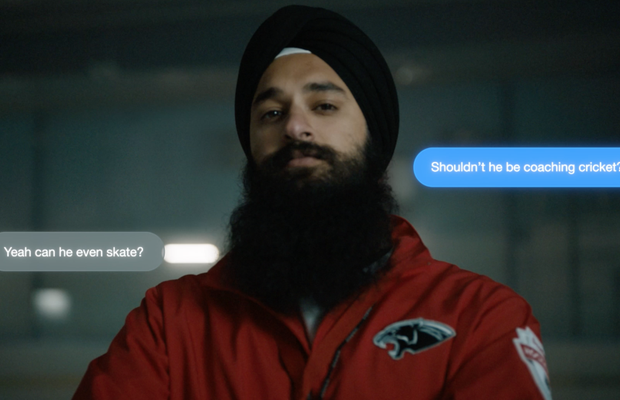 Scotiabank believes that hockey is for everyone. That’s the message behind the bank’s new platform, hockey for all, which aims to make hockey more diverse, more inclusive and more accessible for all.

The platform – introduced on the first day of the NHL’s 2021/22 regular season – will contribute $2 Million over the next 12 months toward programs that focus on increasing diversity and inclusion among community and grassroots hockey organisations across Canada.

hockey for all is anchored by a 60-second TV and OLV cinematic launch spot that aims to stimulate conversations between Canadians around diversity of thought, experience, and equity in hockey. It stars talent like PK Subban, Harrison Browne (the first openly transgender athlete in professional hockey), Ethan Bear, Billy Bridges (a Paralympic gold medallist and World Champion), and Jayna Hefford (a four-time Olympic gold medallist) – real athletes who have experienced discrimination on the ice and are triumphing in spite of the real, hurtful things that have been said to them throughout their careers.

“When you’re dealing with subject matter as important as this, authenticity becomes extremely important,” says Dhaval Bhatt, creative director, Rethink. “That’s why all of the lines were sourced from actual interviews as well as real comments posted online. We also shared our work with the athletes featured through the process to ensure we told their story in the right way.”

“To us, hockey for all  is so much more than a tagline,” said Laura Curtis Ferrera, Scotiabank’s chief marketing officer. “We believe there is a place for all Canadians within the game but until now, too many children from coast-to-coast-to-coast have faced obstacles. hockey for all is our effort to change the game forever by eliminating barriers, challenging norms and stereotypes, and breaking the game wide open – for every future.”

Developed in partnership with Scotiabank’s creative agency, Rethink, hockey for all is supported by in-arena and in-branch signage that includes photography (shot by Chicanx New York Times photojournalist Roy Baizan) of the real athletes, coaches and community players from the launch spot. Airing alongside the launch spot will be 30-second documentary-style videos highlighting real athletes’ stories of overcoming adversities and their triumphs.