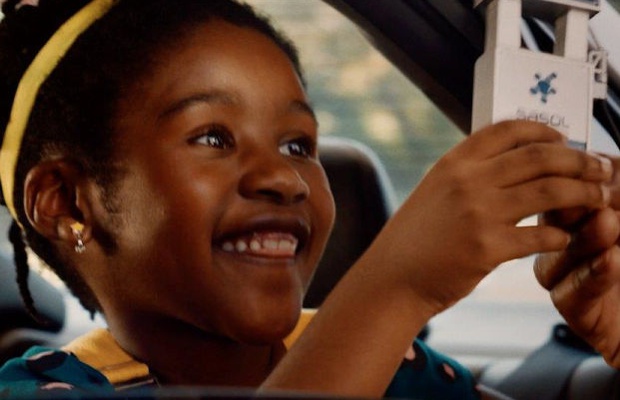 Sasol Energy has invoked an iconic South African ad first released 27 years ago in its latest fuel campaign from FCB Joburg – coincidentally the agency responsible for the original spot when it was Lindsay Smithers-FCB.
Sasol's original ‘Super 100 Glug-Glug’ – featuring a red Ferrari, Jack Russell and little boy playing in his bedroom - was launched in 1991. Not only was it one of the most awarded ads of that year, when Millward Brown celebrated 25 years of AdTrack in 2010, it was named the Best Consumer Liked Advert for the Past 25 Years. It was followed by a series of ads then referred to as the ‘Ama-Glug-Glug’ TVCs.
The new TVC was created under the guidance of FCB Joburg chief creative officer Ahmed Tilly, based off a brief from strategic director Kabelo Lehlongwane. FCB Joburg’s creative director Bonginkosi Luvuno, copywriters Yenani Madikwa and Nhlanhla Ngcobo and art director Fezi Mpembe all worked on the campaign. It was shot in Johannesburg over three days by Star Films' Tebogo Malope with post-production from Left and Geppetto’s.
According to Lehlongwane, the South African fuel retail trading climate has evolved at a swift rate over the last ten years so that there is currently an extremely competitive landscape. Additionally, consumers have a very low loyalty threshold for fuel brands, and simply stop at the closest filling-station to fill up.
“The challenge put to the agency was to ensure that the Sasol Retail Network regains a widespread marketing presence, reflective of its strong heritage brand,” Tilly said. “In a nutshell, we needed to distinguish the brand’s positioning and provide a compelling reason to attract customers to Sasol sites.”
Sasol’s re-entry into the marketing space had to disrupt the market by creating talk-ability without losing the core brand essence. Understanding the customer mind-set, emotions, buying decision, media consumption and patterns were paramount to the campaign’s effectiveness.
The new TVC, ‘Sasol – The Ritual’, launched on April 3. It makes reference to Sasol’s previous successful ads – ‘Super 100 Glug-Glug’ and ‘Ama-Glug-Glug’. These ads highlighted the superior fuel performance while ensuring a humanised emotional element that connects with customers by being distinctive, memorable and lovable.
‘Sasol – The Ritual’ brings these elements to life while resonating with the modern age and staying true to the ‘Sasol Today, Sasol Forever’ taglines. It provides many good reasons – intellectual and emotional – for consumers to choose Sasol, even if it means driving a little further.
Tilly explained the creative rationale: “Sasol’s technical attributes make it a superior fuel. Today we remind people who know us about the magic of Glug-Glug and we introduce Glug-Glug to a new generation of South Africans. It is hugely exciting and a massive privilege to be part of this story.”